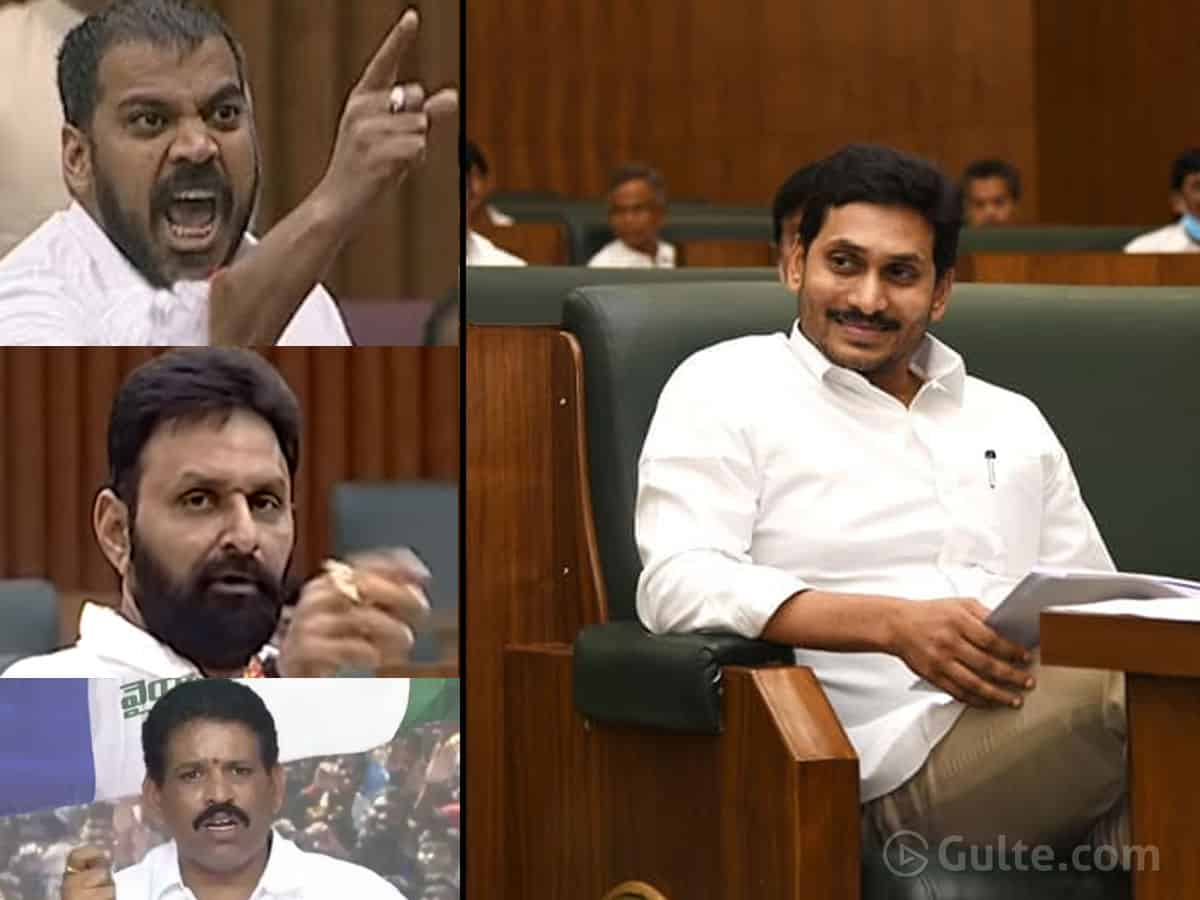 Of late, the ruling party in Andhra Pradesh and its senior leaders have been in news for wrong reasons. The charged and devil-may-care behaviour of the ministers in the Legislative Council who went onto the extent of thigh-slapping the council and who almost indulged into a physical fight with the opposition leaders have become a hot topic in political circles. However, this is not new for YCP leaders.

In the past one year of ruling, YSRCP has equally courted several controversies besides delivering Navaratnas. Be it the renegotiation of Power Purchase Agreements (PPAs), or reverse tendering of Polavaram Irrigation Works, or dissolving APCRDA bill and passing resolution for the decentralization or the recent order to cut down the tenure of the State Election Commissioner and subsequent removal of Nimmagadda Ramesh Kumar as the SEC, the ruling government did take several contentious decisions.

At the same time, CM Jagan is equally best in taking strong decisions at the spur of the moment. In fact, his decision to give Rs 1 crore compensation to the LG Polymers gas leak victims was hailed across the country. He had personally visited the victims and their families at the KGH hospital.

YS Jagan has been known as the firebrand politician. Be it quitting Congress or bravely going to jail or doing a record-long Padayatra, Jagan has shown his courage and fighting spirit. The avesam of Jagan and his party leaders like Kodali Nani, Anil Kumar Yadav, Chevireddy Bhaskar Reddy, the list goes on.

It is the avesam of YCP that turned out to be strength in some instances and turned out to be weakness in many instances. In politics, one also needs strategy along with courage and bold stand. Especially, the recently made personal remarks on opposition leaders are bringing a bad reputation.