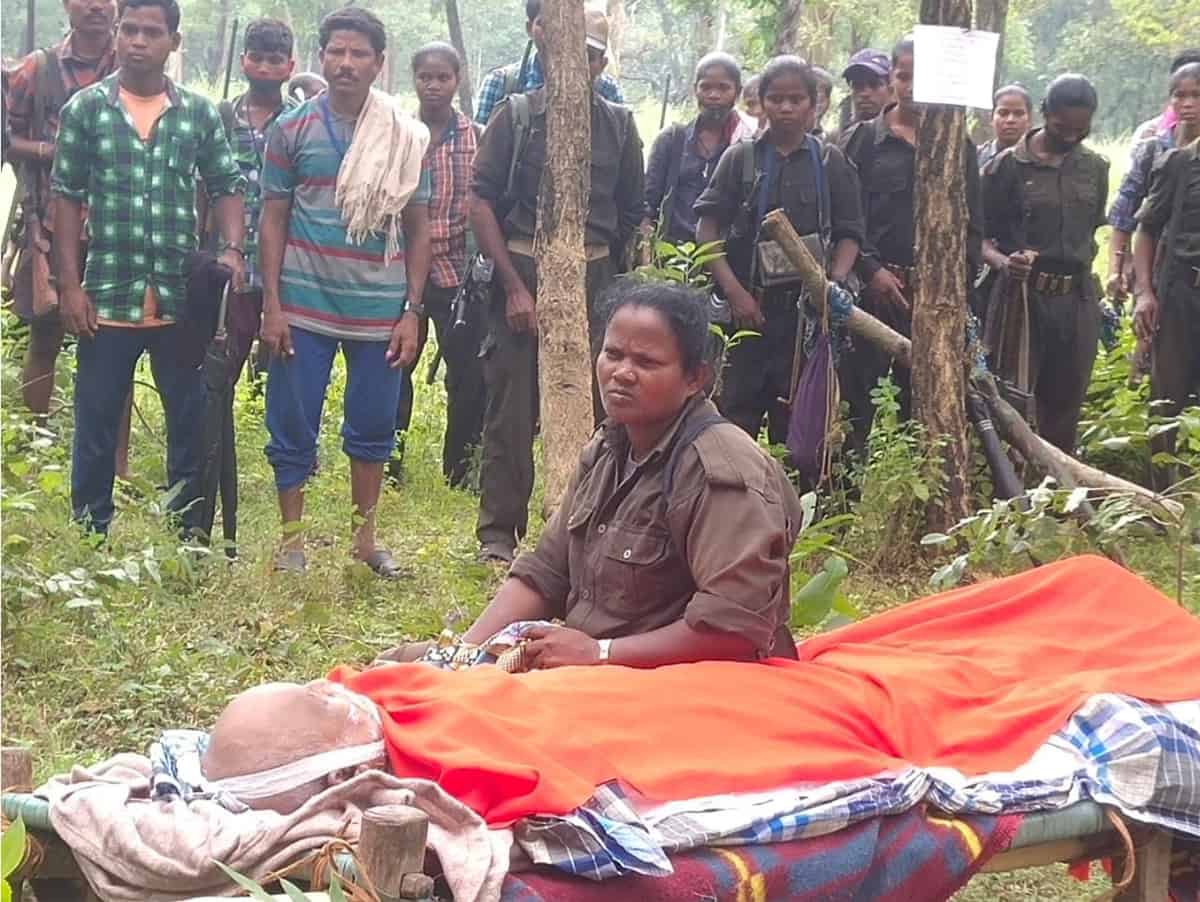 Akkiraju Haragopal alias Ramakrishna alias RK who is the top Maoist (Naxal) leader and a central committee member died due to prolonged illness in Chhattisgarh earlier this week. The Maoists group has acknowledged the passing of RK and it was a huge setback for the green outfit.

The reason for RK’s death is not yet known while intelligence agencies received credible information that RK had not been in good health for quite some time now. He breathed his last on Thursday at a Maoist camp in Dandakaranya in Chhattisgarh’s south Bastar district.

On Friday the Maoists groups performed the last rites and pictures of this were released. The funeral was held on the border of Telangana at Pamedu and Kondapalli which is covered in thick forest.

RK’s corpse was half covered with Maoists flag and Maoists bid a final goodbye to the teacher turned Naxal.

RK is a native of Tumrukota village in Andhra Pradesh’s Guntur district, born in 1958. He graduated in mechanical engineering from NIT Warangal and in 1978 he joined the People’s War Group (PWG).

In 2004, RK led the delegation of Maoists for peace talks with then AP government led by YSR. The talks failed and later things turned ugly. RK was carrying a cash reward of Rs 1 crore by the governments of Andhra Pradesh, Telangana, Chhattisgarh and Odisha.