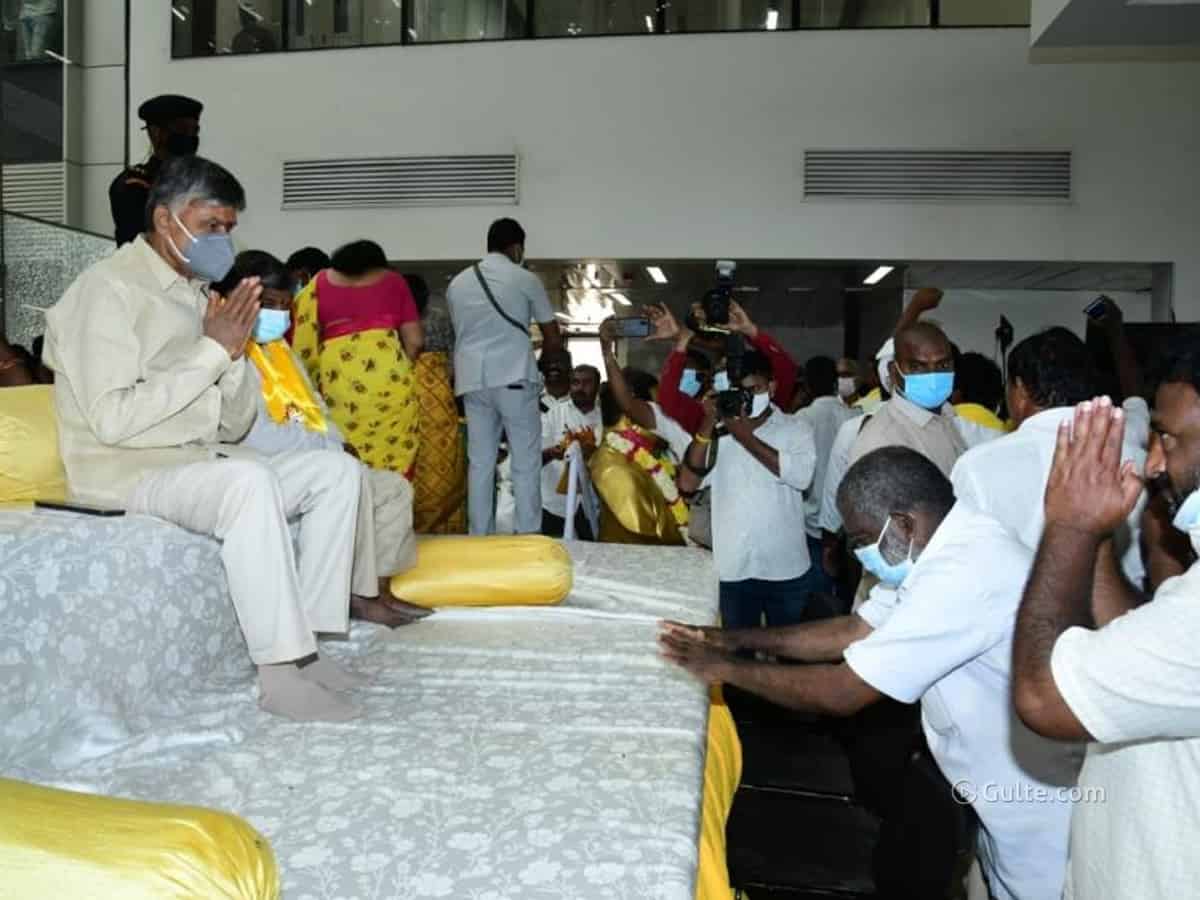 Is TDP chief Chandrababu Naidu angry with his own party leaders? Is he upset that leaders are not following his instructions? Agonised by the ignorant attitude of the many party leaders, Chandrababu decided to fight a lone battle? The answers to these questions suggest kind of a big YES.

The other day TDP head office in AP was attacked by YCP activists. It was an outrageous act yet many TDP leaders stays silent. With no leader being able to tackle the situation, Chandrababu called for a state wide shut down. The TDP chief hoped that at least the party leaders would take over from here.

But the shutdown was less effective. Having received reports from every district regarding the shutdown, Chandrababu expressed dissatisfaction with TDP leaders. Despite knowing that the police would make prior arrests, leaders did not make an alternative plan and so the shutdown ended up as a failure.

At the end of the day Chandrababu reportedly talked to senior leaders who play a crucial role in the party and fumed over them. “These are critical times and if this situation doesn’t motivate you, how will you be guiding the cadre,” reportedly questioned Chandrababu in an aggressive tone.

Earlier Chandrababu had called for a similar protest but the TDP leaders were confined to photo moments and did not make any impact with the protest against YCP government. Irrespective of his leaders’ attitude, Chandrababu considered the attack on party office, a serious event and was not ready to take a second chance and so made up his mind to fight all alone!