The Story Behind 4 Invalid Votes By TDP 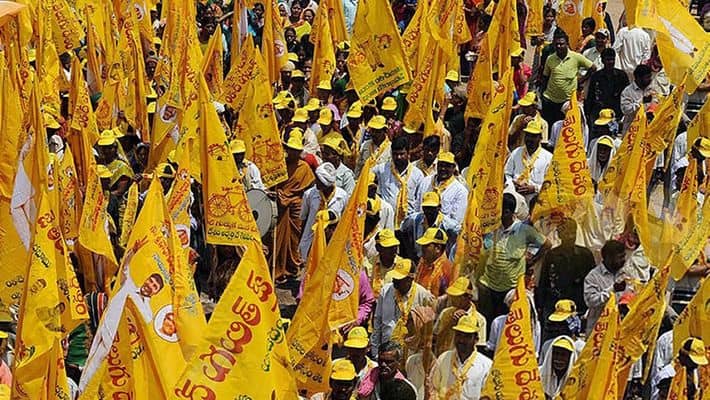 In the Rajya Sabha elections held a couple of days ago, the lone Telugu Desam Party (TDP) nominee Varla Ramaiah lost as he could not win the required 34 votes. He got only 17 votes, which is less than 23, the total number of TDP MLAs in the Assembly, including the three rebels.

TDP president and former CM N. Chandrababu Naidu said that they pretty well knew the party candidate would not win in the RS polls but fielded Varla only to uphold the spirit of democracy. The TDP also issued a whip that all the party MLAs, including the rebels — Vallabhaneni Vamsi from Gannavaram, Karanam Balarama Krishna Murthy from Chirala and Maddali Giridhar from Guntur (West), should vote for Varla.

However, Ramaiah secured only 17 votes in the end as four votes were declared invalid. The four invalid votes were cast by the three rebel MLAs and Adireddy Bhavani, TDP Rajahmundry Urban MLA. After casting her vote, she admitted that she had messed up while marking her preferential vote for the TDP candidate. Bhavani blamed the staff in the voting hall for the mess up and said that she was not guided properly even when she raised a doubt about where to put the tick mark. She also said that she had informed their party chief about it and made it clear that the public need not misinterpret the incident and consider her too as a rebel MLA.

The remaining two MLAs who did not cast their vote included Tekkali MLA Atchannaidu and Repalle MLA Anagani Satya Prasad. Atchannaidu could not exercise his franchise as he is in judicial custody in connection with the Rs 150-crore ESI scam while Anagani said that he was in self-isolation at home as he had come in contact with Telangana MLA M. Yadagiri Reddy who had tested positive for Covid-19.

Meanwhile, political analysts said that the TDP issued whip on the rebel MLAs too hoping it would be able to expose them if they voted for the YSRC.