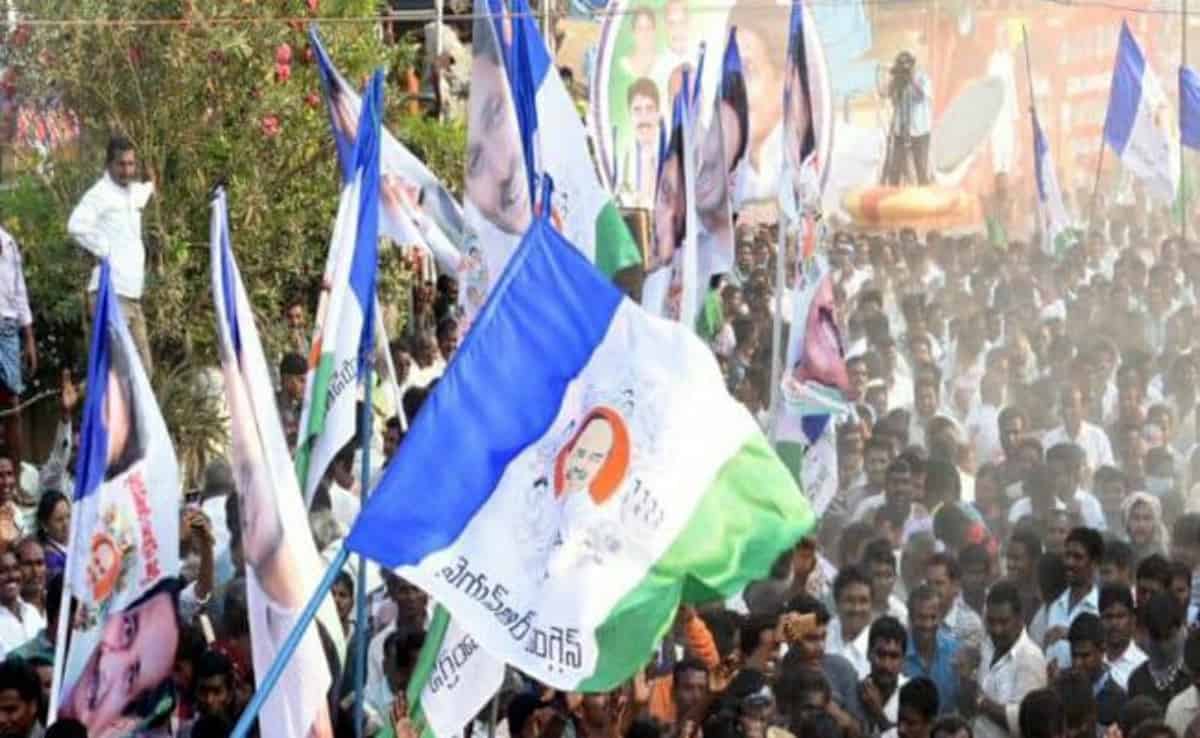 Miscreants desecrated a statue of Mahatma Gandhi on the premises of the police station and tahsildar office at Kanigiri in Prakasam district by putting YCP scarf around its neck. Dalit Sangham leaders took exception to the incident and demanded that the police book the culprits and take stringent action against them.

Dalits said that it was a political blunder to pull the Father of the nation into politics. The common people also condemned the incident. The photos of Mahatma with the YCP scarf also went viral on social media. It is learnt that the miscreants resorted to the disgusting act and then shot pictures of the statue with the scarf of the ruling political party and placed them on social media.

In the wake of the YCP leaders smearing the government offices with the party colours, giving a political shade to the greatness of the Mahatma is being deplored seriously.

Dalit Mitra Sangham leaders said that Gandhiji sacrificed his life to bring Independence to the nation and it is not good on the part of the YCP to own such a great personality by putting the party’s scarf around the statue’s neck. He adopted the principle of ‘ahimsa’ and ‘truthfulness’ to break the shackles of colonial slavery and he is a very great individual for putting in efforts to unite the nation, they said and demanded that culprits should be identified immediately.