Pic Talk: From Agitation To Administration 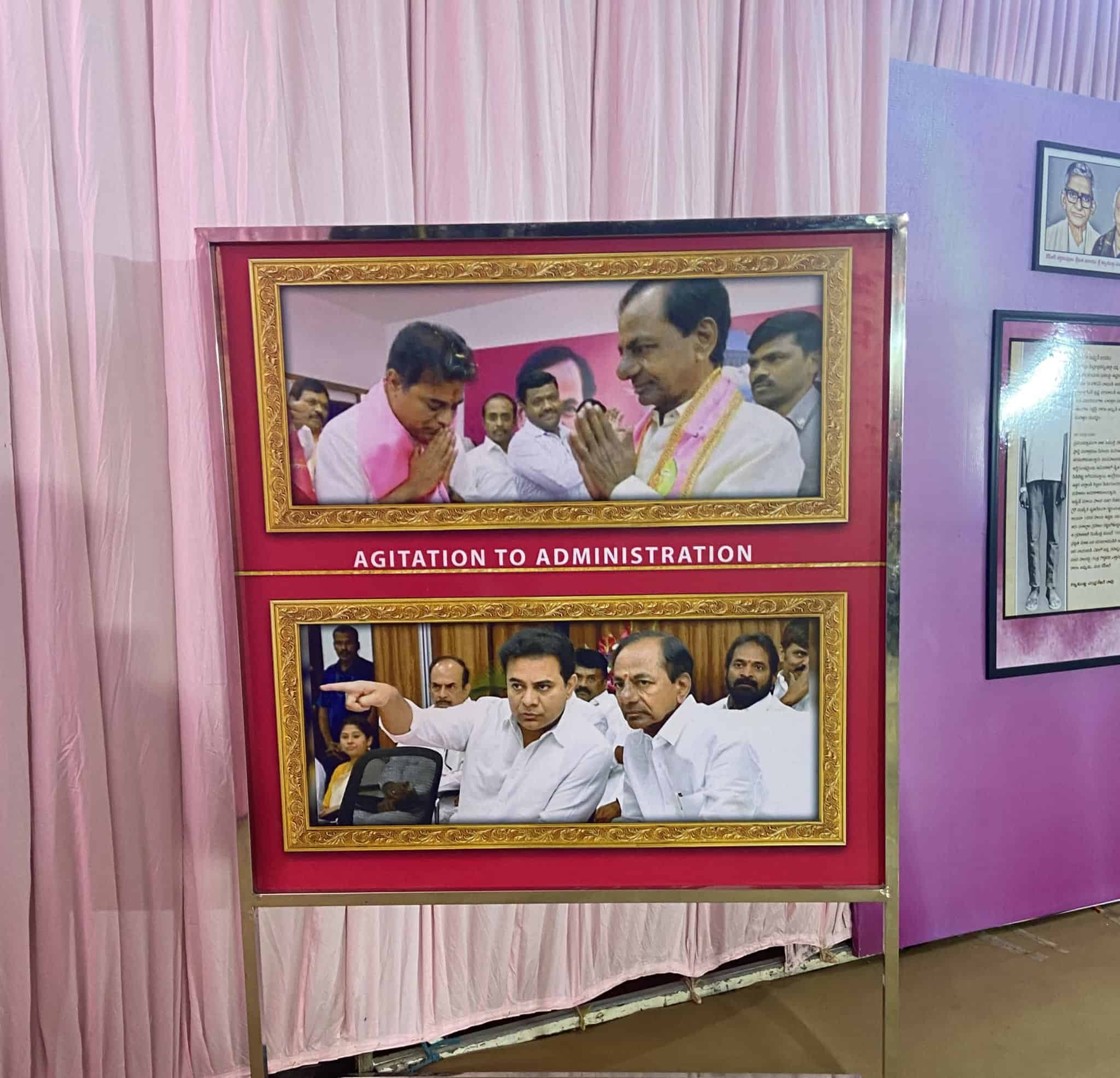 As per the TRS party bylaws, the president should be elected every two years. But the elections for party president have not been held since 2018. In 2019, the elections were postponed due to Parliament polls and then the pandemic played its part in 2020 and 2021.

Traditionally the TRS Party plenary would be held on April 27th and earlier this year, the second wave pushed the TRS party affairs to October. Initially KCR planned to host TRS plenary in Huzurabad but the election commission denied permit in view of a by-poll.

All the arrangements for TRS Plenary at Hitex are done and TRS cadre are reaching in large numbers. At the entrance a photo gallery is arranged for the guests and invitees and one frame has caught many eyeballs and is also being widely shared on social media.

The frame had two pictures of KCR and KTR from the agitation days to the administration. Does this picture categorically hint that KTR is the next boss of TRS party after KCR? Well the TRS cadres believe so and the party leadership is sending strong signals accordingly.

Coming to the plenary, KCR will be retaining the TRS President role unanimously. Thus his authority on the party stays intact.