Will return after my daughter recovers from shock: Pattabhi 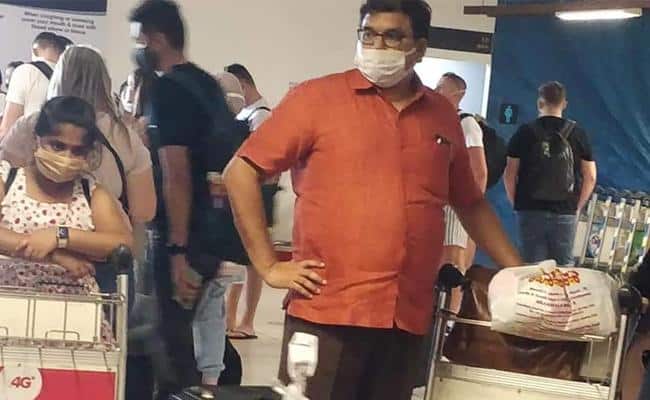 TDP official spokesperson Pattabhiram, rumoured to have flown to Maldives despite being released on conditional bail from Rajahmundry jail, released a video defending why he had gone underground.

First of all, Pattabhi thanked his party president N. Chandrababu Naidu and party general secretary Lokesh for extending complete support to him and his family.

Pattabhi said that their party had decided to agitate against the rampant drug trafficking in the state to save the youth from falling victims to it. “I too became a part of the agitation and when we started doing it, the YCP leaders hatched a conspiracy against me. They tried to create obstacles in my way because I raised many questions with concrete proofs. Unable to answer those queries, the YCP men assaulted me thrice.”

He made it clear that he had gone into seclusion to fulfil the role of a dutiful father. Pattabhi said that it was the third time that he was attacked by the YCP goons and this time, even his daughter bore the brunt of the attack. My only daughter, aged 8 years, is petrified after the attack, he said.

“She is in a state of shock and I and my wife are trying to bring her back to normalcy. Frightening a tender heart is inhuman and we are distraught. The YCP men are misinterpreting my words since the beginning and this time too, they had passed unfair comments on my seclusion.”

He asserted that very soon, he would swing into action and play a key role in the TDP’s anti-drug campaign. “I will not shirk away from the work delegated by our party president. We will fight cases in the court of law. We will continue to fight for the people.”

The TDP leaders, media people, my well-wishers, women and many senior citizens visited my house after the YCP attack on my house. I thank all of them from the bottom of my heart, he said.

Pattabhi’s video lacked lip sync but he emphasized that he would get back into action and be involved in the TDP’s anti-narcotics mission. Don’t think that I have run away fearing your threats, he added.

This means the public can wait for more action from both the ruling and opposition parties in the days to come.