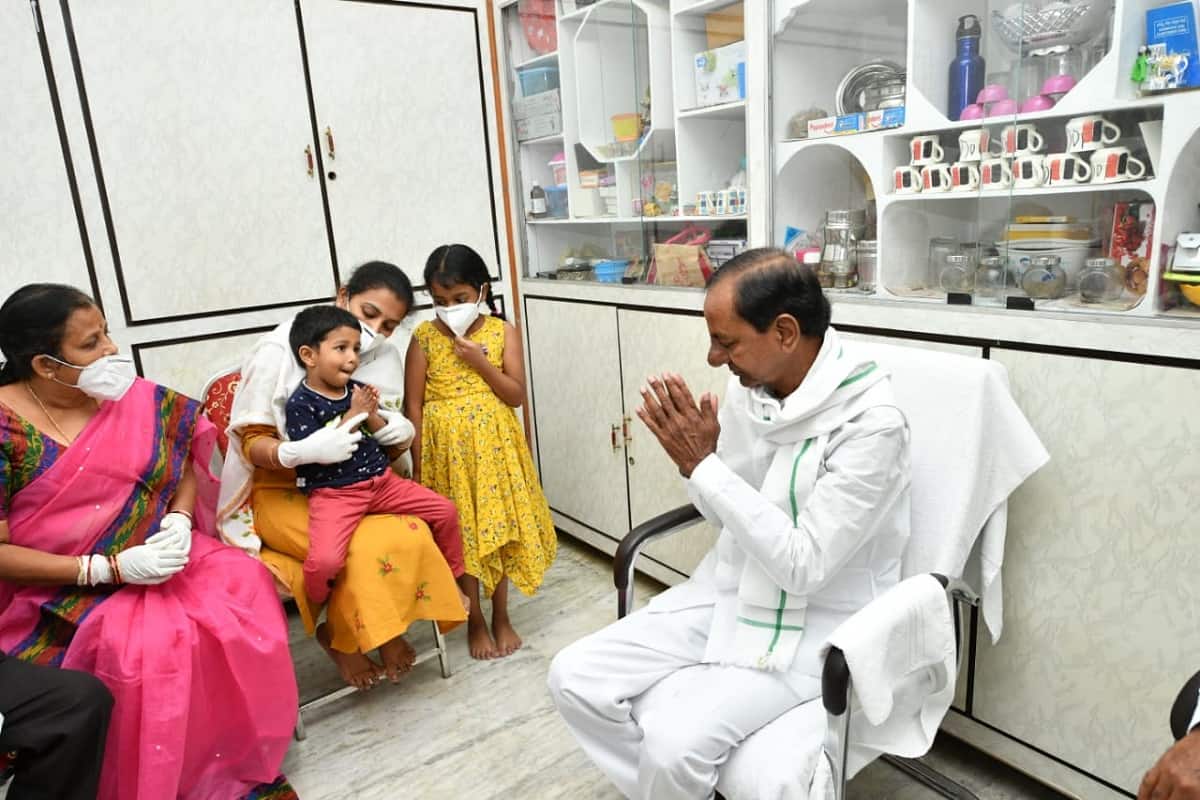 Telangana Chief Minister K. Chandrasekar Rao visited the bereaved family of Colonel Bikkumalla Santosh Babu, who was martyred in the Galwan Valley clashes with the Chinese troops, at their house in Suryapet and consoled them.

On reaching the house, Rao paid floral tributes to the Colonel’s portrait. Later, he handed over a letter to Santosh Babu’s wife which mentioned of her appointment as Group-I officer. He also gave land documents relating to allocation of 711 square yards at Banjara Hills to the family, apart from handing over a cheque of Rs 4 crore to Santoshi and Rs 1 crore to Santosh Babu’s parents.

The CM heaped praises on the Colonel for laying down his while ensuring protection to the nation and said that the government would also be of support to Santosh Babu’s family. He told the family members that they can contact him whenever they needed any help from the government. He appealed to minister Jagadeesh Reddy to be of help to the Colonel’s family.