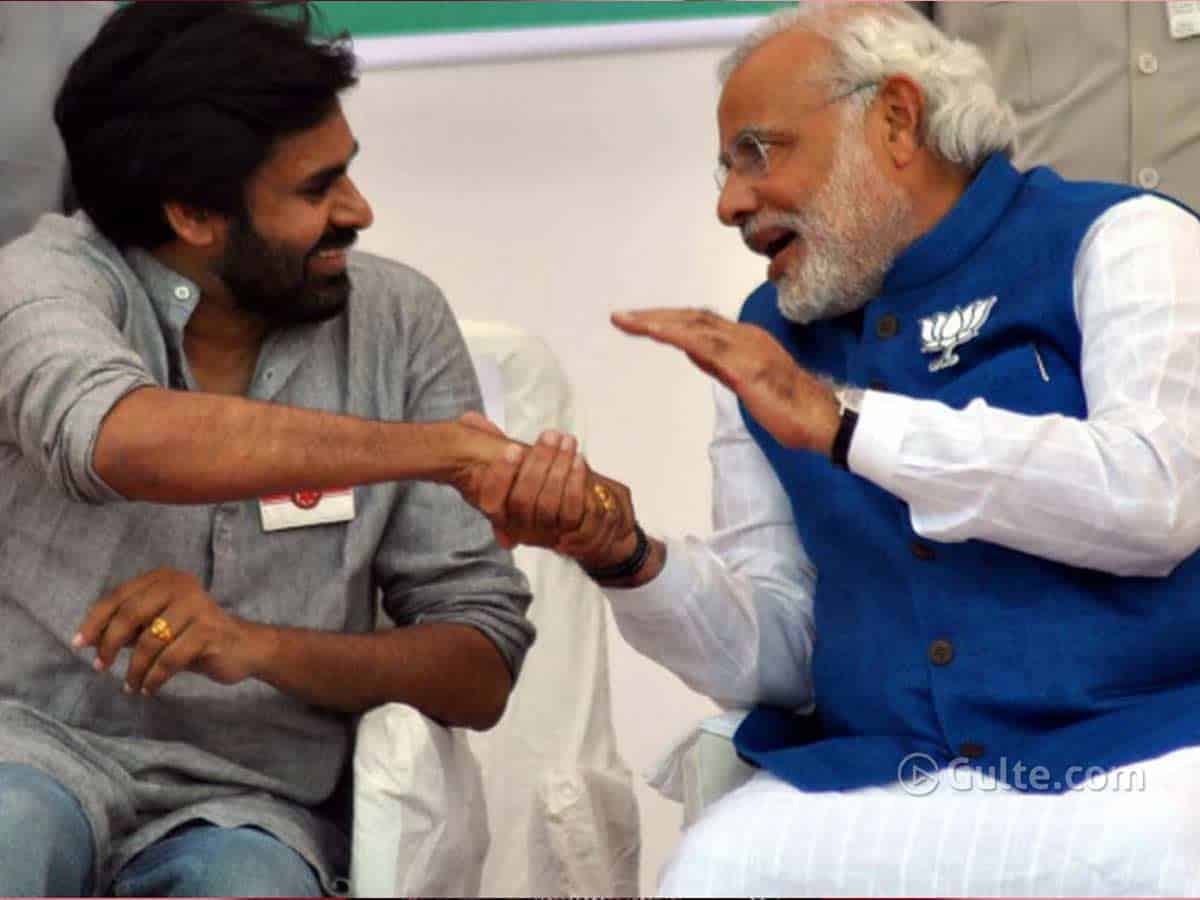 In a few hours, Jana Sena chief Pawan Kalyan would address activists and stakeholders protesting against the divestment of Vizag Steel Plant and express solidarity with them. The Jana Sena has been iterating that the party would fight against the privatization of VSP and stand for ‘Visakha Ukku-Andhrula Hakku’.

Despite the hurdles being created by the YCP government since morning, the Jana Senanis said they were determined to set up the Chaitanya Vedika for their party president, where Pawan would list out the reasons why VSP cannot be privatized. He is also likely to take the agitation against VSP privatization forward by announcing an action plan to stall the process.

Political observers feel that if the Jana Sena is determined to agitate against the divestment, it could further strain the party’s alliance with the BJP, which is already on the rocks. Just a few days ago, BJP state in-charge Sunil Deodhar said that they would not forge an alliance with the TDP but continue to walk along with the Jana Sena and face elections in the future.

In the past, there have been incidents where the BJP seemed to have cared a hoot for the Jana Sena and went along with its decisions firmly like fielding BJP candidates in the GHMC elections, Tirupati bypoll and even in Badvel bypoll, remind political analysts.

Soon as the GHMC poll schedule was announced, Pawan said that Jana Sena candidates would fight the elections and that he would campaign for the party nominees. However, neither Pawan nor his candidates appear on the GHMC election scene and it was only the BJP leaders who campaigned on the streets of Hyderabad.

During the Tirupati bypoll too, Jana Sena was not given any importance when the BJP fielded former IAS officer Ms Ratna Prabha as the party candidate and the Jana Sena had to campaign in favour of her. The BJP top brass had said that the decision over the candidature would be taken in consultation with the Jana Sena chief. However, the public could visualize a crack between the BJP and Jana Sena when Pawan said that the Jana Senanis were feeling that the BJP was ‘disregarding’ their party.

In Badvel bypoll, Pawan declared that their party would not field a candidate as a mark of respect towards the departed soul, YCP’s Dr Venkata Subbaiah, and his wife, Dr Sudha, who was chosen as YCP nominee. After two days, BJP Andhra Pradesh chief Somu Veerraju said that the BJP would field their nominee and this led to further doubts about the differences between both the allies.

Now, with regard to the VSP privatization, the BJP has almost completed 50 per cent of the process. Pawan had flown to Delhi to explain to the Central leaders why VSP cannot be privatized but there was not much impact of his words. This evening, Pawan would reach Vizag and raise his voice to stall privatization of the steel plant. Does this indicate that the friendship between both the parties reached a climax?