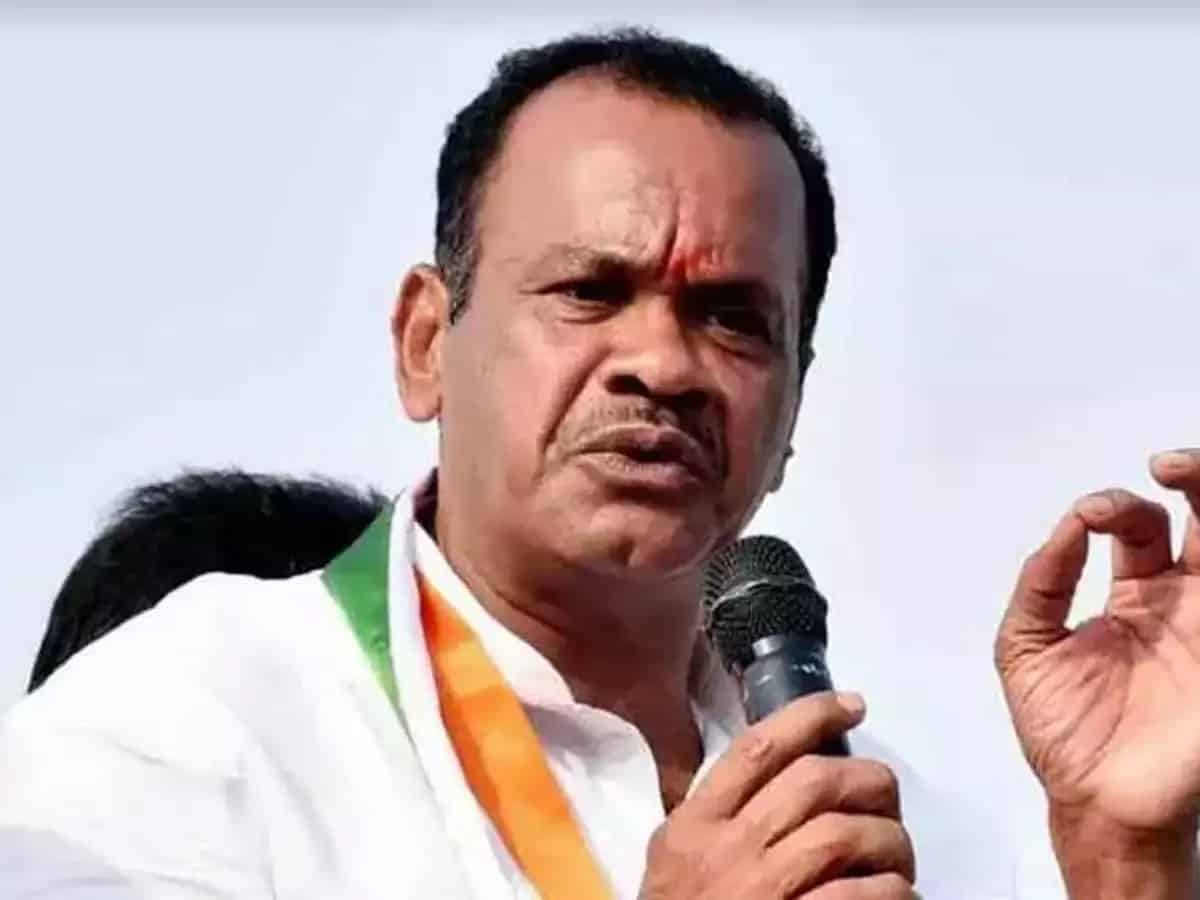 Congress MP Komatireddy Venkat Reddy made sensational comments that it was inevitable to support Etala Rajender in the Huzurabad by-elections and he went on to predict that the former health minister will win with a majority of thirty thousands votes.

“Enemy’s enemy is a friend and so we supported Etala and the verdict of Huzurabad people is going to be a tight and hard slap on the face of CM KCR led TRS government,” said Komatireddy.

Criticising the TRS further, Komatireddy added that shamelessly the ruling party spent Rs 5000 crore in this by-election and it deserves to lose in the elections.

Komatireddy’s comments surprised the media folks and does this mean that Congress supported Etala and indirectly BJP in this by-poll? If so, that’s really a strange thing to happen.

Meanwhile, after the ninth round of counting BJP’s Etala is leading with 5111 votes over TRS Gellu Srinivas Yadav.