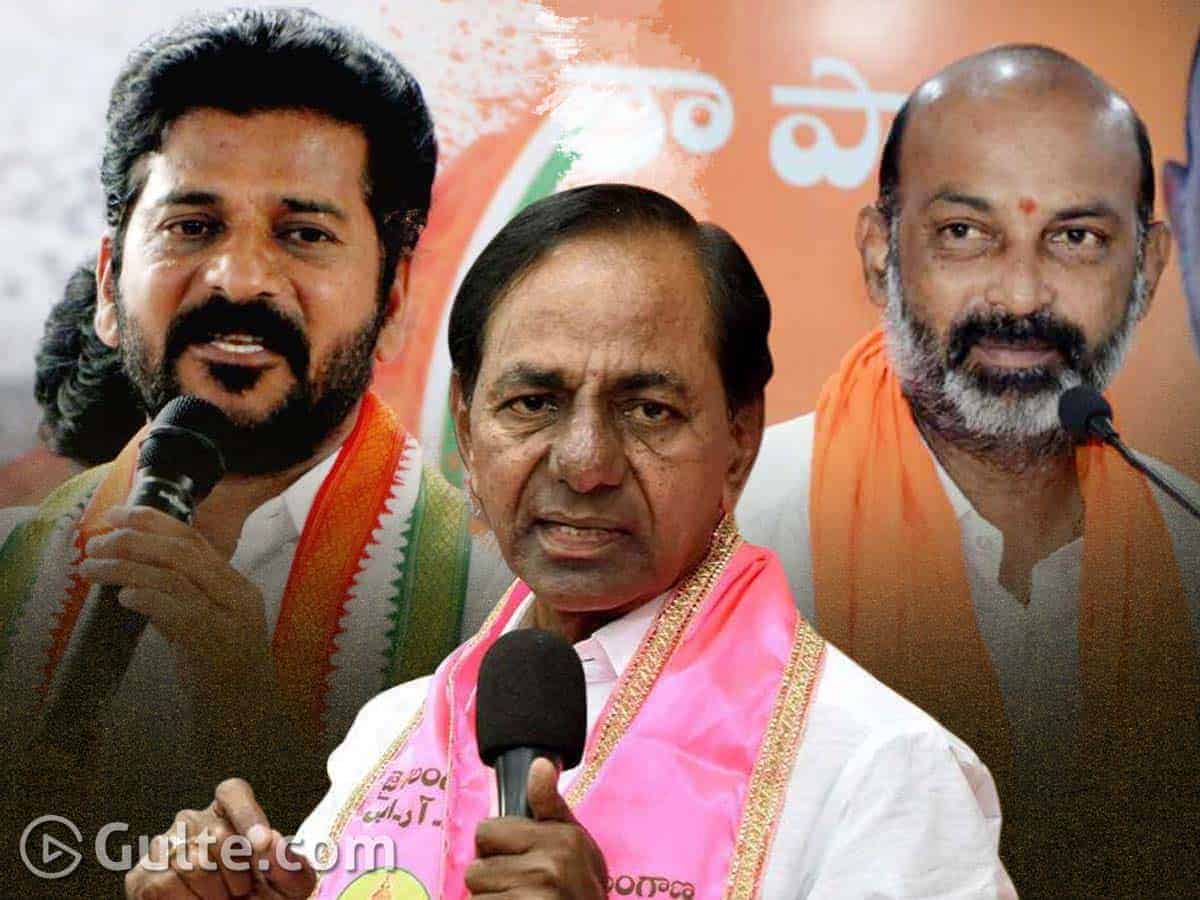 The TRS government and CM KCR never bothered about the criticism from Telangana BJP and its chief Bandi Sanjay. But circumstances have changed post the Huzurabad by-election. After one and half years, CM KCR has called for a sudden press meet and targeted Bandi Sanjay over the procurement of paddy (Parboiled Rice) of the last season.

Apparently there is a panic among farmers as the paddy production has touched record quantities in the season and the government is not buying the crop leaving the farmers in distress. Telangana BJP took up the issue initially and blamed TRS government for it. Reacting to it, CM KCR hit back that it’s the responsibility of the Centre as states have no power to manage.

Bandi Sanjay faulted KCR for confusing the farmers on crop cultivation and in no time, KCR hosted a second press meet and made some controversial comments. This verbal war between Bandi and KCR was all over the headlines and still TRS and BJP leaders are indulging in blame-game.

This fight of TRS and the BJP overshadowed another opposition in Telangana i.e, Congress. With Revanth Reddy becoming T-PCC chief, the party appeared with new energy. But it did not last long and T-Congress faced humiliation in the Huzurabad by-election. Despite having a decent cadre in the constituency, T-Congress could not secure a deposit. What’s surprising is that Congress provided backend support to Etala and this damaged the reputation of the party among the cadre and people.

Post the by-poll, the Political Affairs Committee (PAC) was held and all the senior leaders pointed their fingers towards Revanth and slammed his unilateral decisions. Revanth is doing a lone battle in T-Congress and he is not getting adequate support from any of the leaders.

V Hanumantha Rao who opposed Revanth for T-PCC from the beginning has changed his decision. But Komatireddy brothers, Jagga Reddy and a few more notable leaders are still upset with Revanth and they are in no mood to work in coordination.

It all looks like Congress slipped its position from second place to third and BJP appears to be the alternative for TRS in Telangana.