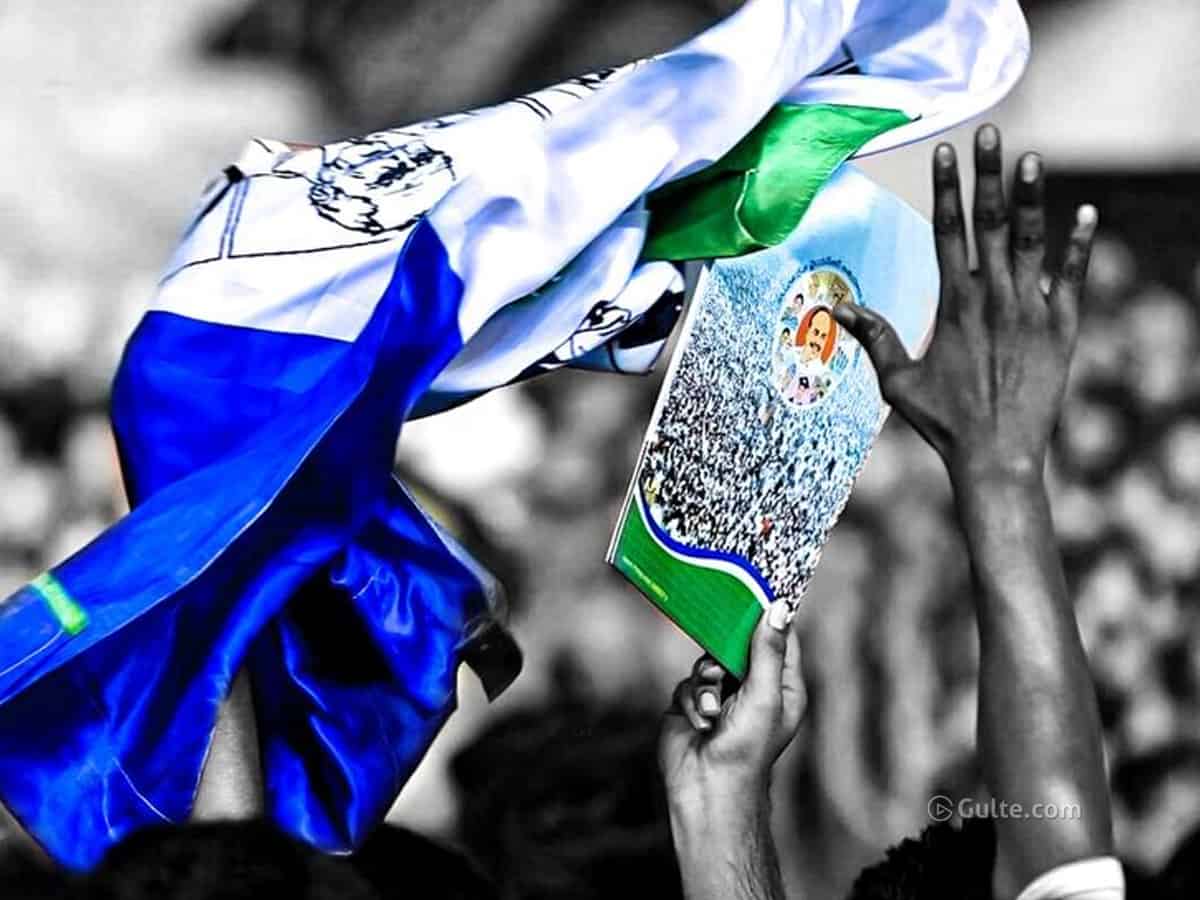 It has been 2.5 years since YS Jaganmohan Redddy sworn-in as AP CM and took the reins of the state. It is exactly half of the 5 years tenure. Still, AP is grappling with a slew of problems that are yet to be solved. Starting from financial crisis to the bad roads to the pending bills to the delay in Polavaram project to the attacks on opposition parties to the rampant cultivation of ganja (weed), YCP has been throwing the blame on the previous TDP government.

For any problem, key leaders in the government and YSRCP party are pointing fingers at Naidu’s regime. The bad roads in the state are a major cause of worry. Janasena chief Pawan Kalyan took dig at the Jagan-led government and even sat on a protest against the bad roads. Defending that the roads were damaged due to incessant rains and floods, the state government in its public advertisements blamed that roads in TDP government were worse and alleged that it was due to ‘poor management’ and ‘bad administration’.

Regarding the pending bills, dues and the debts, the YCP government again blamed TDP for ‘excessive’ expenditure and ‘non-repayment’ of bills. It accused former CM Naidu of high-level corruption and large debts resulting in today’s situation. Whereas YCP is tight-lipped over the increase in debts of the government since YS Jagan took over the mantle.

Over the allegations of circulation of banned drugs in the state, the ruling party strongly retaliated, and blamed the opposition TDP. YCP leaders allege that the cultivation of weed has been there since TDP times and it was more when TDP was in power.

Veering towards physical attacks and violence against the opposition party leaders and party workers, YSRCP leaders counter it stating that there were more attacks on YCP leaders when Chandrababu Naidu was the CM.

The delay in Polavaram Irrigation project is also being attributed to the previous TDP government. Most importantly, the Special Category Status demand has been sidelined and YCP is blaming Chandrababu Naidu for ‘mishandling’ the whole issue with the centre. All in all, YCP has been outrightly attacking the opposition and indulging in mud-slinging for every now and then without giving a logical solution to the problem.

YCP is of the opinion that targeting the opposition would help them score points politically. But the moot question is what about the public angst and anger against the government’s inefficiency on civic issues. Does the unstoppable ‘crying’ on TDP alone work for YCP to return to power in the next general elections? Or does it also require doing some beneficiary work to common people other than the social schemes and freebies.