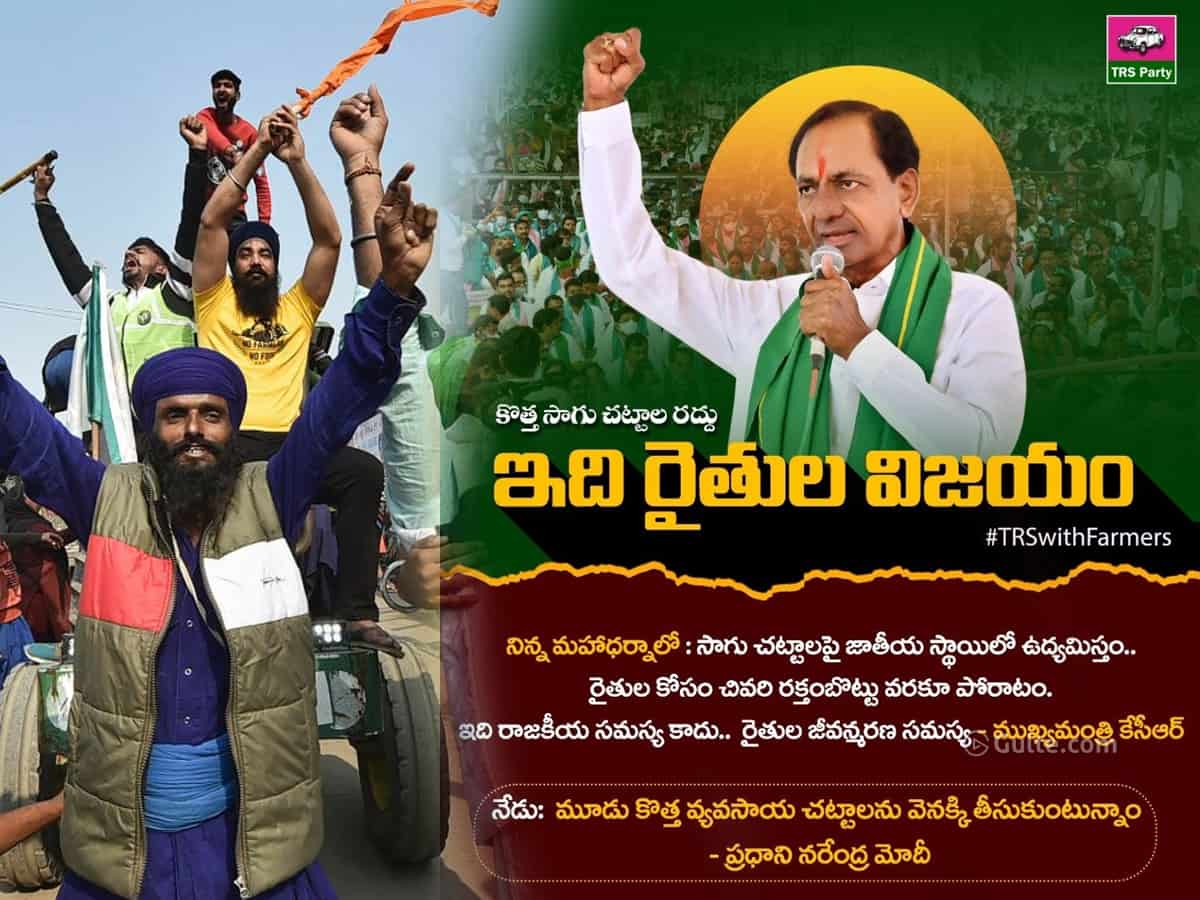 The repeal of controversial Farm Laws is all over the news. Except BJP and its allies, all the major political parties, intellectuals and others have welcomed the decision. But this announcement from PM Modi about repealing of Farm Laws arrived just a day after Telangana CM KCR led TRS government protest against procurement of paddy (Parboiled Rice) by FCI.

Though the TRS government’s protest has whatsoever no connection with the Farm Laws, the ruling party in Telangana has taken the credit. The TRS party’s social media handle, many TRS ministers and MLAs are claiming that this decision taken by Modi government to repeal the Farm Laws was partly in view of KCR’s one day protest.

It’s true that farmers play a significant role in the electoral process and have the power to topple any government but this argument of TRS party is not at all convincing. If KCR and TRS government protests in New Delhi for Telangana farmers and get their demands met, then we can call it a huge victory.

The other day KCR has written to PM Modi urging him to purchase the five lakh metric tons of rice of the Rabi season and also consider for the upcoming Yasangi season. In response to KCR’s letter, the Centre issued a statement that it would not purchase any more rice (Parboiled variety) from Telangana. On the government of India’s statement, CM KCR is yet to reveal his course of action plan.