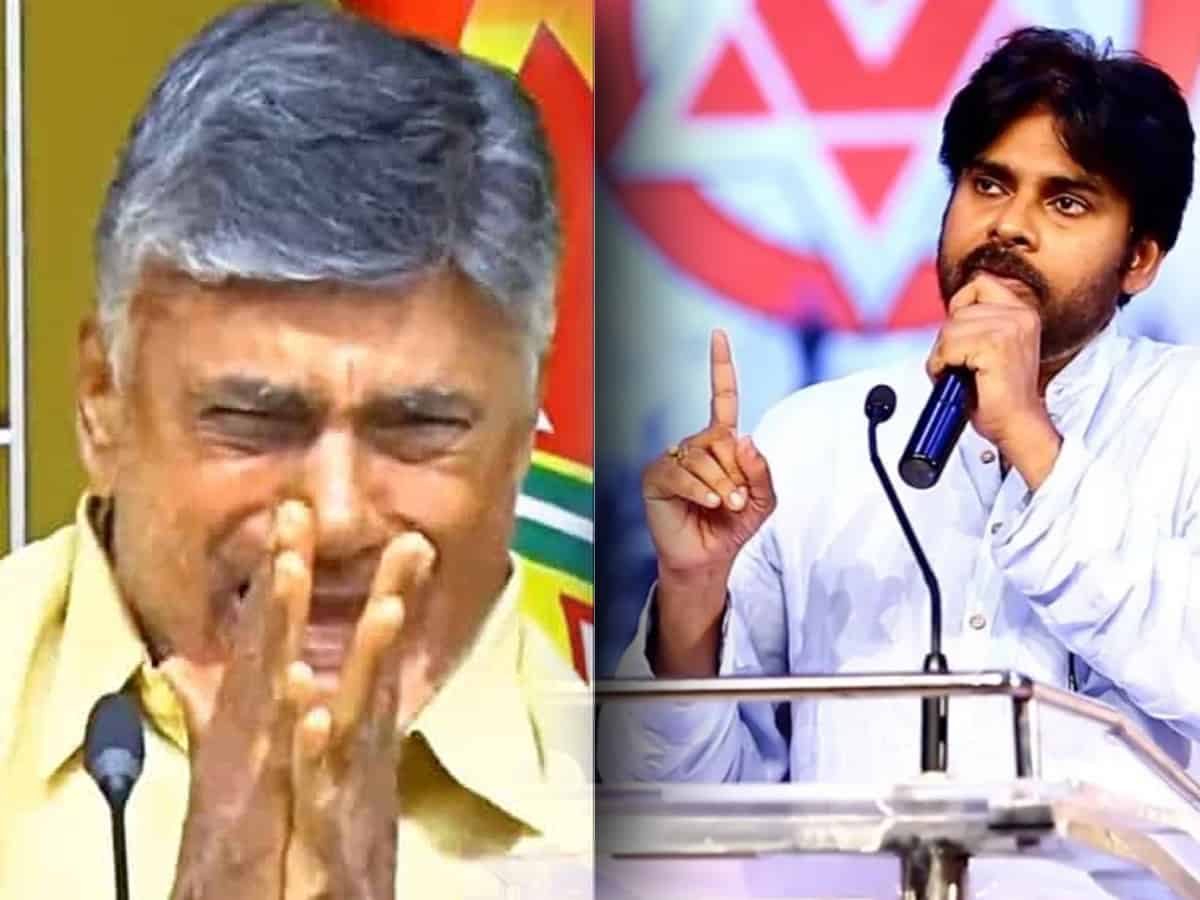 Today’s incident at the AP assembly left TDP chief Chandrababu Naidu in tears at a press meet later. The former CM pledged he will be entering the assembly only as a CM. While Chandrababu Naidu vented his anguish and pain in the pressmeet for the insulting comments made against his wife Bhuvaneswari during a verbal scuffle with YCP leaders.

Actor-politician, Janasena leader Pawan Kalyan responded on Chandrababu’s press meet, and the latter cried after the unwarranted happenings. Pawan Kalyan said the current situation in the state is distressing. He expressed solidarity to Chandrababu, saying that he felt bad for him.

Pawan Kalyan said, ‘Chandrababu broke down due to the insulting comments on his wife, and I feel bad for him. Insulting and making derogatory comments against family members is not correct. The state is suffering due to the floods and lamenting each other during this time is unfortunate.’

Chandrababu breaking down to tears like a kid is hurting the TDP fans all over while there are mixed reactions from several political leaders about the same. BJP leader Sujana Chowdary also commented on Chandrababu’s press meet. He said the verbal abuse against Chandrababu’s family is improper and the leader of the house encouraging is even distasteful.