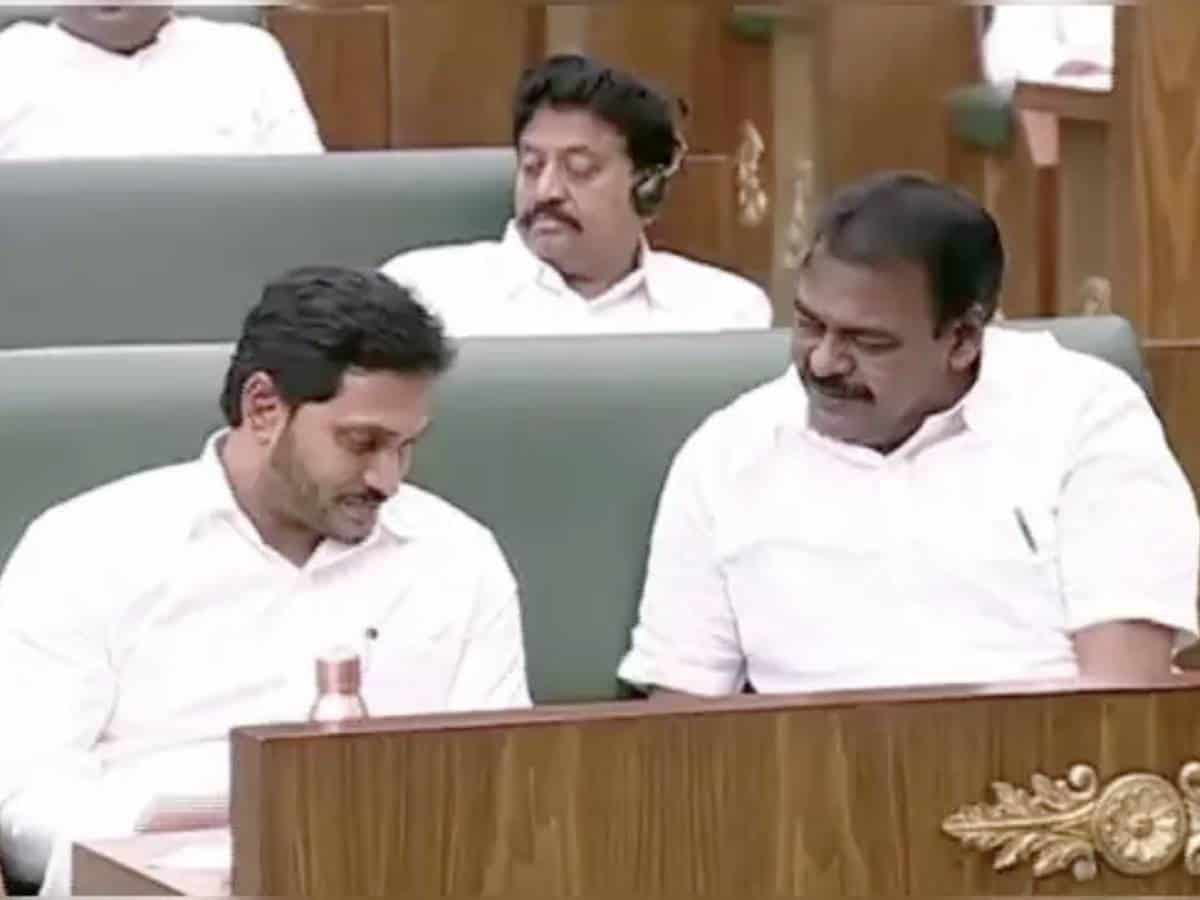 Janasena’s only MLA Rapaka Vara Prasad Rao still is with Pawan Kalyan’s party, but the MLA had ben supporting the schemes of the ruling YSRC party from the beginning. Though Janasainiks trolled him and disowned him, Rapaka time and again praised the schemes launched by Jagan.

While Pawan Kalyan stopped talking about Rapaka from a time, here is the Janasena’s MLA in news again. This time it is about how CM Jagan mentioned Rapaka during the video conference on the occasion of releasing the funds for YSRC’s new scheme ‘Kapu Nestham’.

During the pleasantries, YS Jagan mentioned few names in the video call and so he did say hello with ‘Rapaka Anna’ along with Dorababu, Bharath, and others. Though belonging to the Janasena party, Rapaka receiving a warm wish from Jagan is heard to have left the MLA in a delight.

The Janasena MLA is heard to have turned emotional with the recent happening, as he had been comparing it to his connect with Pawan Kalyan. Rapaka is heard to have shared his emotion with his YCP MLAs and followers post the event, also showering praises on Jagan for the way he respects and shows affection.

On the other side, Rapaka’s praise for Jagan on a regular basis is not going very well with the Janasena cadre and some of them even commented that it is better if Rapaka left Janasena already for YSRC.

It is also rumored that Pawan Kalyan is rethinking about not-suspending Rapaka from the party after the latter came out appreciating Jagan’s Netanna Nestam, Vaahana Mitra and Kapu Nestam.

Rapaka also said Jagan could be the top and permanent CM of Andhra Pradesh, with the types of schemes he is implementing to make sure every family and community get the benefit from them.