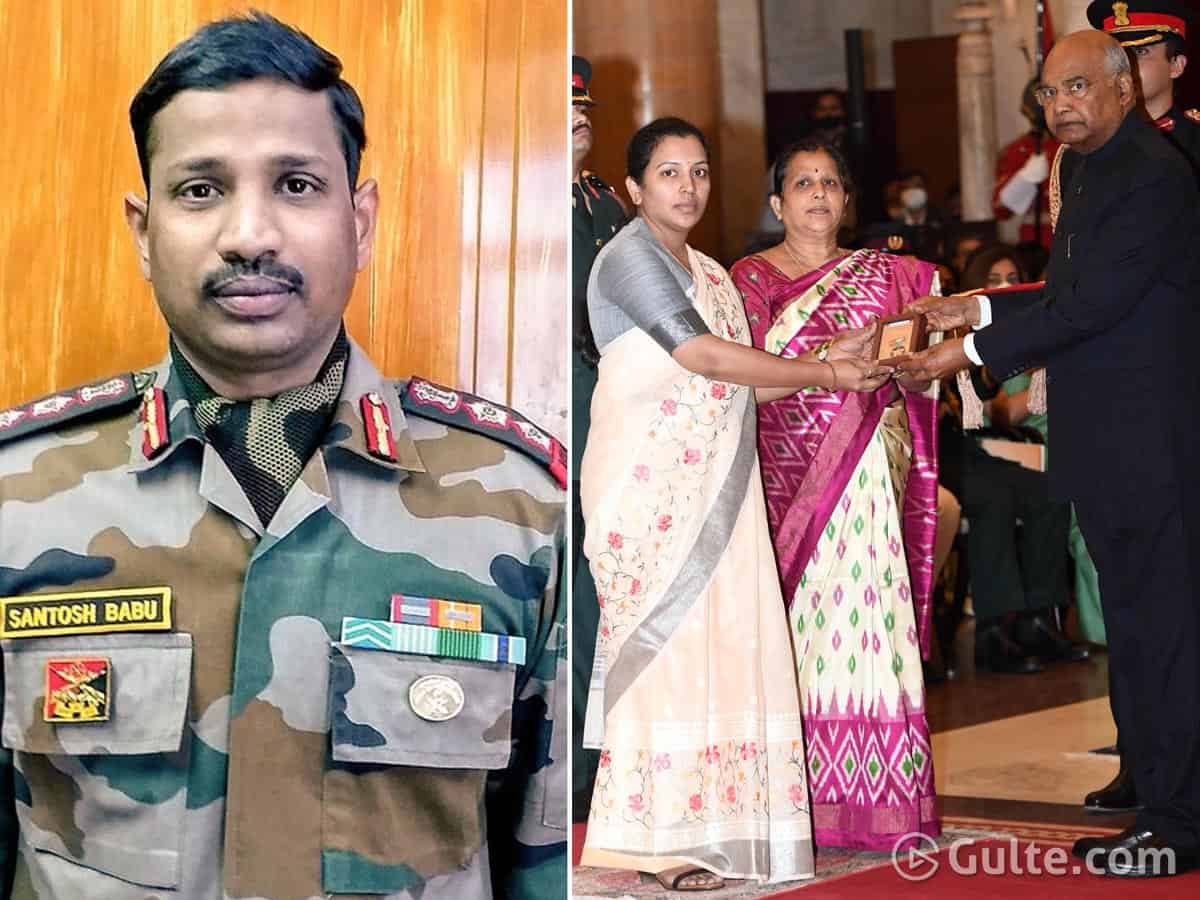 Colonel B Santosh Babu who died while clashing with the Chinese Army in Galwan Valley last year in June, was honoured. Col Santosh Babu was posthumously given the Maha Vir Chakra, the second highest wartime gallantry honour by the President of India, Ramnath Kovind.

Colonel Santosh Babu’s wife Santoshi and mother Manjula accepted the award at the ceremony held in Rashtrapati Bhavan. Santosh Babu was the commanding officer of the 16 Bihar regiment who was among the 20 soldiers that died while resisting Chinese troops in eastern Ladakh.

The clash of Indian and Chinese troops was one of the deadliest in five decades. It was a seven hours long battle wherein the Indian army was outnumbered by the Chinese troops.