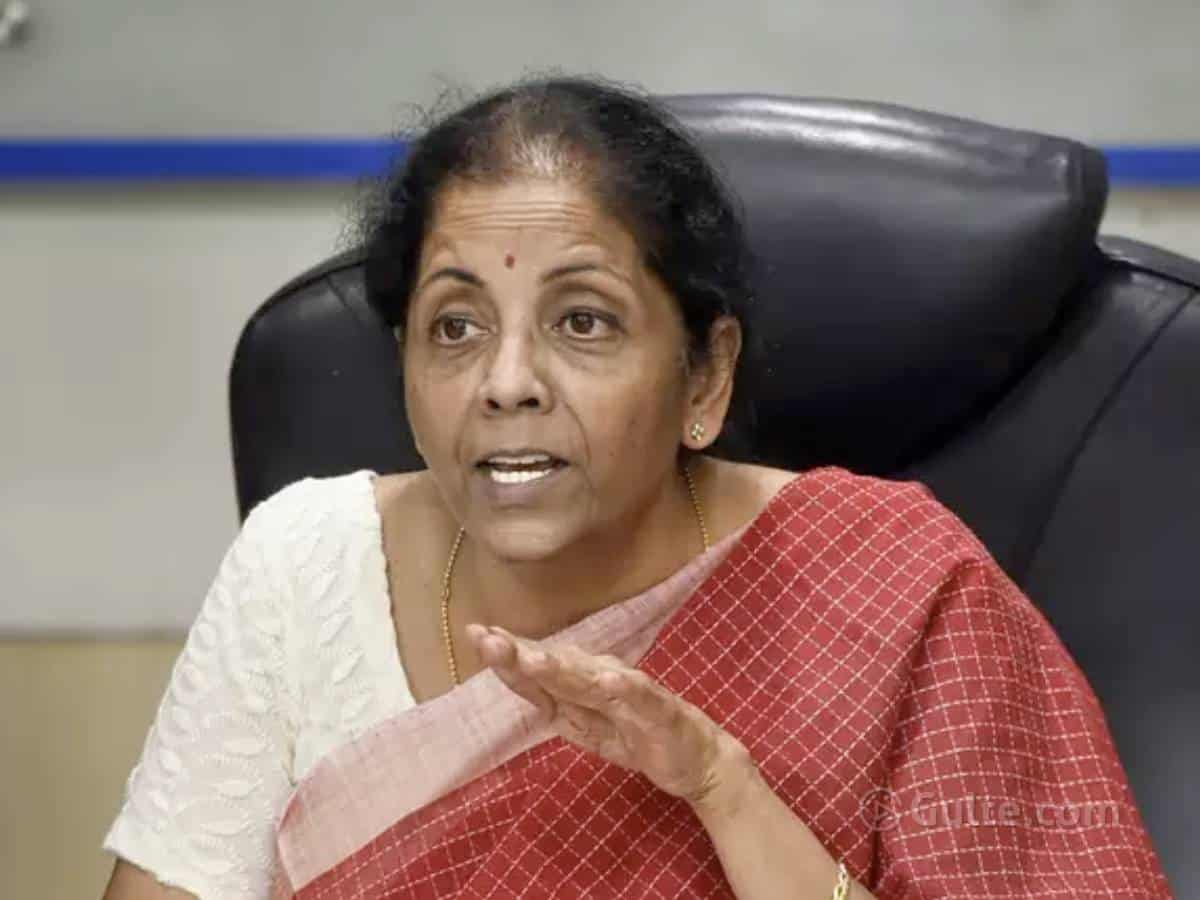 Union finance minister Nirmala Sitaraman fumed at the Andhra Pradesh government for charging an exorbitant Rs 9 per unit of electricity while the central government was providing the same at Rs 2.70.

She called upon the Bharatiya Janata Party (BJP) cadre to fight against any political party that would deviate from the concept of development in the country. She lamented that a state like Andhra Pradesh which has the potential to progress and prosper was facing hurdles in the name of corruption, caste and family politics. Sitaraman said it was the responsibility of the BJP cadre to fight against cheap politics.

The Union minister, through a video conference from New Delhi, was addressing Jansamwad Rally organised by the BJP’s AP unit to mark the completion of one year of Modi 2.0. She listed out the various development and welfare programmes implemented by the Modi-led NDA government in the last six years.

She said that every political party had the responsibility to fulfil all the promises made to the public during the hustings as it is with their votes that the government is formed and it is accountable to the public. “It is necessary the political parties get corruption and irregularities probed but at the same time, it should be remembered that the state government, which has taken funds from international banks like World Bank, ADB with the help of the Centre, cannot stall projects agreed upon with that money. The state government should be able to respect deals done with international bodies. There might be several intricacies but once we announce that the deals are scrapped, it would become difficult for the country to bag international projects as its reputation would take a beating. Hence, the state government should rethink about it,” she advised.

She made it clear that she was not speaking about the local politics in the state but asserted that the state should give a second thought to the deals signed with international companies.

She also reminded that the FRBM limits have also been extended, of course with some riders. As part of it, the Centre will stand guarantee to the loans taken by the states to implement the power reforms, she said.

The Union minister then started reeling out various development and welfare programmes taken up by the Centre in the state. There are 546 fishing villages in AP but fish landing centres are available only in 349 villages. There are nearly 6 lakh fishermen in the state and 1.63 lakh of them completely depend on fishing as their livelihood. To help such people, the government has allocated Rs 20,000 crore. Of this, Rs 11,000 crore was earmarked for inland, marine, aquaculture wings. She made it clear that the state can use the maximum it can by putting in all efforts as the Centre was ready to give more. The remaining Rs 9 crore was allocated for harbours, cold storages and improving market facilities, she said, adding that the state can do the maximum possible to change the lives of the fishing community.

She claimed that the BJP has given Rs 8,025 crore to Andhra Pradesh exclusively to fight against Covid-19 pandemic since April. All the funds were released on time in this hour of crisis as per the directions of Prime Minister Modi.

She also lauded BJP ally, Jana Sena chief Pawan Kalyan, for his services to the public during the pandemic.

BJP MP G.V.L. Narasmha Rao stressed the need for a new political system if the state should be saved from family, corruption and caste politics. He said that the BJP-Jana Sena combine was ready to serve the AP public and hoped the people would respect this alliance.