AP Floods: The Only YCP MLA Who Worked Hard On Ground 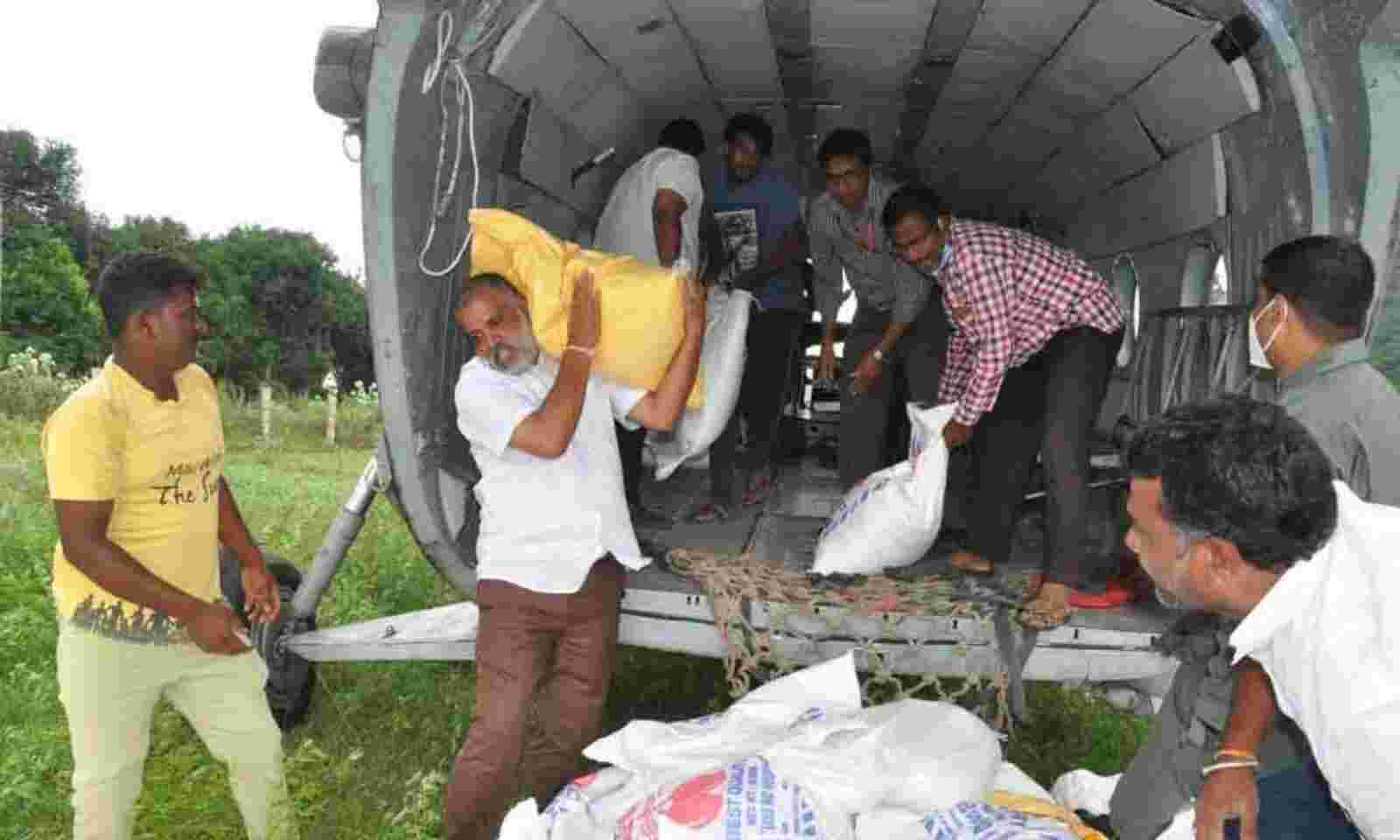 After nearly a week of camping at the tank and ensuring that the fissures of the Rayalacheruvu were plugged with nearly 55,000 sand bags and boulders, following which the local people returned to their homes, Chevireddy too reached his home on Saturday. He is the only MLA of the ruling party to have been present on the ground and monitored the relief works personally round-the-clock during the floods in the entire Rayalaseema region.

With the roads leading to the flood-affected areas getting breached, Chevireddy took the help of Indian Navy choppers and air-dropped relief material, including essentials, in the marooned villages — C Kalepalli, Rayalacheruvu, Chittathuru, Pullamanaidu Kandriga and Vinayak Nagar colony. Flood water flowed on to the roads cutting off connectivity to the above places.

As many as 25 villages would have got submerged and thousands would have been rendered shelterless, if the Rayalacheruvu tank was left unattended.

The MLA and villagers performed special puja at the Rayalacheruvu tank after plugging the leakages. He told the media that nearly 15,000 people and animals had been shifted to safer places witnessing the threat of submergence.

He said that professors and irrigation experts visited the tank and the repair works were taken as per their suggestion. Over 453 workers, under the supervision of 120 experts, toiled for 19 hours a day for one week to avert the crisis, he said. As many as 35,000 empty bags were donated by Bharati Cement and 20,000 bags of sand mixed with quarry dust was provided by the TTD to plug the leakages, apart from using 700 tonne boulders to strengthen the tank walls. Arrangements have been made to allow 8,000 cusecs of outflow from the tank to avoid breaches even if there is heavy rain in the future, he added.

In Nellore district too, life is returning to normalcy with the flood water receding from the villages on the banks of River Penna.