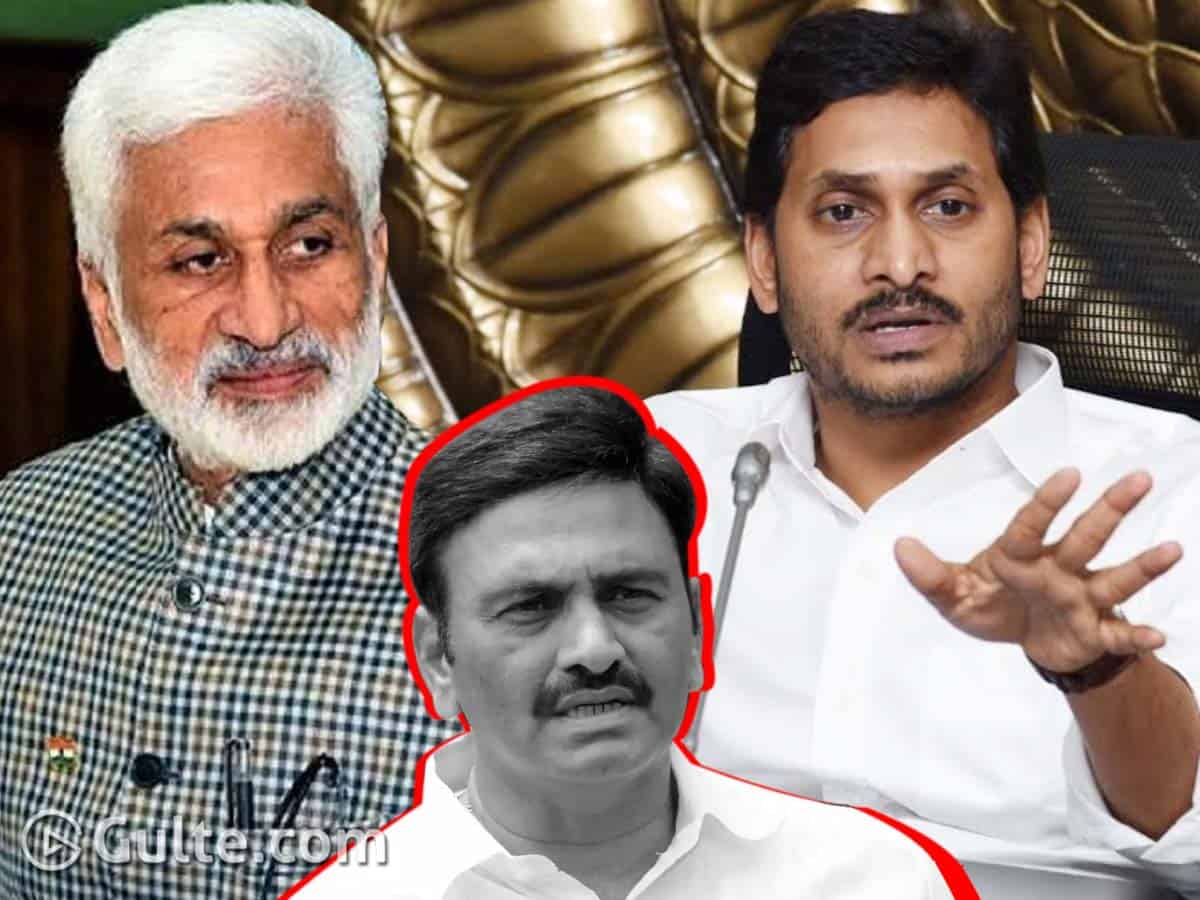 Jagan and Vijay Sai Reddy’s bond needs no introduction. Though Jagan is the party boss, it is Vijay Sai Reddy,his right-hand man, who calls the shots. Even in the recent episode of MP Raghurama Krishna Raju, it’s rumoured that initially Jagan was soft on Raju.

However, it was Vijay Sai Reddy who had demanded strict action against Raju and got the show cause notice issued against the Narasapuram MP. This is the reason why Raghurama Krishna Raju had blasted Vijay Sai Reddy while responding to the Show Cause and even questioned the authority of Sai Reddy in the party.

Now, the hearsay in YSRCP is that CM Jagan, who is also the supremo of YSRCP, is all set to suspend/terminate Raju from the party. More than Raju’s comments against the party MLAs and the government schemes, CM Jagan is said to have lost his cool on Raju after his severe comments against Vijay Sai Reddy. Jagan is likely to take the key decision against Raju in a day or two.

Ahead of Vijay Sai Reddy’s birthday (July 1st), CM Jagan wants to take stern action against Raju and wants to send a clear message to party leaders, elected representatives of the party who are enjoying different posts in YCP. Raju’s expulsion could be CM Jagan’s birthday gift to his close friend Vijay Sai Reddy.