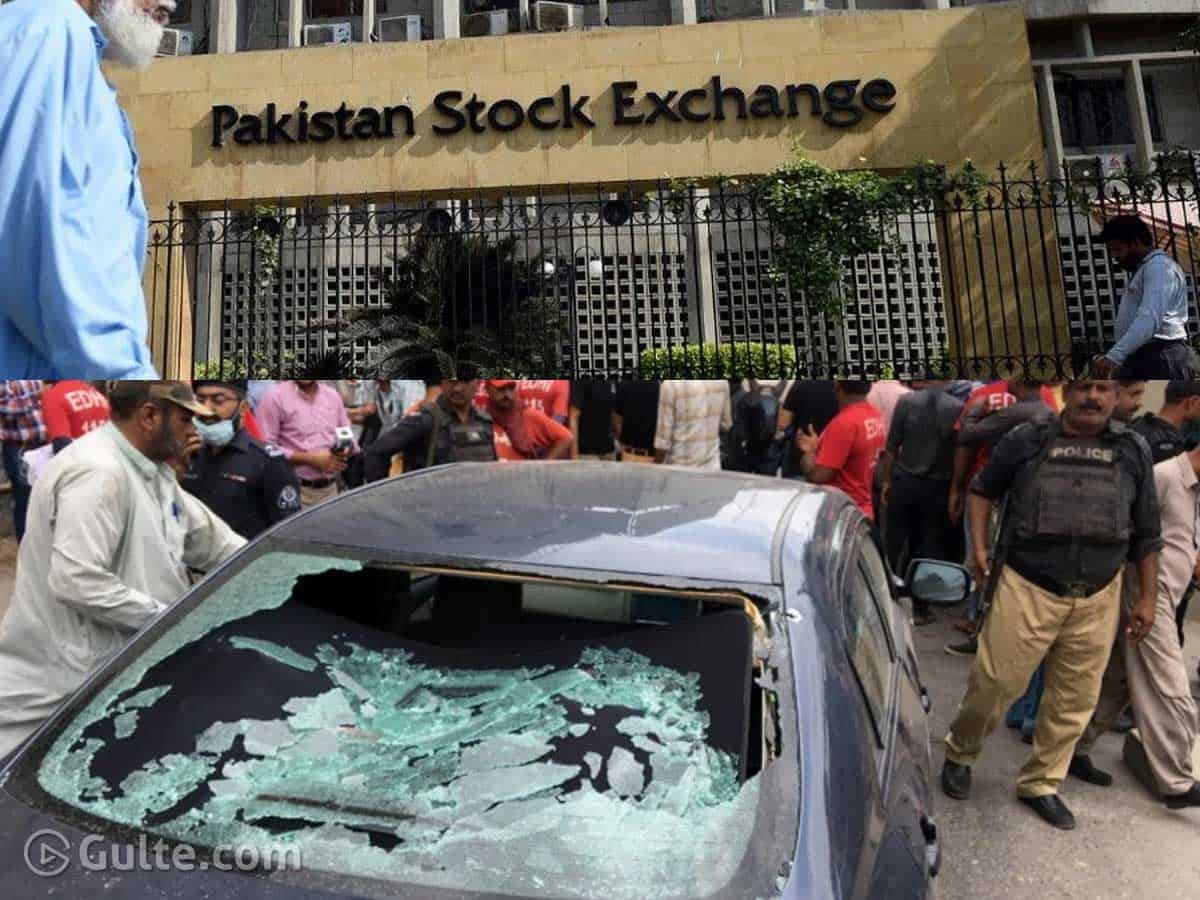 In an unfortunate incident, the Pakistan Stock Exchange (PSX) in Karachi was attacked by four terrorists today morning. The four gunmen, who came out of their vehicle, had attacked the PSX by throwing grenades and reportedly entered the building. The terrorists struck the PSX and opened fire on the civilians. At least two civilians have been reportedly killed so far and many others were injured. The casualties are expected to increase.

Since the Pakistan Stock Exchange is in a high security zone where the premises has the head offices of several private banks, alerted Karachi police forces have initiated counter-attack. Karachi police have opened fire at the terrorists. According to reports, all the four terrorists were killed in Karachi police action.

“The situation is still unfolding and management, with the help of security forces, is managing the security and controlling the situation,” the Pakistan Stock Exchange (PSX) said on Twitter.