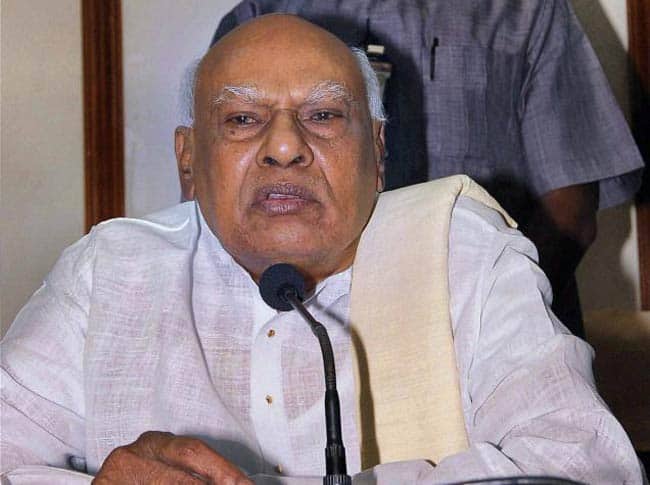 Former CM, Ex Governor & one of the experienced leaders in AP Politics Konijeti Rosaiah Garu (88) is no more. He was admitted to Star hospitals after complaining of low BP. But he was declared dead on the way to the hospital.

Rosaiah was the Chief Minister of Andhra Pradesh from 2009 to 2010. He also served as Governor of Karnataka for two months and as Governor of Tamil Nadu for six years. He earned accolades for his tenure as a finance minister, which is very well-recognized.

During his long political career, he interacted and worked closely with most of the Prime Ministers of India, including Jawaharlal Nehru. He also enjoyed a good rapport with Late Jayalalithaa and was seen as an “elder statesman beyond any political party” back then.

The Congress veteran served as Chief Minister for Andhra and Telangana from September 3, 2009 to November 24, 2010. He took over the reins amid unusual circumstances after the incumbent Chief Minister Y.S. Rajasekhara Reddy was killed in a helicopter crash.

Mr. Rosaiah served a stint as Lok Sabha MP from the Narasaraopet constituency in 1998 and was the President of the Andhra Pradesh Congress Committee (APCC) from 1994 to 1996. He retired from active politics in August 2016, right after completion of his term as Governor of TN. His political career lasted around 60 years.