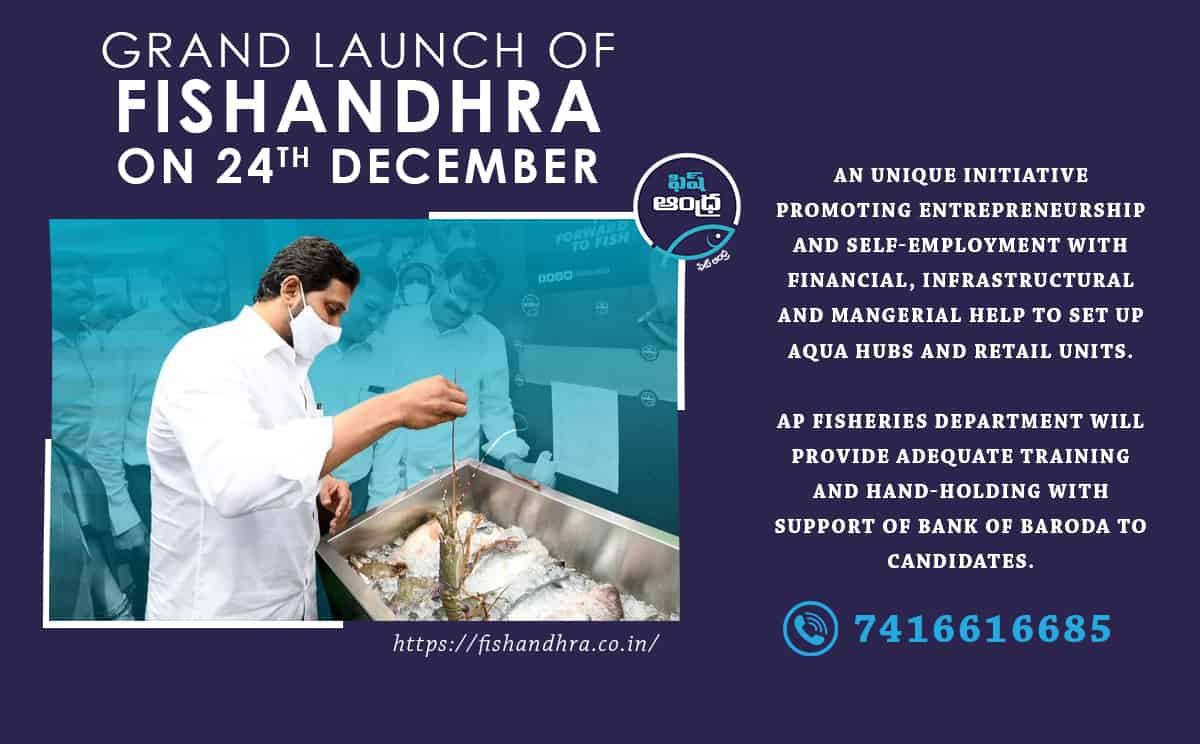 The state of Andhra Pradesh has a long coastal line but the successive governments never used it to its potential. Post bifurcation, the previous government did take adequate initiatives for the fisheries and the YCP government is set to launch a flagship program by the name ‘Fish Andhra.’

AP CM YS Jagan will unveil this ‘Fish Andhra’ on Friday at Pulivendula and he will also inaugurate integrated Aqua hub and retail units which is first of its kind in the country. Very soon the state will be opening 14,000 fish retail units (A unit across every village) and this would boost the state’s economy. This scheme aims to honour and promote the rich seafood culture in AP.

Through ‘Fish Andhra’ the state government in association with the government of India (Pradhan Mantri Matsya Sampada Yojana) will provide subsidies to fishermen and will support their livelihood and help small businesses in a big way.

Very recently Andhra Pradesh was awarded as the ‘Best Marine State’ by the department of fisheries, GoI and subsequently the state government has laid special focus on increasing the consumption of aqua products in the state and providing nutritious food to the people at affordable prices in the state.