Allow them to AP From Telangana, says HC 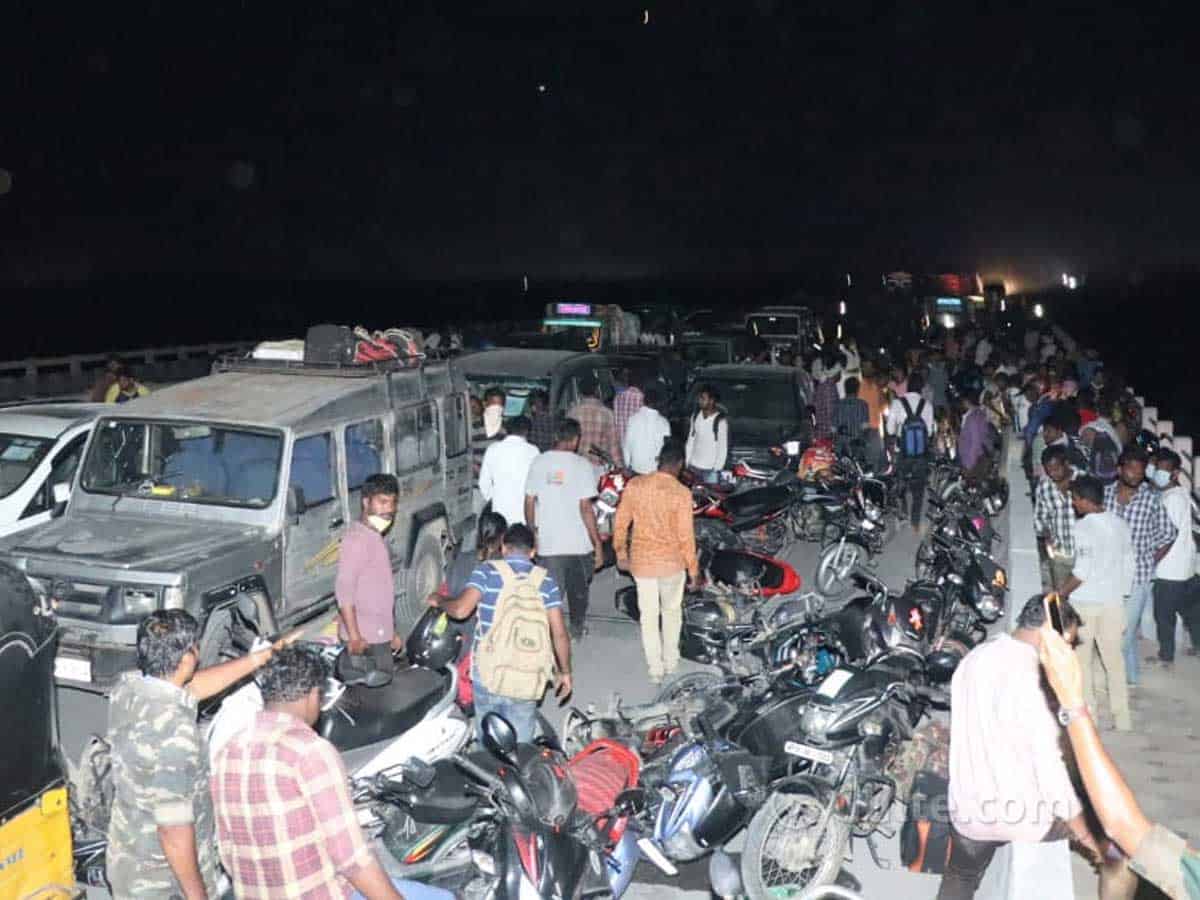 Since two-three days are so, the Andhra and Telangana border had witnessed tension atmosphere. Students and IT employees who are working in Hyderabad, managed to get a NOC from the police and headed towards their native places.

But at the border, AP police have stopped them from entering the state and eventually this issue turned big. Telangana CM KCR and AP CM YS Jagan had a word about this and later Jagan permitted people who agreed for home quarantine and rest were sent back.

Last night at Pondhugula, the people got agitated and threw stones at Police. Once again the border made it to the headlines and over this incident a BJP leader approached the AP High Court.

Learning about the seriousness of the issue, the AP High Court directed the state government and police department to allow the people into the state. However the court asked the people to remain in indoors and get the medical tests done regularly.

This has relieved the people who were eager to reach their homes in the lockdown. Finally the issue is resolved with High Court’s intervention.