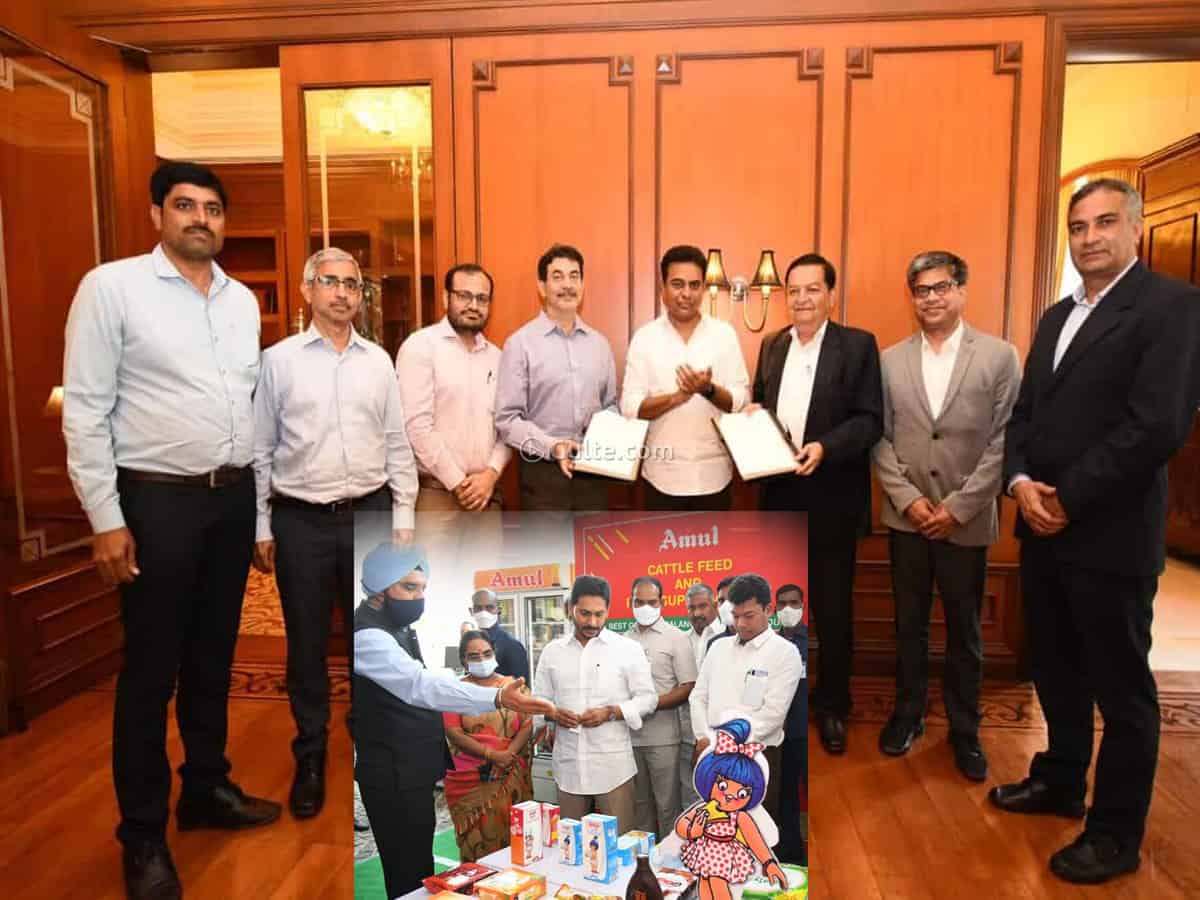 AP CM YS Jagan Reddy’s YCP government provided many opportunities to Amul, India’s biggest dairy cooperative society. A MoU was also signed between the AP government and Amul regarding supply of milk, production and manufacturing milk based products. Not stopping here, Jagan enabled Amul to tie up with women self-help groups which is an income source for women.

With support from the state government, Amul employed every prospect in its capacity and there was a good bonhomie between Amul and YCP government. Cut to the scene AP CM Jagan received a massive setback from Amul by preferring Telangana over Andhra.

Amul is going to establish a plant which would have the capacity to chill five lakh litres per day. This plant would be set up in Telangana and regarding the same, Amul signed an agreement with Telangana government. This deal is worth Rs 500 crore, said Amul in a statement.

Also Amul has more plans to expand the plant to ten lakh litres capacity and would provide direct employment to 500 people and indirect employment to close to 2000 people. The estimated time to set up this plant is 18 to 24 months and once fully operational, Amul will be producing bread, biscuits and other milk based products from this plant.

This decision of Amul management shocked not just the state government but many trade experts. The AP government offered all the assistance to Amul and the company explored and expanded its wings in the state. Yet Amul did not pick Andhra to establish its plant. The investment of Rs 500 crore means a lot for AP and more importantly it would provide employment to nearly 2500 people.

Amul’s decision raked up a debate that somewhere it is not fully happy with the YCP government. We may assume that there was a clear miscommunication between Amul and the AP government leading to losing a big investment.