Jagan To Meet Modi On Monday, What’s Up? 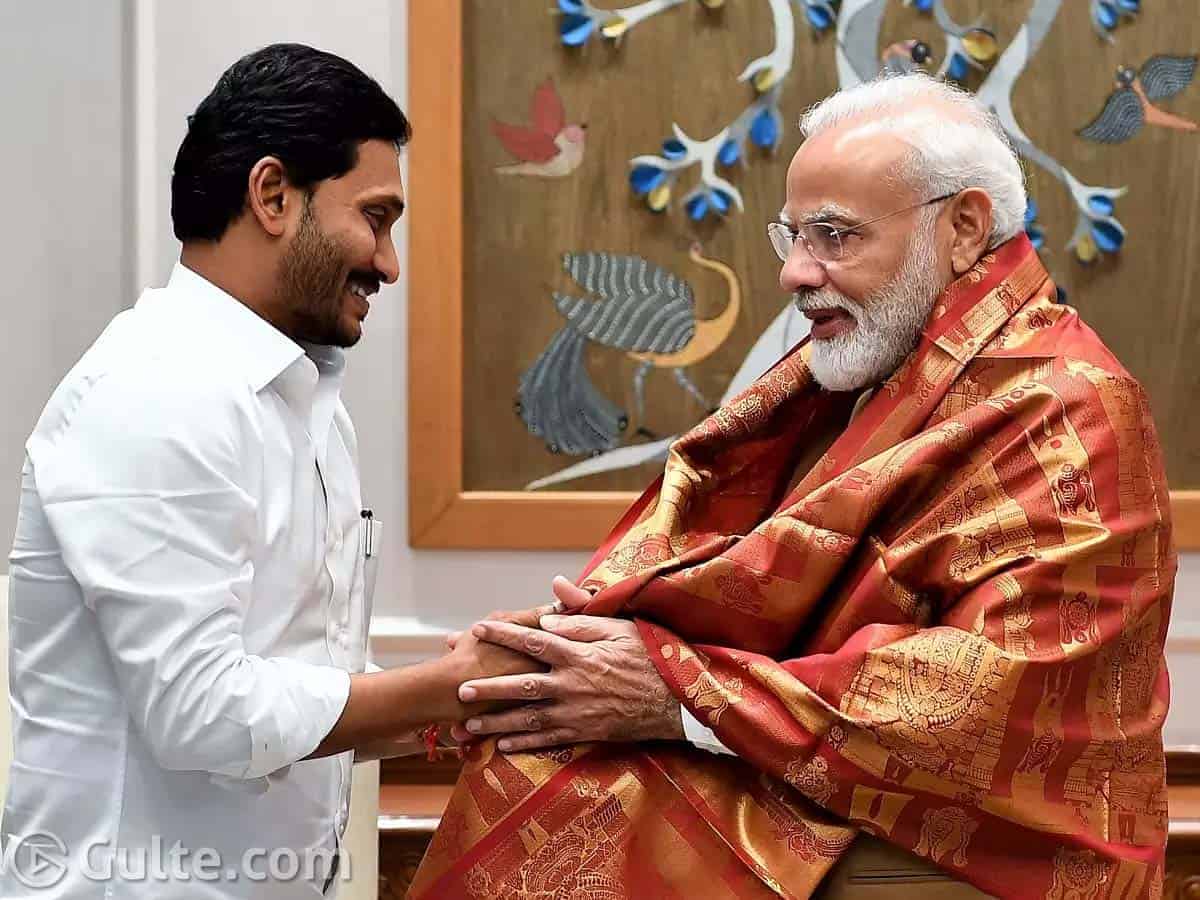 Chief Minister Y.S. Jagan Mohan Reddy is scheduled to visit New Delhi on Monday and meet Prime Minister Narendra Modi. In the wake of the Centre calling for a meeting of both the Telugu states on January 12 to discuss about the disputes that cropped up during bifurcation, Jagan’s Delhi visits has assumed significance in the political ciricles.

During his meet with Modi, there is likelihood of Jagan discussing the three-capital issue, action plan for development of Amaravati and multi-purpose Polavaram project.

He would also inform Modi about the water disputes Andhra Pradesh has with neighbouring Telangana. Jagan would once again urge Modi to fulfil all the promises made to Andhra Pradesh, as part of AP Reorganisation Act, during bifurcation of the state. Telangana and Andhra Pradesh have been fighting over the assets and liabilities mentioned in the schedules IX and X of the Act and Jagan is likely to take these issues also to the notice of Modi.

He is also likely to discuss about handing over drinking water projects to the water boards, about which the Centre had issued orders. In the wake of the promise made with regard to completion of the Polavaram project by 2025, Jagan would also urge the PM to release the dues concerning the project.

Reportedly, Jagan would also submit a memorandum to Modi seeking special category status in the wake of the grim economic situation in the state. He would also meet Union Home Minister Amit Shah and other ministers during his visit to Delhi.