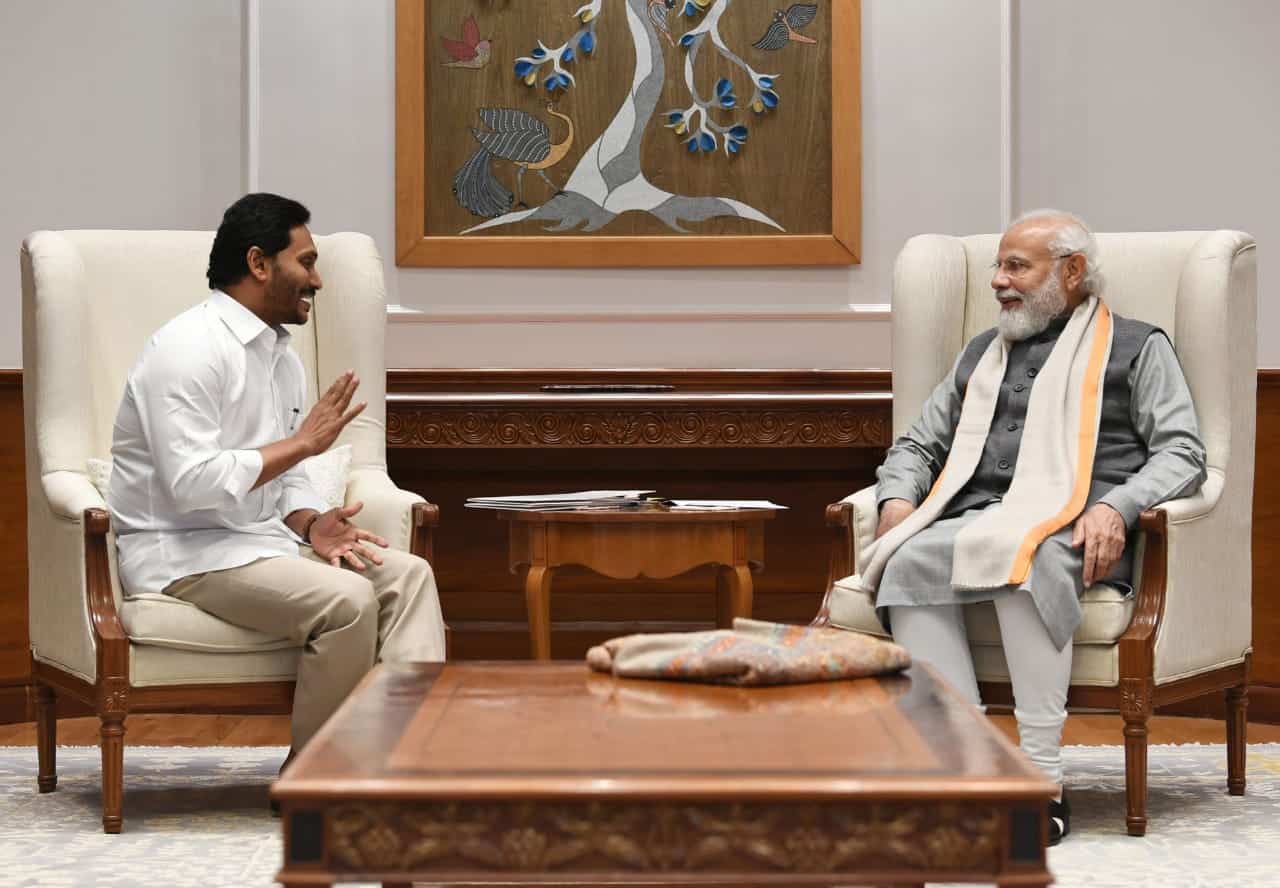 It is learnt that he spoke to Modi for more than an hour during which he apprised him of various issues plaguing the state including the economic crisis and denial of according special category status, a promise made during the bifurcation of the state.

However, YCP rebel MP K. Raghu Ramakrishnam Raju said that he has information about Jagan’s meet with Modi and that it lasted for not more than 10 minutes. “According to my sources, Jagan’s face reflected helplessness while leaving the place after meeting Modi,” the MP said.

RRR also challenged his party president Jagan Mohan Reddy to disqualify him as an MP in the next one month. “My party can never do that because I love my party,” he reiterated.

Meanwhile, Sakshi, the newspaper owned by Jagan’s media house, reported that the CM stressed the need for according special category status to the state given the inequal distribution of assets and infrastructure to the state, in the meeting.

During the split, the population got divided in the ratio of 58:42 between AP and Telangana but the former got only 45 per cent of the revenue share, the CM reportedly told Modi.

He reportedly spoke of Polavaram project and explained him how the cost of it had escalated since 2014 as the expenditure towards land acquisition and other aspects had increased. He also took it to the notice of the PM that drinking water was delineated from the irrigation component of the project and urged him to issue orders to rectify the same. Drinking water had always been a part of the irrigation component in any project but the Centre made it a separate entity in case of Polavaram.

On Tuesday, he is scheduled to hold discussions with Union Minister for Transport Nitin Gadkari.