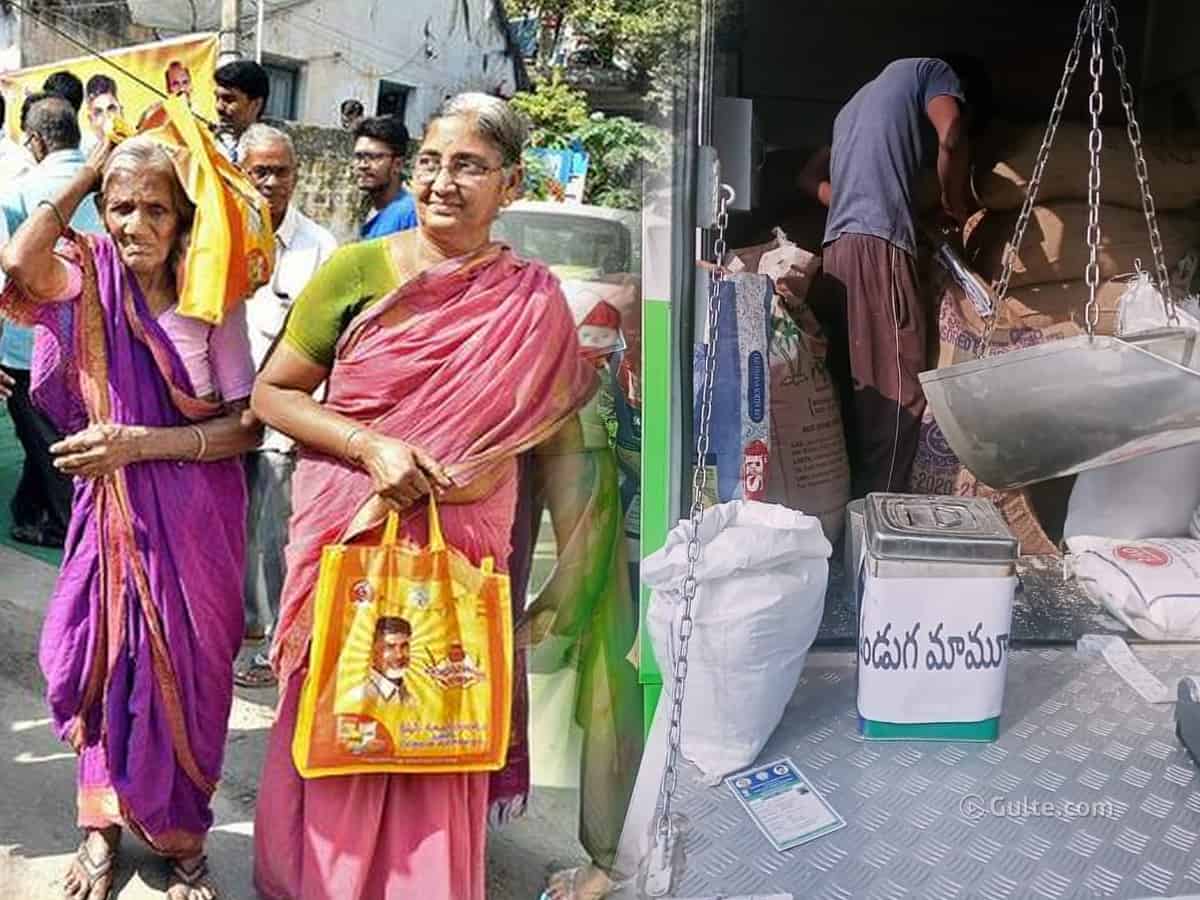 TDP president and Opposition leader N. Chandrababu Naidu lamented that there was no festive mood in residential colonies ahead of the biggest festival of Andhra Pradesh, Sankranti. The importance of Hindu festivals is gradually waning, he said.

The TDP activists reminded that during their party rule, the poor were given a kit of essential commodities, Chandranna Kanuka, which included ghee, rice, condiments and others to facilitate cooking Pongal, an essential sweet prepared marking Sankranti. “Now, instead of gifts, those delivering essentials at people’s door under the PDS scheme are collecting ‘Pandaga mamulu’ from the beneficiaries of the scheme,” they pointed out and said that it was pathetic.

On one hand, people are suffering due to pandemic-induced financial crisis and on the other, the YCP government is collecting taxes in a big way from them. The government should provide succor to the people during such a crisis instead, it is thrusting more burden on them by resorting to such cheap tricks, the TDP leaders said.

Further, they also suggested that Chief Minister Y.S. Jagan Mohan Reddy take a cue from the CM of neighbouring Tamil Nadu in the distribution of essentials to the poor.

Tamil Nadu CM M.K Stalin has set an example yet again by refraining from printing pictures of either his father M Karunanidhi or that of his on the bags containing essentials, distributed among the poor ahead of Pongal.

The bag just had the emblem of the Tamil Nadu government and pictures of Sankranti festivities on it even when 23 types of essential goods were being distributed with it.

The YCP government is renaming even central government schemes for which major portion of the funds are sanctioned by the Centre, they pointed out.

In Andhra Pradesh, every scheme is named either after CM Jagan or his father and former CM late YSR, the TDP leaders said.