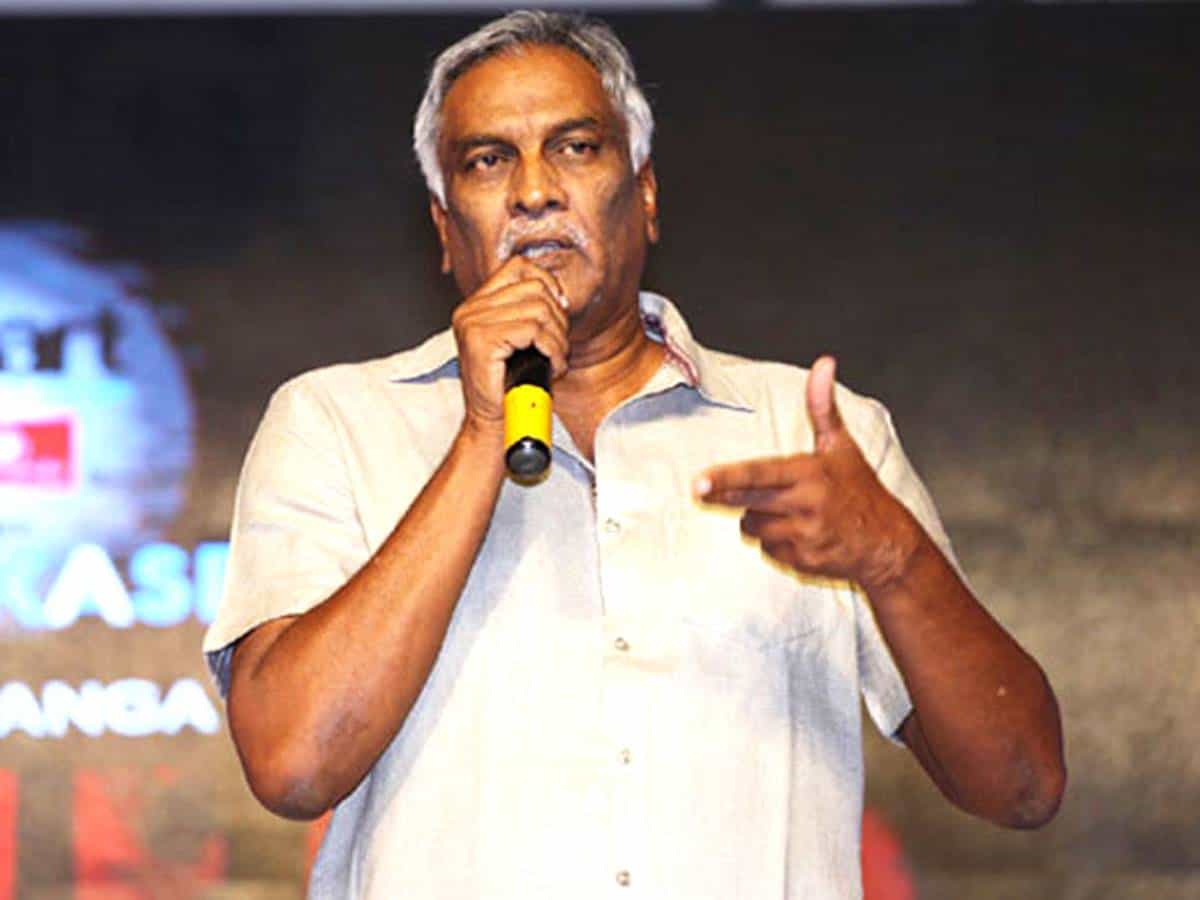 ‘Cinema Vallu Balisi Kottukuntunnaru’ this was the comment made by YCP MLA Prasanna Kumar Reddy. This did not go down well with Tollywood producers and they condemned it immediately and now we have a strong counter from senior producers NV Prasad and Tammareddy Bharadwaj.

“The language used by YCP MLA is offensive. No one in the industry is having a luxury here and the disgusting comment made by the MLA probably implies to him. It is highly objectionable to insult the film industry,” said NV Prasad.

The producer further said, “Making a film is a pain and needs hundreds of hands. A hero jumps from 100 meters high just to entertain the fans and audiences. Can MLA Prasanna Kumar do just a daring stunt?” Prasad questioned. The producer added that he is ready to host the MLA Prasanna Kumar at a shooting spot to show him what goes behind making a film and how many people work here which provides livelihood.

Veteran filmmaker Tammareddy countered the comments in his style. “If you compare the film industry with politicians, we don’t have enough big shots and their turnover is very high. Politicians who are in responsible positions should be watchful of their comments especially while addressing on public platforms.”

Throwing a challenge for open debate, Tammareddy further said, “MLAs are amassing huge wealth. What was the income of politicians before becoming MLAs and what is the value of their assets now? Are you ready for an open debate?” asked Tammareddy.

Advising the politicians not to induce caste feeling in the industry, Tammareddy stated that he doesn’t even know the caste of ‘Pushpa’ film producer. “I heard that the Reddy community was insulted in ‘Pushpa’ film and you alleged that it was a deliberate attempt to target the Reddy community. When I checked the titles of the film, producer’s name was mentioned as Naveen Yerneni. Why are you bringing caste equations into the industry? There is no such thing as caste in the film industry. After investing crores of Rupees, we have to collect each and every penny whereas you invest one Rupee and amass crores with power by your side,” counter Tammareddy strongly.

Surely YCP MLA Prasanna Kumar Reddy found himself in a wrong gear and he should certainly take back his words against the film industry. Else more and more people would come out and hit back at the ruling party MLA.