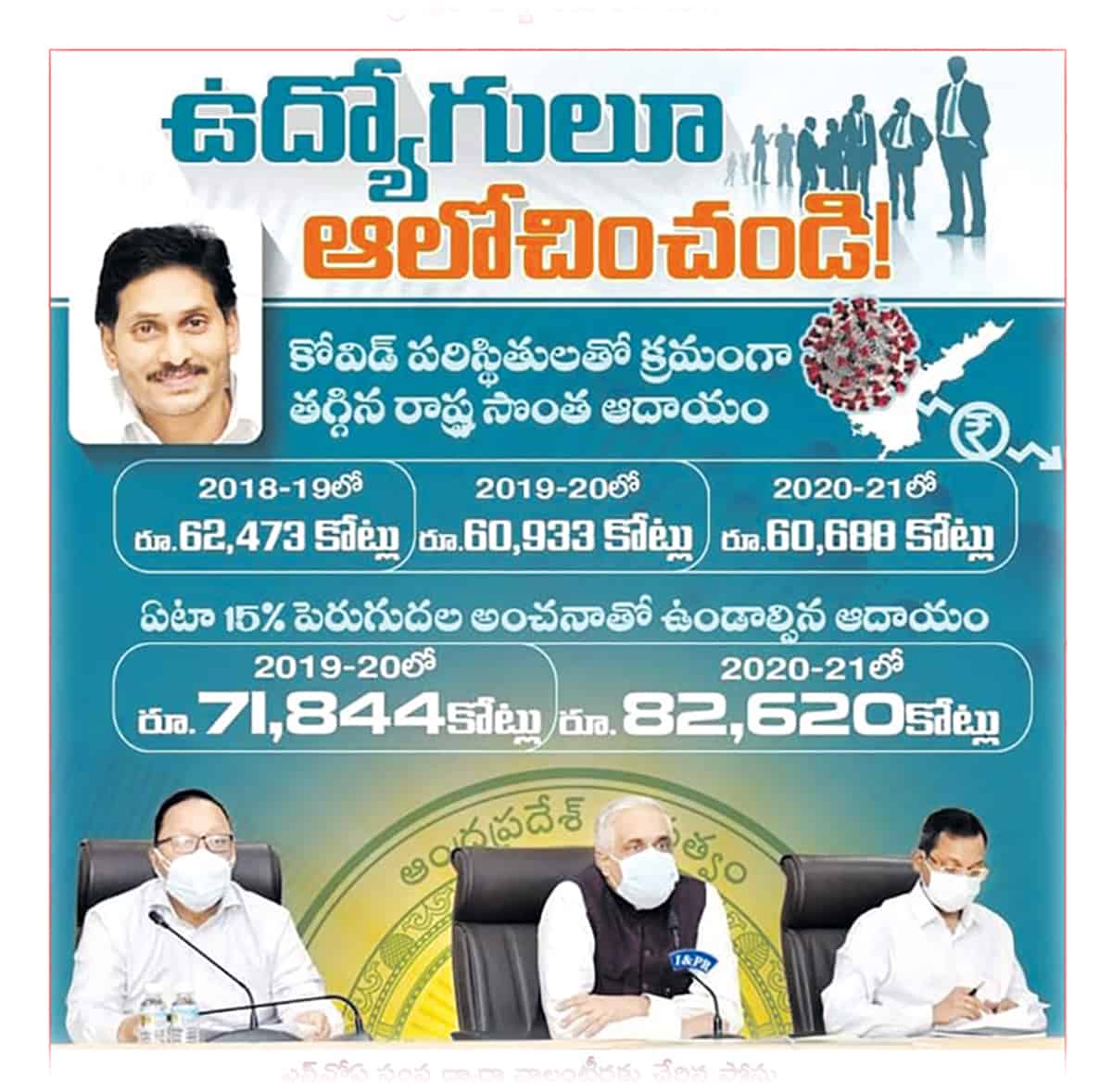 Long back the YCP sarkar formed Field Operative Agency (FOA) and this agency trained volunteers in various courses. The volunteers of FOA have been sent detailed pamphlets of the PRC announced and how it would benefit the employees. Every single volunteer manages about 50 families and they have a WhatsApp group as well. The YCP government asked the volunteers to share these pamphlets in the WhatsApp groups and they are eight different pamphlets explaining the state government’s motive.

Besides this on behalf of the YSRC party, a 12 pages note is also being circulated. This note is being shared on social media platforms like Twitter and Facebook.

This appears to be a clear strategy by the YCP to put pressure on the employees to agree to what the PRC announced instead of going for protest. But it needs to be seen how the people would react to it yet they need to cross verify the facts in this issue.