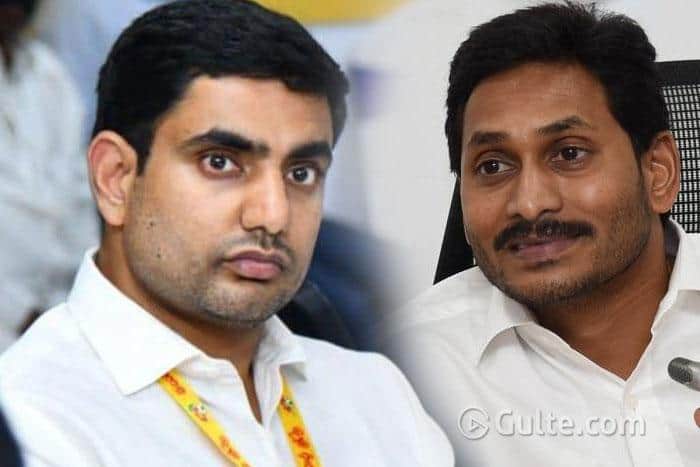 Almost a year back, there were allegations on Nara Lokesh about his ‘snacks’ spending of 25 lakh rupees at Visakha Airport, and the TDP leader shot back at Sakshi with a lawsuit against their article ‘Chinnababu Chiruthindi’ as it is maligning his image. It looks the time has come where Lokesh is bouncing it back at the YSRC government.

Lokesh is not hesitating to criticize Jagan’s government spending taxpayers’ money calling it either a scam or ‘Amrutham’ served instead of water. If the amount spent on snacks is close a 60 lakh rupees, he questioned if it is really snacks or currency bundles they ate.

While this is being made viral by TDP’s supporters, there are YSRC supporters who are bringing up the vast amounts spent by Chandrababu Naidu during his tenure as CM.