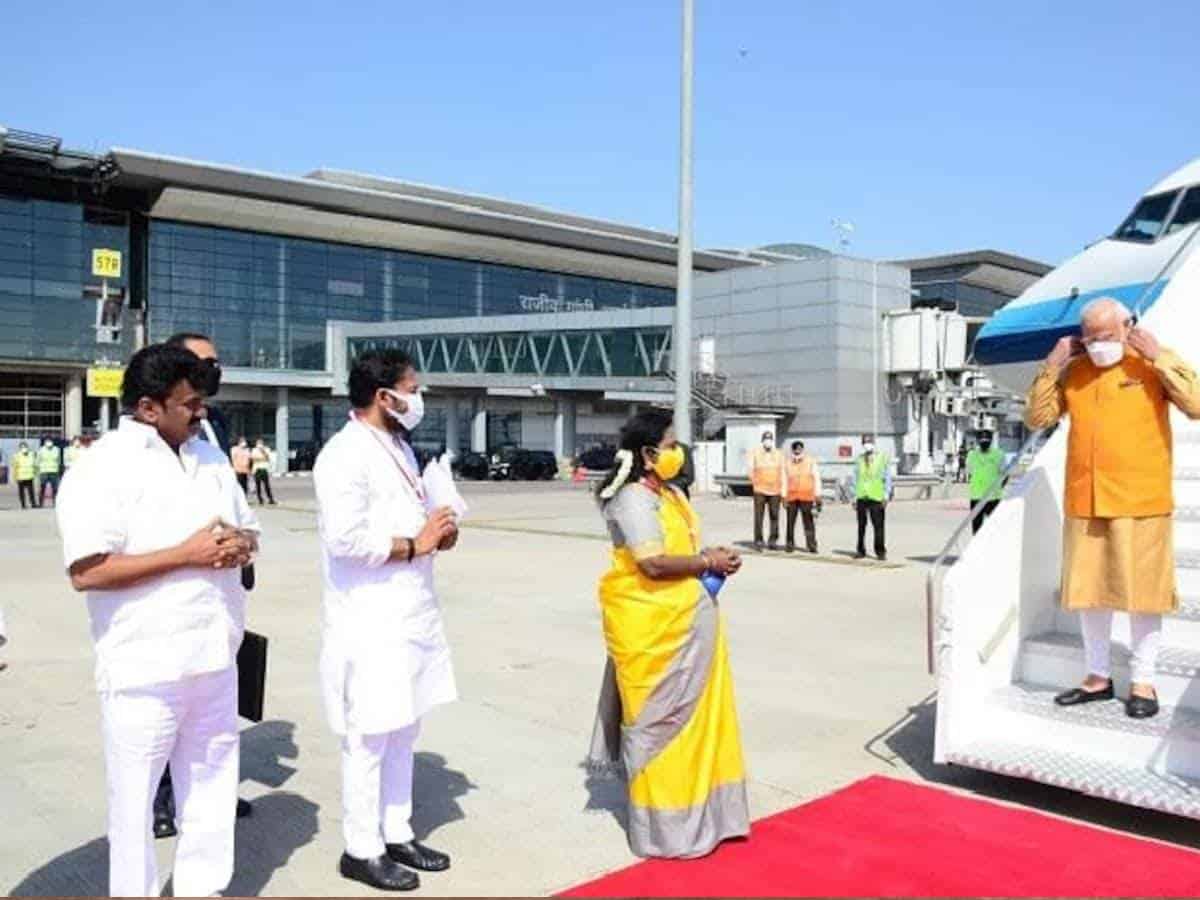 Ever since Prime Minister Narendra Modi tweeted that he will be making a half-day visit to Hyderabad today in order to unveil the ‘State of Equality’, several reports emerged that CM KCR will deviate from protocol norms by not receiving and seeing off Modi.

A couple of days ago, an official release from the chief minister’s office said state minister for animal husbandry, fisheries, dairy development and cinematography Talasani Srinivas Yadav has been nominated as the minister-in-waiting to receive and see off the prime minister.

And today, all the reports came true as KCR indeed missed receiving Modi. It is reported that KCR is not well and suffering from fever. His official residence said on Saturday that the chief minister was not present to welcome PM Modi at the airport, and also at the 50th-anniversary celebration of ICRISAT. Sources at Pragati Bhavan said that the Chief Minister was not well as he “is suffering from fever”.

PM Modi is making a visit to Hyderabad today where he is scheduled to unveil a statue of 11th century Vaishnavaite saint Sri Ramanujacharya near Hyderabad. Just a few hours before Modi landing, KCR’s office made it clear that KCR will not be there to receive and see off PM Modi. Soon after BJP Telanagna’s office page on Twitter tweeted “KCR has been regularly Insulting Constitution. Now violating protocol stoops is such idiotic and shameful act of KCR”.

Last week KCR reacted after Budget 2022 was announced. He also gave a clarion call for the Lok Sabha election 2024 and said he was in talks with other leaders for a strong alliance against NDA and Congress. In his post-Budget speech, he slammed both the BJP and the Congress and said the country needs a new movement like he did for the formation of Telangana.