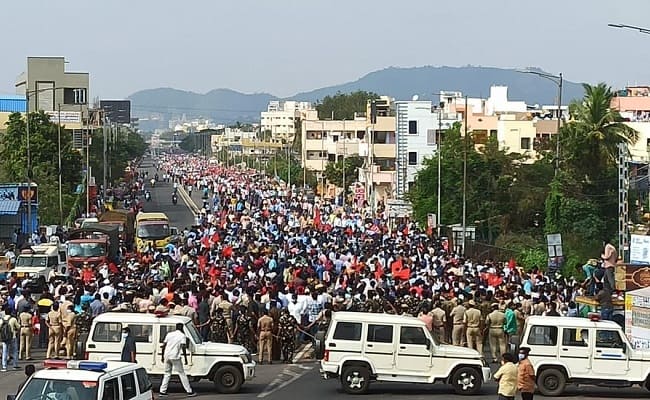 Finally, the standoff between the government employees and the cabinet committee on the PRC has been resolved. The prolonged discussion between the PRC Sadhana Committee and the ministers since Saturday afternoon has ended with the government agreeing to increase the HRA slabs. Chief Minister Y.S. Jagan Mohan Reddy reportedly spoke to the employees online after the stalemate ended.

Initially, the employee unions decided to go on an indefinite strike from Sunday midnight as their demands were not met even when they had been on the warpath for more than a couple of months. However, with the committee agreeing to 17 of their demands, including enhancing the HRA slabs and reviewing the PRC every five years, the employees called off their strike.

It has been learnt that apart from the HRA slabs, the employees made some more demands on other issues which also were agreed upon by the state government. For employees coming from Hyderabad, the HRA would be 24 per cent. The government also agreed to restore the CCA, regularize the services of contract employees, implement the PRC for RTC employees and volunteers of village and ward secretariats after their probation period.

However, the fitment for the employees continues to be 23% as was announced earlier. The government’s proposal to recover interim relief (IR) from the employees has also been withdrawn. Some changes have been made in the quantum of pension too as it has been demanded by the employees. The government also agreed to chalk out a roadmap for scrapping the CPS.

The employee unions thanked the CM for fulfilling their demands. AP JAC –Amaravati chairman Bopparaju Venkateswarlu said that the government thought the employees would keep quiet as five DAs were released at a time, giving a feeling that their salaries have increased. “But we could understand that injustice was done to us and planned ‘Chalo Vijayawada’. Soon the government invited us for talks and there was a positive response to many of our demands,” he said.

Meanwhile, Sajjala Ramakrishna Reddy said that they faced difficulty in increasing the salaries as was being demanded by the employees due to the financial crisis in the state. He said that the PRC report would be released tomorrow along with the new orders.