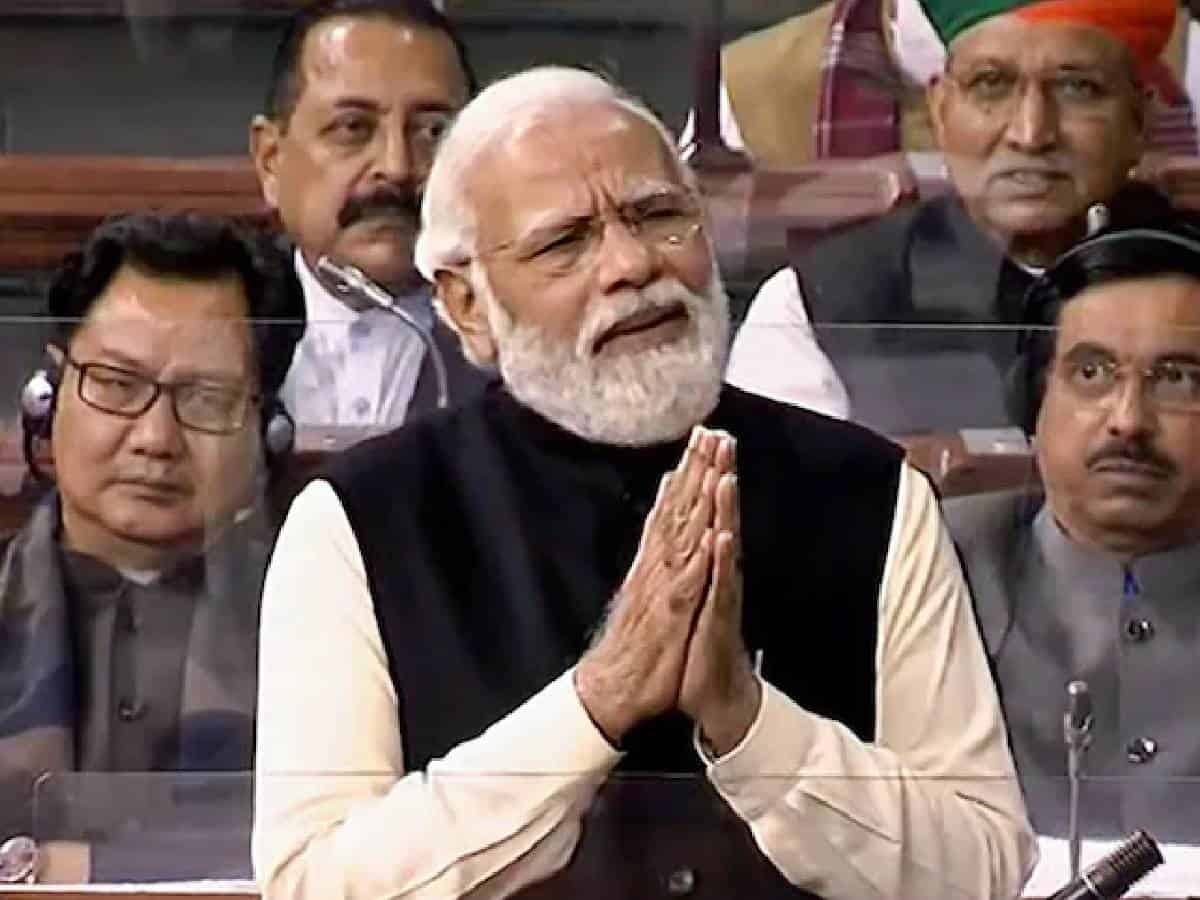 In vote of thanks to the President’s speech, Prime Minister Narendra Modi made key comments on Andhra Pradesh bifurcation. Targeting the Congress, PM Modi said AP was bifurcated only for political gains.

“BJP bifurcated three states but it was done in a peaceful manner. BJP held talks with politicians in power and opposition and led for the formation of three new states two decades back. Whereas Andhra Pradesh was bifurcated closing the Parliament doors and blocking out the live telecast of the Parliament sessions,” said PM Modi.

Clarifying that he is not against formation of Telangana, PM Modi added that despite bifurcation AP in an unruly manner, Congress did not come to power.

People of Telangana did not vote for Congress despite granting the decades dream of separate state while in AP, it’s status is a pity. As a result of Congress arrogance and dividing the state without any debates, the differences between the Telugu states have become complicated.

But nowhere PM Modi mentioned what his government has done to sort out these differences and also the promises made in the bifurcation act.