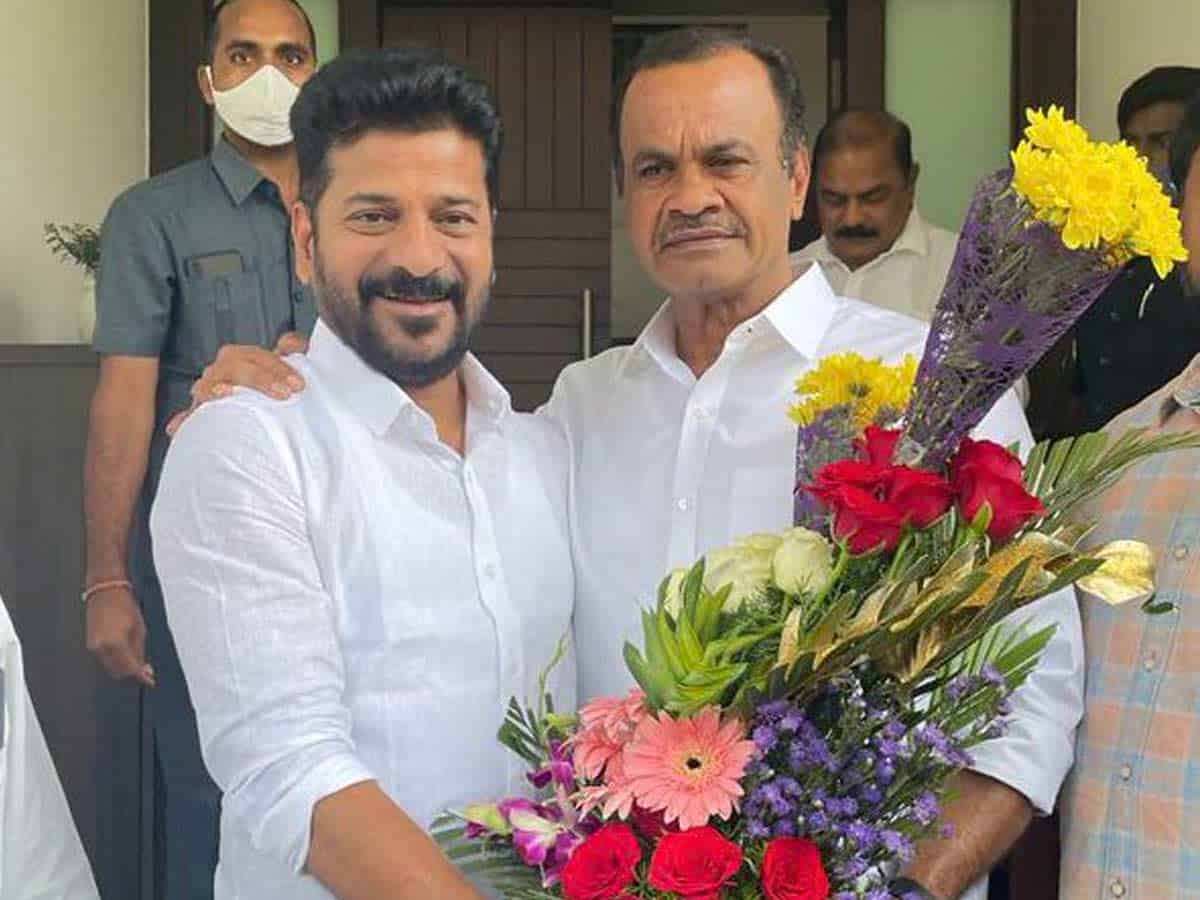 Ever since the appointment of Revanth Reddy as Telangana PCC chief, Bhongir MP Komatireddy Venkat Reddy was deeply upset. Despite being in the Congress for nearly three decades, Komatireddy did not get the TPCC chief post and he openly criticised Revanth and T-Congress incharge Manickam Tagore. And Komatireddy maintained distance from Revanth but he was available for all the party activities.

The other day Komatireddy poured full compliments on Telangana CM KCR and many assumed that he may shift loyals. How far is this true? It appears that we have a clarity.

On Tuesday, TPCC chief Revanth Reddy reached out to Komatireddy at the latter’s residence in Hyderabad. This was the first and official meeting of Revanth and Komatireddy and it really surprised the Congress cadre.

Revanth took to his Twitter and shared a couple of pictures of him offering a bouquet to Komatireddy. Both discussed the latest political developments in Telangana and also about Congress party’s internal affairs.

So is this an indication that ‘Happy Times’ have started in T-Congress? We shall see the outcome.