KCR To Offer Rajya Sabha To Prakash Raj? Here Is The Truth 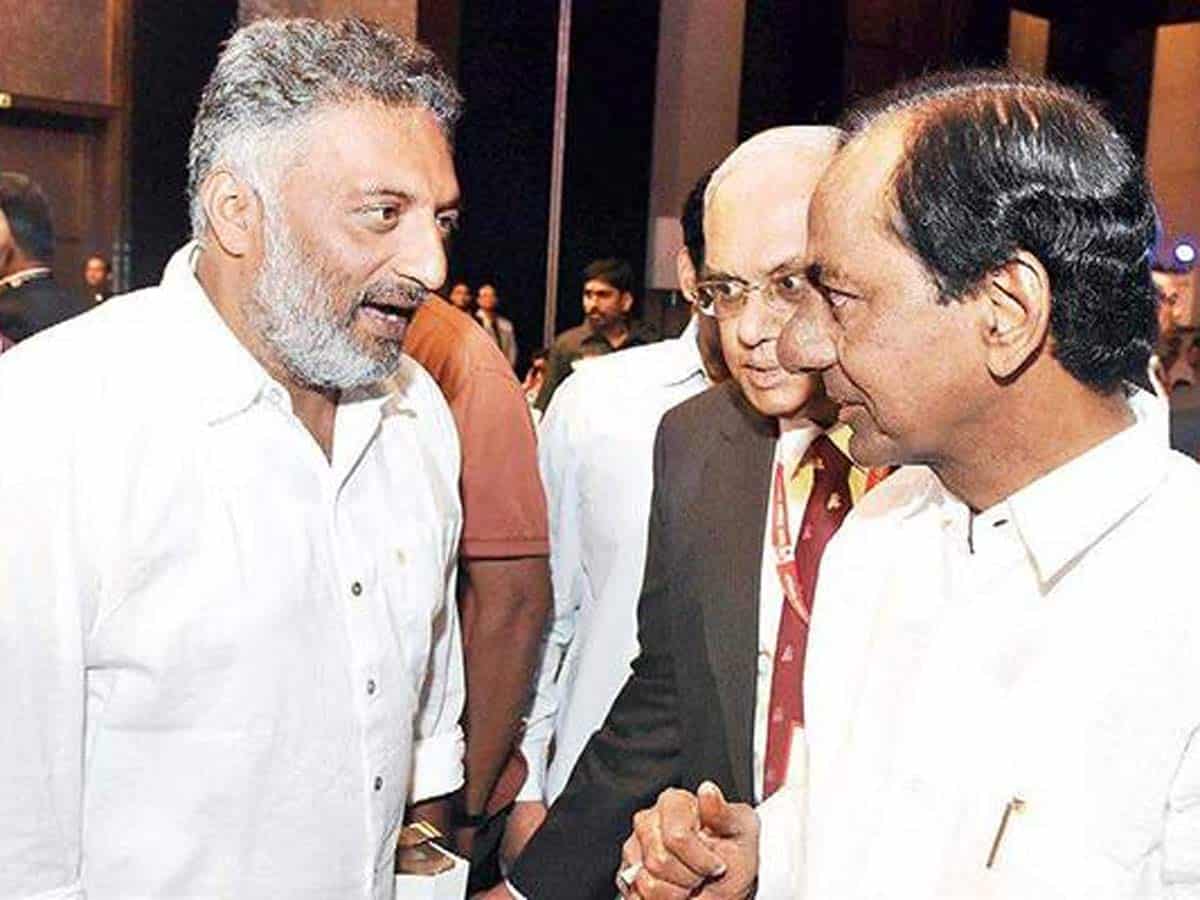 Versatile actor Prakash Raj was the centre of attraction on Telangana CM KCR’s visit to Mumbai during the weekend. Prakash Raj was spotted in every snap and when asked about his presence in the TRS delegation, Chevella MP Ranjith Reddy added that the actor is a good friend of CM KCR and the ideology to defeat BJP/Modi brought them together.

Simultaneously there were reports that Prakash Raj is likely to be offered Rajya Sabha by TRS chief KCR. Though there is no official word about it, the political circles are abuzz with the reports.

Speaking on it Prakash Raj rubbished these claims and added that deliberate attempts are being made to divert a good deed. “I have no clue from where these reports erupt but there is no truth in it. I don’t want to comment anything on such reports as of now,” said Prakash Raj.

There was a pinch of diplomacy in Prakash Raj’s comments but the TRS folks believe that the actor may not get Upper House ticket because there are huge aspirants within the party and moreover he is not a party member too.