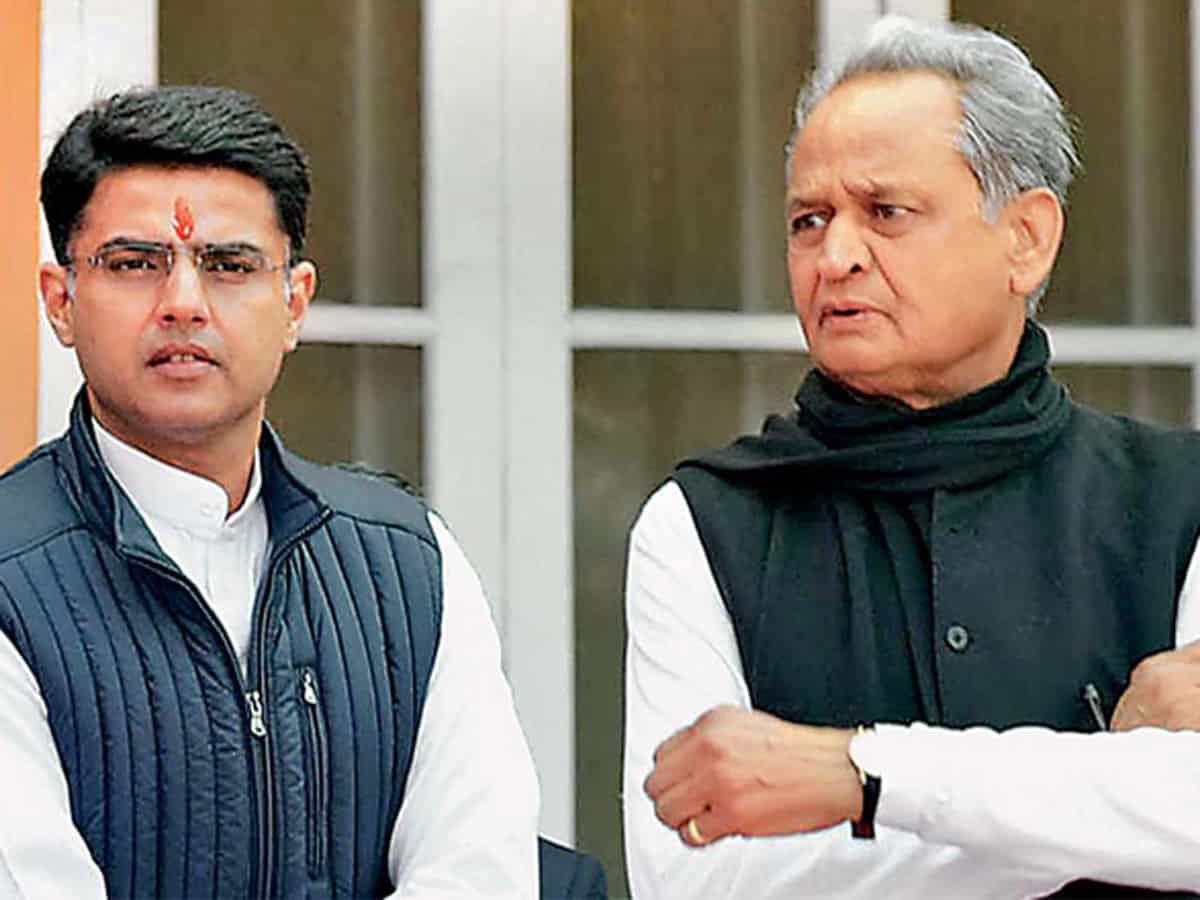 Rajasthan Deputy Chief Minister Sachin Pilot has declared an open rebellion against Chief Minister Ashok Gehlot. With the power struggle between the Congress leaders deepening and the functioning of the government coming to a standstill, the Congress high command rushed two observers to Jaipur, including party leaders Ranadeep Surjewala and Ajay Maken. The duo were told to avert splitting of the Congress party in Rajasthan.

According to sources, Congress general secretary Priyanka Vadra, in a last-ditch attempt, is trying to broker peace between Pilot and Gehlot.

Meanwhile, TV news channels were abuzz with speculation that he would join the BJP in a couple of days and this has led to anxiety among the Congress cadre.

It may be recalled that a similar situation was witnessed in Madhya Pradesh too recently when the Congress government, led by Kamal Nath, was toppled and the BJP formed a new government. There is speculation that a similar thing can happen even in Rajasthan if the political equations tally favourably.

Initially, Pilot was not reachable even on the phone for some time which led to tension among the party cadre. On Sunday night, Congress veteran Ashok Gehlot held a meeting with the MLAs of the ruling party at his residence. Nearly 10 ministers and several MLAs attended the meeting, which virtually was a show of strength.

The political observers sent by the party high command are trying to work out a compromise formula at the earliest. It is learnt that All India Congress Committee (AICC) president Sonia Gandhi and general secretary Rahul Gandhi are not happy with the developments in Rajasthan. It is learnt that they are worried the rift between the Congress leaders might benefit the BJP.

Two other states faced similar crisis and the BJP played its politics to topple the existing governments. Sonia and Rahul are worried that the BJP would stake claim to form the government even in Rajasthan.

Differences from the beginning

Meanwhile, Pilot claimed that he has the support of a few Independent candidates too. He said that the Gehlot government was in the minority and declared his rebellion on his WhatsApp group.

Since the day Gehlot was chosen as the CM candidate, Pilot has been differing with Gehlot. Recently, in the elections held for the Rajya Sabha, the CM, deputy CM and a few others received notices regarding luring several MLAs to vote against the Congress party and this aggravated the crisis.

Notices are an insult

The Deputy CM’s aides said that Pilot considered the notices issued to him as an insult. It is being said that Pilot is of the opinion that allegations of toppling one’s own government meant much more than insult and that the notices indicated Gehlot had crossed all boundaries. Pilot and his supporters made it clear that they cannot work under the leadership of Gehlot. However, Gehlot maintained that the notices were served even to him, along with many others, and that he had no intention of insulting Pilot.

Congress senior leader Kapil Sibal took to his Twitter handle and tweeted that he was worried over the party’s future in the wake of the latest political developments in Rajasthan.

AICC general secretary and Congress state affairs in-charge Avinash Pandey maintained that the government was stable in Rajasthan and that all his party MLAs were in constant touch with him. Pandey said that he could not speak to Pilot for the last two days and that he was trying to reach out to him. He also said that he was reporting about all the developments to AICC leader Sonia Gandhi.

In Madhya Pradesh, Congress MLA Pradyumna Singh Lodhi shifted his loyalty to the BJP. He resigned to the MLA post and also to the Congress party membership. Now, the Congress strength in the Assembly has decreased to 91.

There is anxiety over Pilot’s next plan of action. It is learnt that the Congress high command is in no mood to give the CM post to Pilot even when speculation is rife that he would join the BJP. However, the BJP made it clear that they are not holding any discussion with Pilot.

Some others are of the opinion that he would launch a regional party and try to form the government.

Amidst the chaos, it is learnt that three MLAs from Pilot camp had come back to Jaipur and made it clear that their party’s orders were supreme for them.