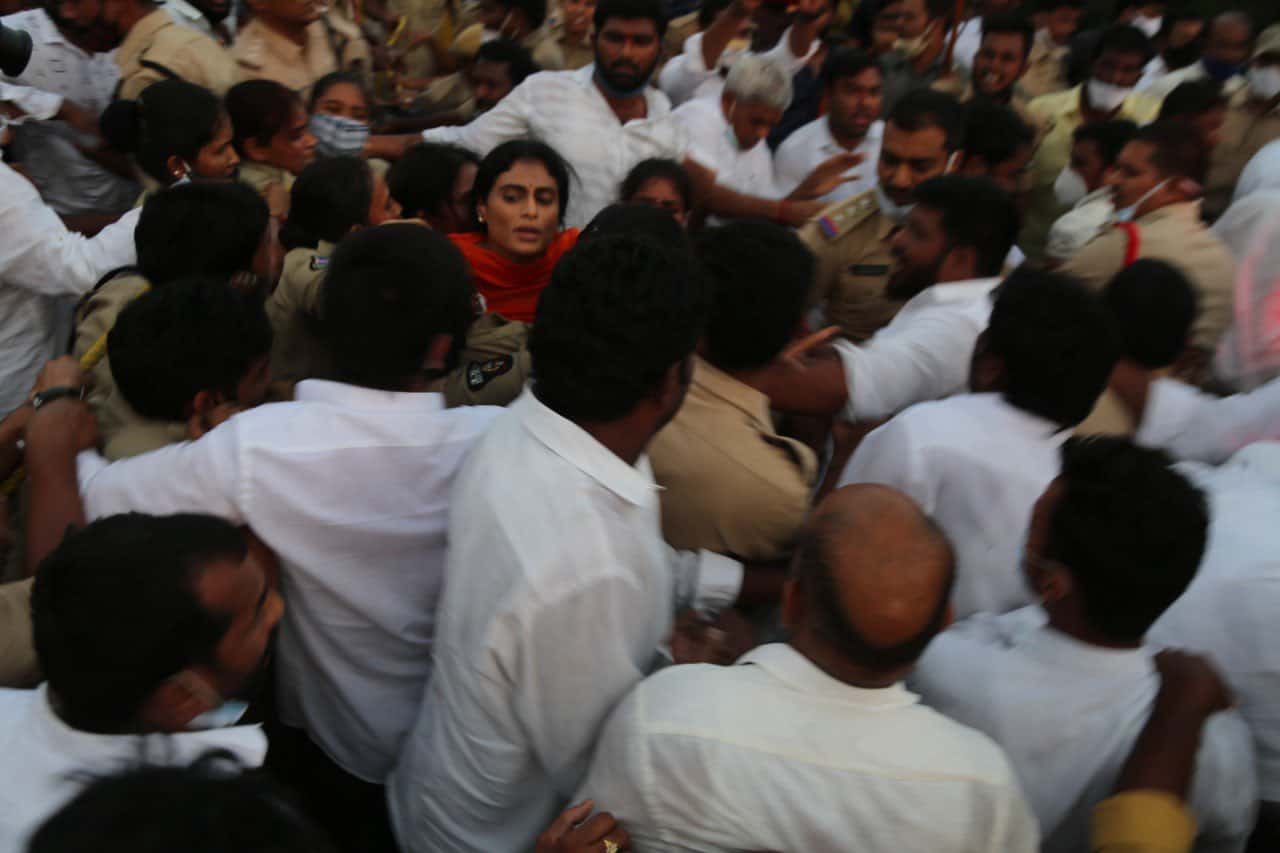 This morning Telangana CM KCR has announced a massive recruitment drive in the state with 80,000 jobs and regularising over 11,000 jobs. This announcement provided a much needed relief for the lakhs of unemployed youth who have been waiting for years now.

TRS is celebrating this announcement while oppositions are criticising it calling it a political gimmick. And one party took the credit for the employment announcement and it is YS Sharmila’s YSRTP. Taking to her Twitter, Sharmila added that no matter what any dictatorial ruler will bow down to agitations and fights.

“Today’s KCR employment announcement is a victory for the YSR Telangana party. We have protested on unemployment issue for three days every week since the inception of my party. Until we staged a hunger strike, the rest of the opposition had no clue on the unemployment issue in the state and at last the ruling party had finally woken up,” tweeted Sharmila.

However Sharmila was sceptical of KCR’s announcement. “KCR has the habit of lying even in the Assembly. There are 1.90 Lakh vacancies in the government sector but KCR announced just 80,000 vacancies and there is no guarantee on it either. So our agitation doesn’t stop here. We will continue to put pressure on the government until the notifications are out and youth are recruited,” added Sharmila.

That’s it. That’s what Sharmila has to say!