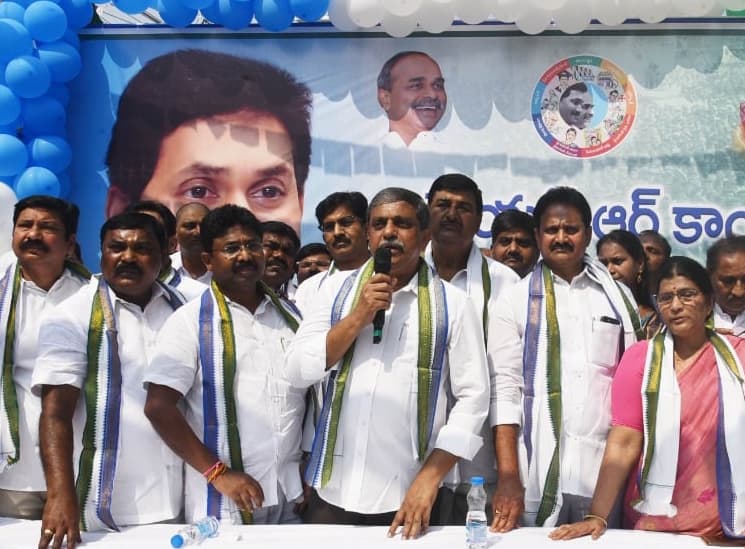 The popular opinion is rife today that Andhra CM Jagan Mohan Reddy made an allegedly big mistake and his vivid apathy towards his own party members is believed a big-time blunder. The thing is, Jagan-led YSRCP celebrated 12th formation day on Saturday across the state by hosting the party flag, cutting cakes, and organising various service activities. The celebrations were held on a grand note at the party central office and over the state.

As a part of this, party leaders also celebrated the occasion at the Tadepalli Central office. The special guest Government Advisor ( Public Affairs) Sajjala Rama Krishna Reddy hoisted the Party flag, paid floral tributes to former Chief Minister YS Rajashekar Reddy. Everything went well until it became a hot topic that CM Jagan did not take part in the celebration. Even his own party members wondered why didn’t Jagn show up when all of them have decided to celebrate the special day.

YSRCP surely went through many hurdles and emerged as a leading party today and few party seniors reportedly questions what is more important to Jagan that he skipped a prestigious event like this. It leaves a mystery why Jagan chose not to celebrate his own victory. Did he ignore his party leaders and his own party that gave him the honourable position today? Well, the reasons are best known to him.

When enquired, it is also fathomed that Jagan was not occupied with other works on Saturday and in fact, he was there in Tadepalli’s Camp office. He could have spent at least 30 mins and avoided all these misunderstandings today.

Especially with election fever ahead, where Chandrababu Naidu and Pawan Kaylan are doing their bests to improve their respective parties, it leaves everyone surprised that he missed his own party’s formation day. What could be more important than this? Instead, Jagan just settled with one single tweet saying that he needs people’s blessing and his goals are being achieved.