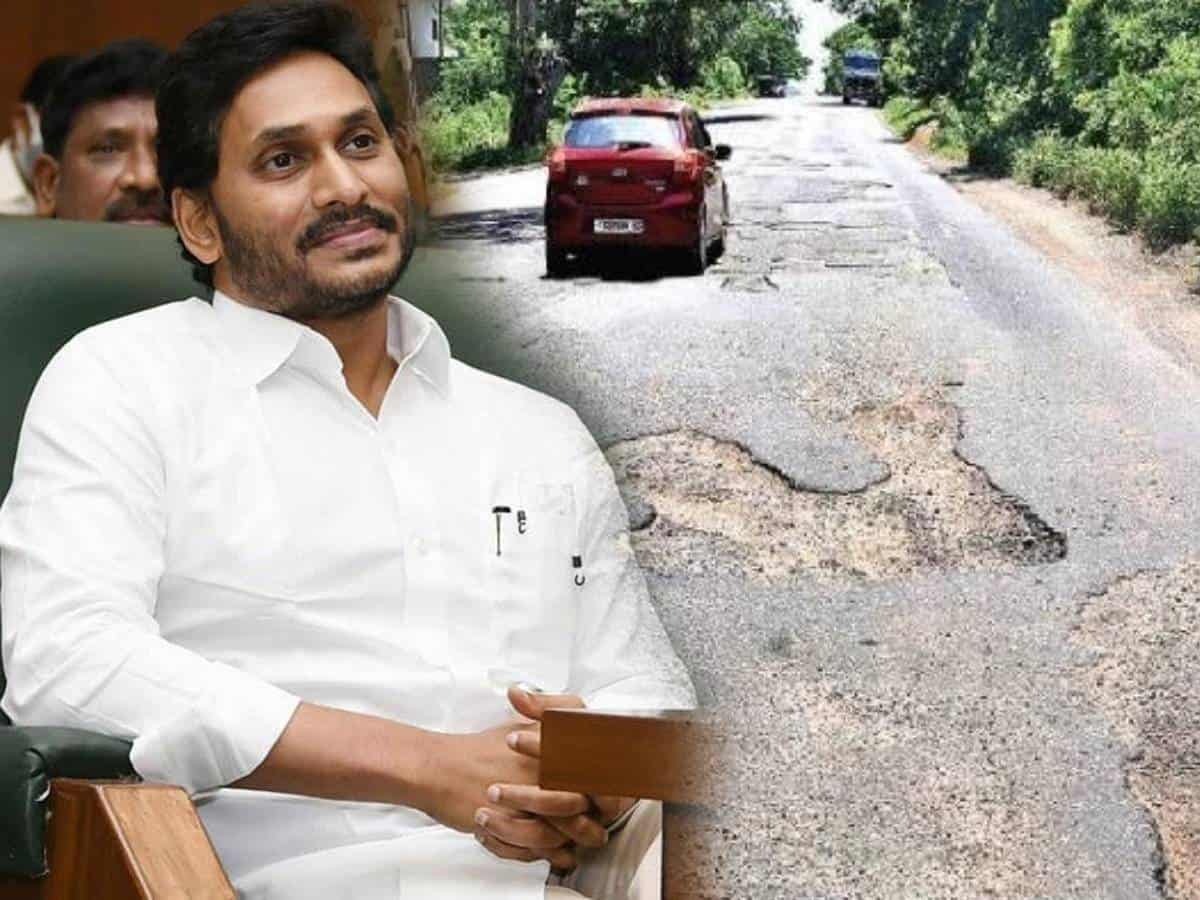 TDP leaders are criticizing the YCP government for considering rainy season to have extended beyond its regular schedule. They are wondering as to when the ‘extended rainy season’ would end for the YCP government to repair the pothole-ridden roads and lay new ones, in the wake of the promise by Chief Minister Y.S. Jagan Mohan Reddy last October, that all the roads in the state would be made smooth once the rains subside.

In January, Jagan even set up a separate corporation for repairing and laying of roads. The corporation was allowed to borrow Rs 2,205 crore loans too from banks to pay to the contractors who come forward to do the works. The YCP leaders dubbed the funds a record allocation for road repairs. However, contractors are not coming forward to take up the works fearing the YCP government would default on payments, given the alarm the party MPs raised in the Parliament and the heavy borrowings by the state.

Tenders were invited for more than 1,100 road works but it was learnt that contractors filed quotations only for a meagre 200 works and of them, a majority were found to be the kith and kin of the CM himself.

At the same time, the CM also blamed former CM and TDP boss N. Chandrababu Naidu for the bad roads. He said that the TDP government for ignoring the repair and maintenance of roads. “Since the YCP government came to power, there have been copious rains every year, unlike during the TDP regime when there were drought conditions. The rains brought cheers to the farmers and woes to the motorists. The government will take up the repair works by mobilizing funds for the purpose. The TDP is involved in false propaganda against the YCP government with regard to the roads only because the yellow party cadre is not able to digest the fact that Naidu is not in the CM chair,” he said.

Jagan and his ministers tried to sound as though rains had damaged the roads but in fact, no repair or maintenance works had been taken up since the YCP government came to power, the TDP leaders said.

Take photographs before, after

Meanwhile, roads and buildings minister M. Sankaranarayana had asked the officials to take photographs of the roads before taking up the works and after the works are completed just like in it was done for Nadu-Nedu, to ensure that quality was maintained and also to showcase to the people the difference in the roads before and after works are done.

Last month, Union minister for road transport and highways Nitin Gadkari laid foundation for as many as 51 projects in the state to be taken up at a cost of Rs 21,000 crore. Gadkari also promised to spend Rs 3 lakh crore on roads and highways in the state by 2024.

Now, it has to be seen how fast the roads would be laid to finish the works by June and in this hurry, if the contractors would not compromise on the quality.