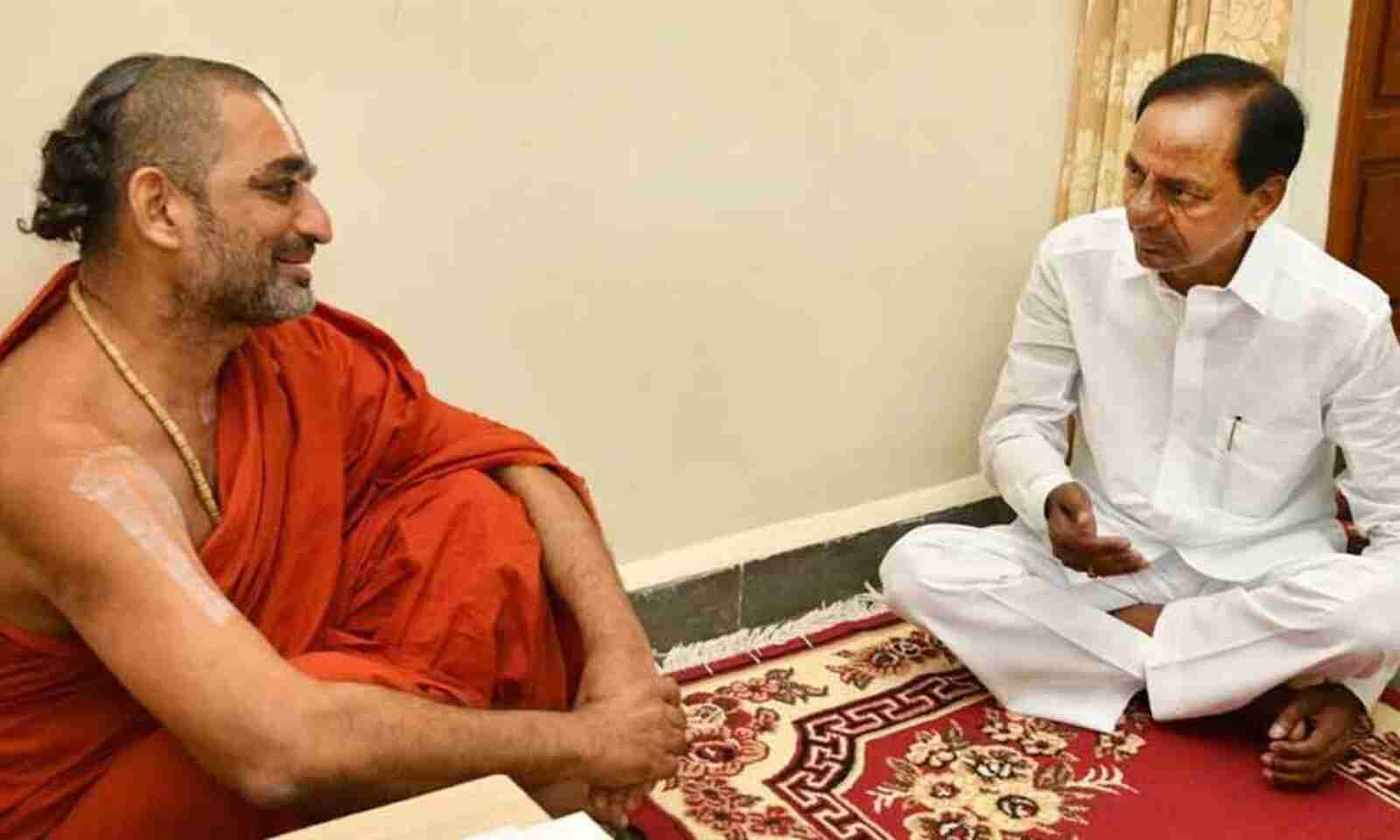 For the past few days, there have been consistent reports that CM KCR and Vaishnavaite seer Srimannaryana Ramanuja Chinna Jeeyar are experiencing a rift between them. As per rumours, KCR is reportedly angry with Swamy for not including his name along with Prime Minister Narendra Modi on the plaque during the inauguration of the Statue of Equality, the 216-ft statue of saint Ramanujacharya on February 5.

Meanwhile, it was Chinna Jeeyar who had fixed the muhurtham for the consecration of Yadadri temple at 11.55 am on March 28, falling in Mithuna Lagnam, by performing Maha Kumbabhishekam during the visit of KCR to his ashram in October 2021. The seven-day Vedic rituals for the inauguration of the renovated ancient hill shrine of Lord Lakshmi Narasimha Swamy at Yadadri have begun.

But popular Vaishnavaite seer Jeeyar was not invited. Despite him being the spiritual force behind the temple works, Jeeyar is likely to miss the event as the Telangana government has not extended an invitation to him. This leaves several in shock as he has been the agama advisor, who decided the temple construction and rituals as per the scriptures from the beginning.

According to the initial plan, Chinna Jeeyar Swamy is scheduled to guide the entire programme of conducting homams and consecration of the temple. But in a sudden change of plans, he is out of sight and out of mind for KCR and the endowments department has deputed Rithwiks and Vedic pandits of different temples for performing the event, as per the official.

Today, Yadadri temple executive officer N Geetha Reddy confirmed that no special invitation had been extended to anybody, including Chinna Jeeyar. And reportedly, after the whole situation took place, where he realized that the government is unlikely to give him the responsibility anymore, Chinna Jeeyar left for his ashram at Seethanagaram on the banks of Krishna river in Andhra Pradesh’s Vijayawada, a few days ago.