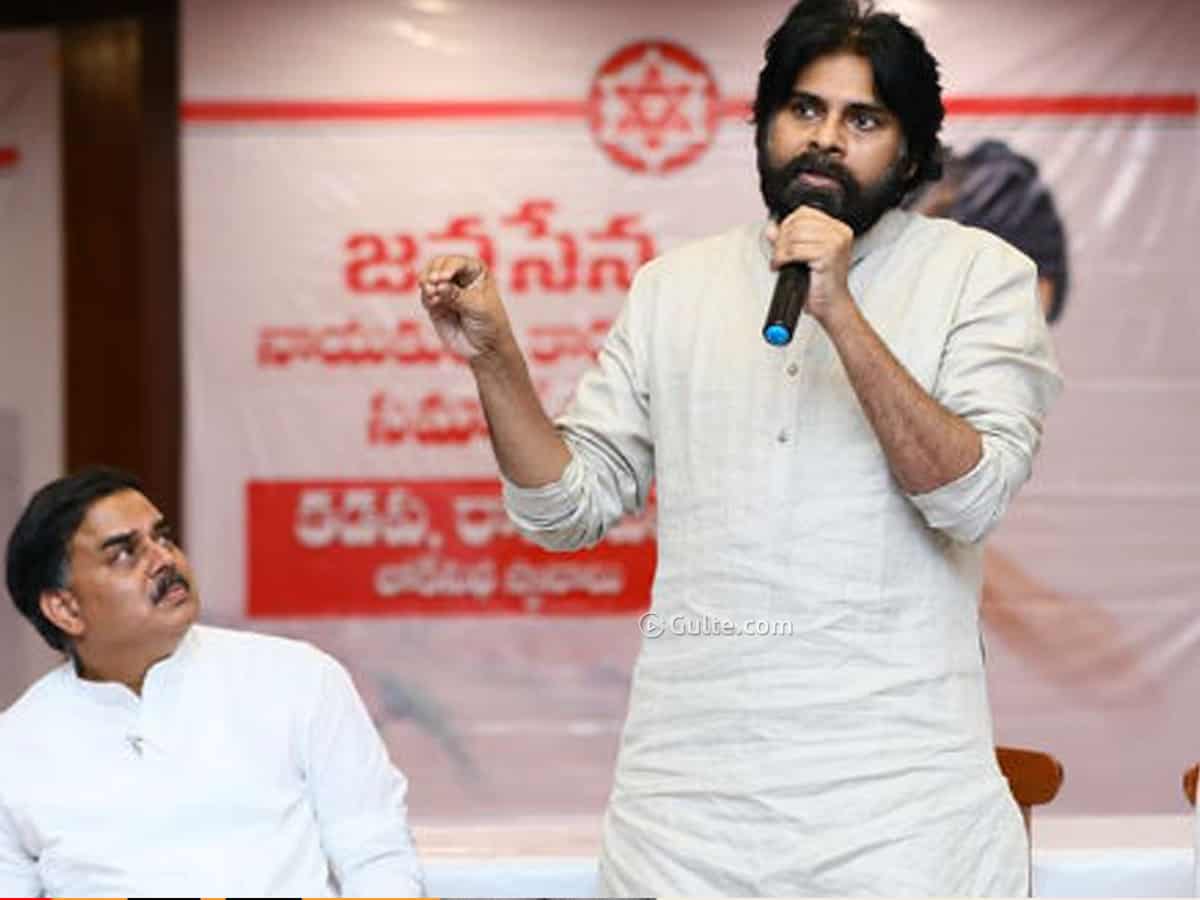 Jana Sena president and actor Pawan Kalyan reiterated that he was committed to not split the anti-YCP votes in the state. He sounded that the Jana Sena would work with the sole aim of dethroning the YCP in the state.

Kalyan reminded that during the March 14 meeting, he spoke about not splitting the anti-YCP votes after giving much thought to the looting and autocratic rule by the YCP in the state. The high handedness of the YCP leaders and the government’s misrule is turning Andhra Pradesh like another Sri Lanka. He lamented that the YCP was pushing the state into debts which could soon end in an economic crisis similar to that in the island nation.

“I have not made the statement just like a passing remark. It was made after giving a deep thought to it,” he said.

Reacting to the YCP leaders’ statement that Jana Sainiks should not carry the palanquins of other political parties, Pawan Kalyan said that their party was not interested in carrying the palanquins of anybody but to enable the public sit in the palanquin. This statement evoked an uproarious applause from the gathering.

He said that the YCP leaders need not shower fake love on Jana Sainiks by giving suggestions and advices. If you had so much love, why did you foist cases against the Jana Sena leaders, he asked.

Pawan Kalyan also wondered why was the YCP getting petrified by Jana Sainiks when they were staging any protests. The YCP leaders took note of every Jana Sainik who participated in the recent protest against hike in power charges and threatened them of dire consequences if they continued to raise their voice against the YCP government.

“A statement that the Jana Sena would not allow anti-YCP to get divided had put the YCP on tenterhooks. Had you done good to the people, you would not have become so disturbed by this statement. Why are you fearing the Jana Sainiks,” he questioned.

Similarly, we did not create any trouble to the tenant farmers but many of them had ended their life. It is your negligence and lackadaisical attitude that is costing their lives, he pointed out.

Since the YCP came to power, the leaders have been saying that the treasury is empty. Taxes on all consumer goods and fuels have been increased and where is all the money going? Disbursing money without generation of wealth will only spell doom to the state, he added.