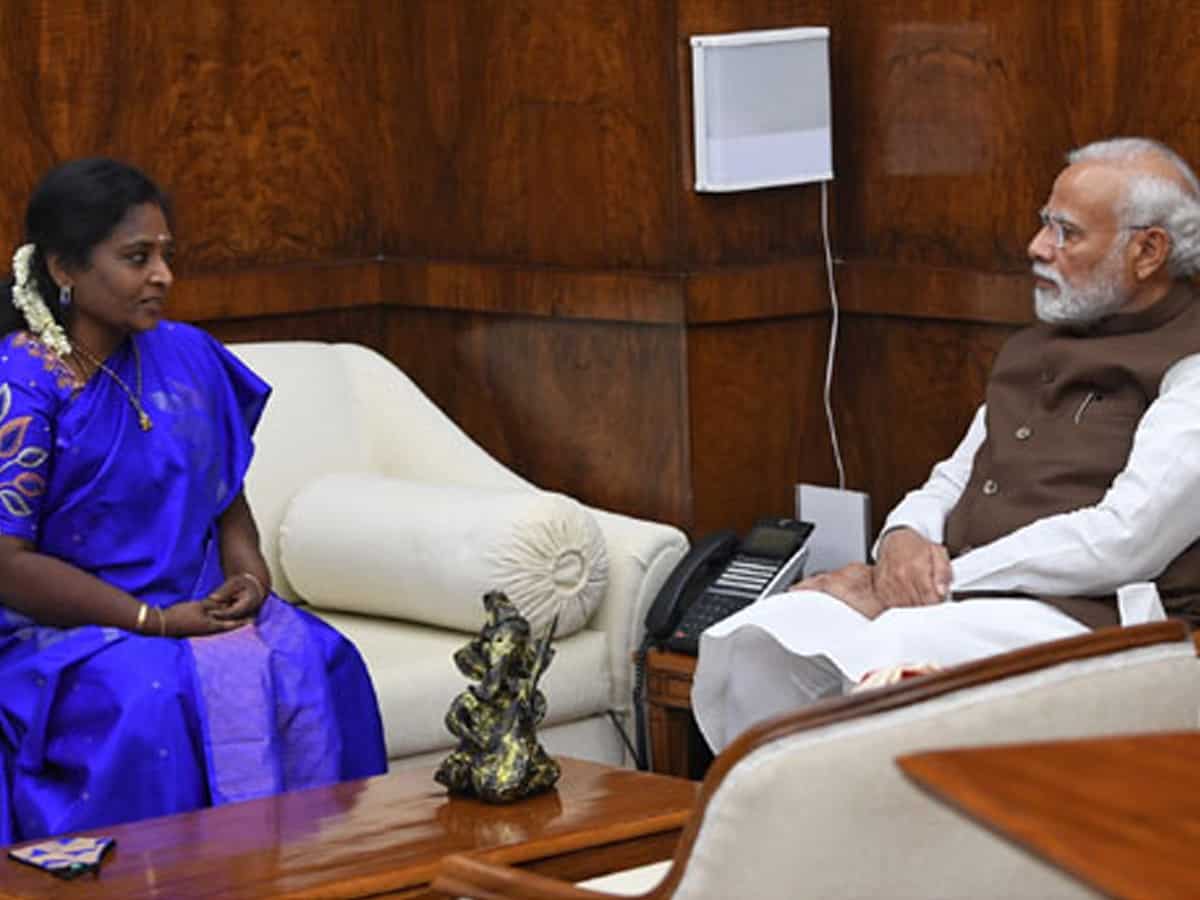 Telangana Governor Tamilisai Sounderarajan met Prime Minister Narendra Modi and she reportedly discussed the protocol issue with him and also about the latest political developments in the state. In the recent past Governor Tamilisai was being snubbed by the KCR & TRS government and the due protocol was also not followed during her visits.

The Governor took this issue to the notice of PM Modi. Speaking on the occasion, Tamilisai made interesting statements. “A state government has to respect the Constitution and the system that is in place and it’s the responsibility of the Chief Secretary to implement the protocol. Instead of targeting the individuals, the system should be taken into consideration,” said the Governor.

Further, Tamilisai made it clear that she did not complain anything against the TRS government to PM Modi but discussed issues such as tribal reservation and improvement of facilities in government run hospitals.

The Governor’s statements are a bit confusing. She raked up the MLC row on her own and weirdly clarified that there is no controversy in it. Later in the day Governor Tamilisai is expected to meet Union Home Minister Amit Shah.