TRS vs Guv: Revanth Comes In Support Of Tamilisai 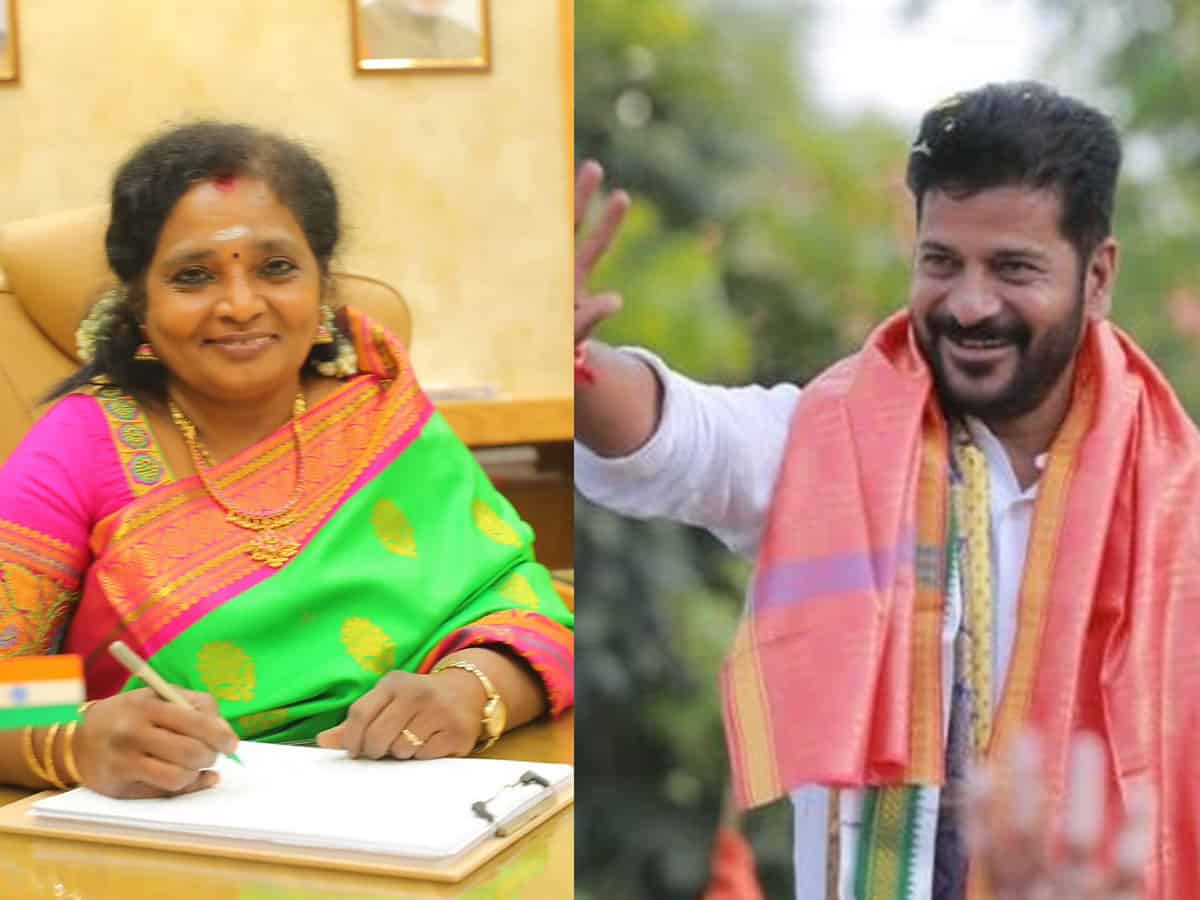 It’s official now that the Telangana Governor and TRS government are not in talking terms. In her New Delhi trip, Governor Tamilisai Soundararajan stated that she was repeatedly insulted by the KCR government. TRS working president KTR reacted to Governor’s comments and added that she is self-imagining things on her own.

T-PCC chief Revanth Reddy responded to the Telangana Governor versus TRS government controversy and he has come in support of Governor Tamilisai. “This is a deliberate act of the TRS government to cover its failures and make baseless allegations on the Governor,” said Revanth.

The PCC chief further asked the Governor to utilise her special powers. “Using the section 8 of the Andhra Pradesh Reorganisation Act, the Governor can review education, health departments along with Law & Order. The Governor’s decision can be final in this regard,” stated the Malkajgiri MP.

Revanth also demanded action against officials who did not follow the protocol in the Governor’s visit to Medaram and Yadadri.

Certainly Revanth has raked up a new debate about the Governor’s ‘special powers’ citing the AP Reorganisation Act. Will Governor Tamilisai intervene then?