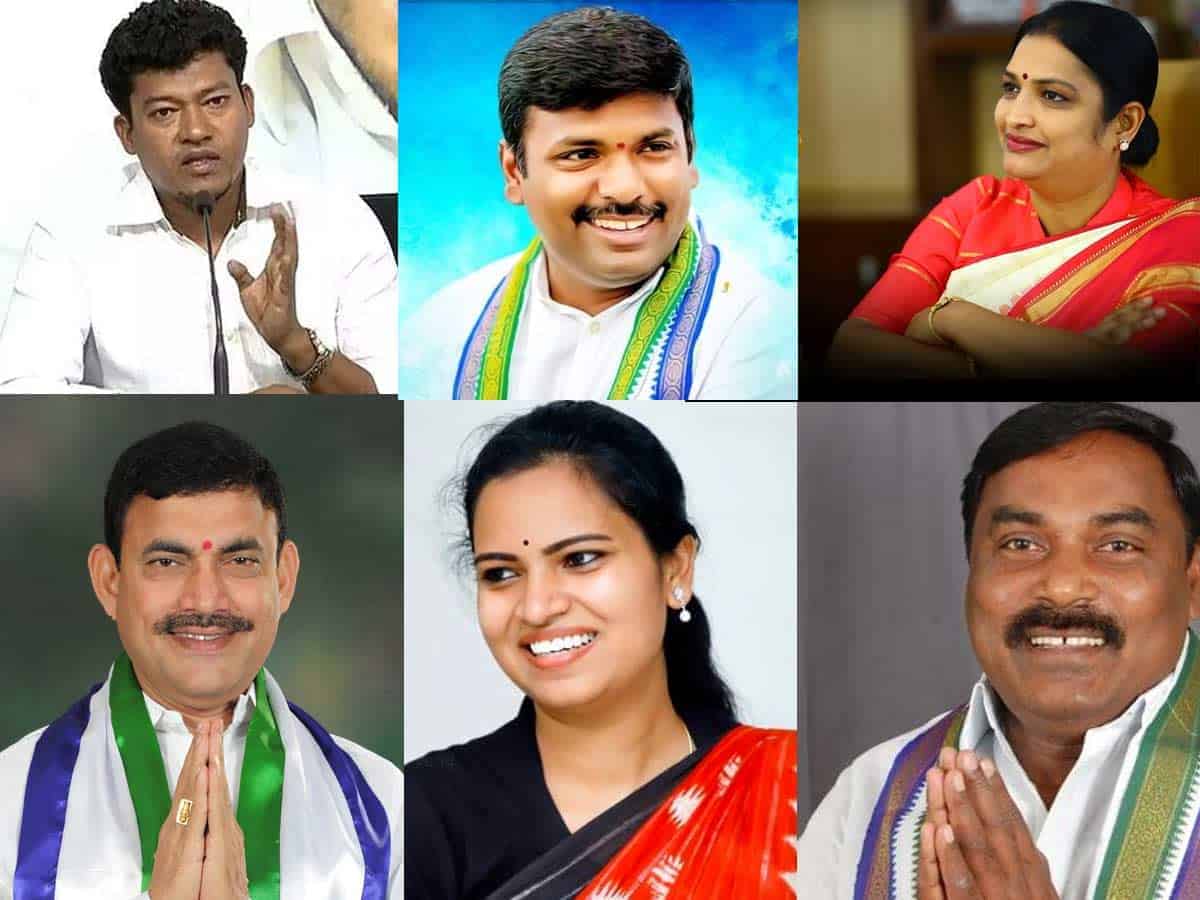 Sometime back the new AP cabinet was sworn-in with 25 ministers including 13 new faces. Among them, six ministers who are first time MLAs, received the cabinet slot and that’s a big talking point. When the new cabinet is deeply looked upon, the six ministers had huge luck in their favour because they overcame the seniority, district wise community equations and a few more minor hurdles.

Gudivada Amarnath from Anakapalle constituency, Vidadala Rajini from Guntur’s Chilakaluripeta and Ushasri Charan from Anantapur’s Kalyanadurgam were MLAs for the first time. They successfully contested from the respective constituencies in their first attempt and within three years, they were inducted in the cabinet.

Merugu Nagarjuna who lost the polls in 2009 and 2014, succeeded in his third attempt (2019). He represents Vemuru Assembly constituency and now he is a cabinet minister. Sidiri Appalaraju who hails from Palasa constituency and Chelluboyina Venugopalakrishna from Ramachandrapuram constituency were made ministers about a year and half back. In the retention of ministers, Appalaraju and Venu Gopal found a place and they would continue as ministers till next elections.

All the six lucky ministers hail from Kapu, BC and ST communities and that’s quite a balance of communities done by CM Jagan. But compared to the first cabinet, Jagan had put in a lot of effort for the second cabinet. The requirement is low while aspirants are in huge numbers and already a couple of ex-ministers like Balineni and Mekathoti Sucharitha are deeply upset about losing a spot in the cabinet.

A majority of the aspirants for cabinet hail from Reddy community and are very close to CM Jagan. Strangely Jagan set them aside and he had no choice either. As a result, in constituencies like Macherla, Jagayyapeta, Nellore Rural and Ongole, YCP MLAs are deeply pained by getting ignored.