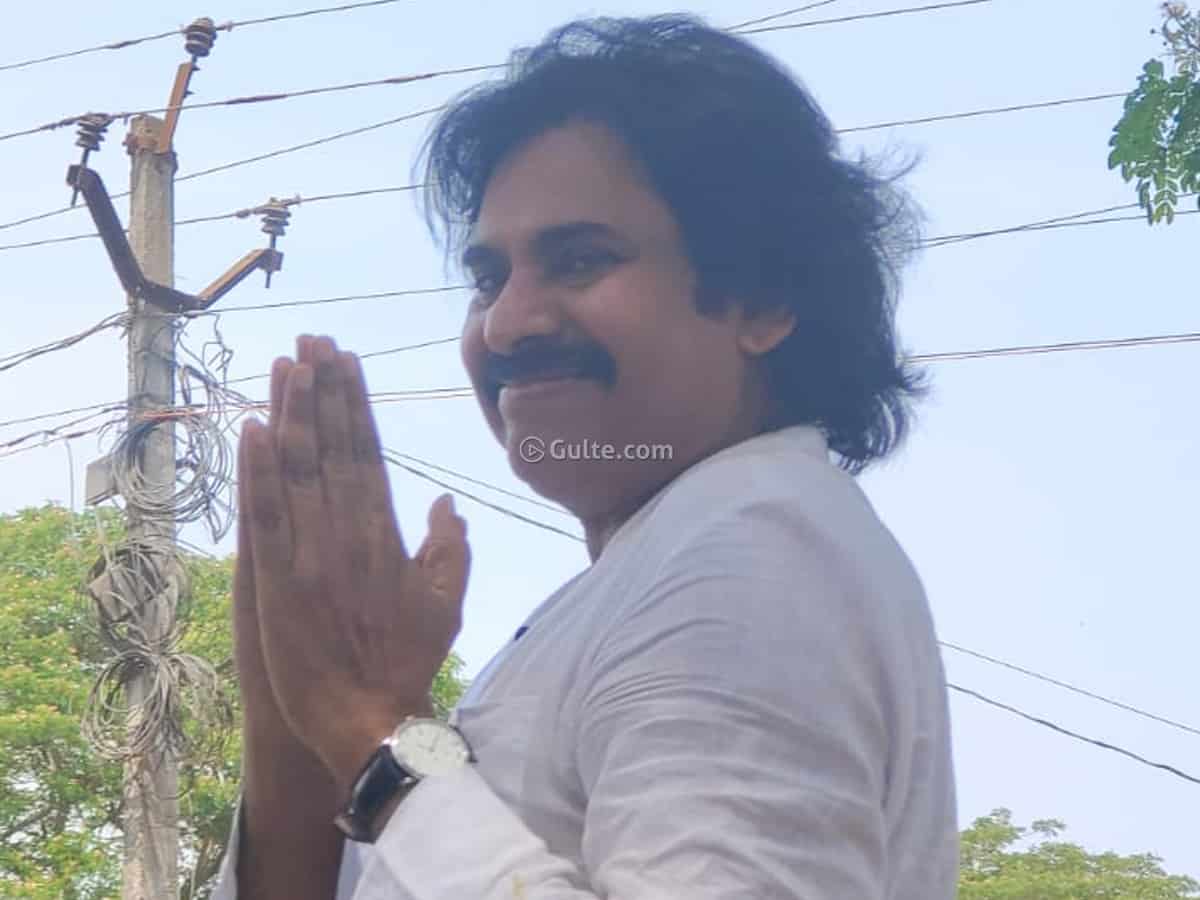 A video showcasing all this euphoria in Pawan’s car rally at Veleru Adda Road is going viral on social media. In a hilarious twist, “Jai Jagan” slogans were also heard a few times in the video.

However, it’s not certain if it was the job of overenthusiastic YSRCP fans who raised these slogans in Pawan’s road show. While Pawan fans are fuming over this unexpected incident, Jagan sympathisers are having the last laugh on social media.

This evening, Pawan will kickoff Janasena Racha Banda in Pedavegi mandal as part of his tour. He will later head to Vijayarayi village to visit the families of the farmers who ended their lives by suicide and offer them Rs 1 lakh each. The Janasena president recently visited several other villages in AP and offered Rs 1 lakh financial aid to the families of farmers who ended their lives during Jagan’s rule.