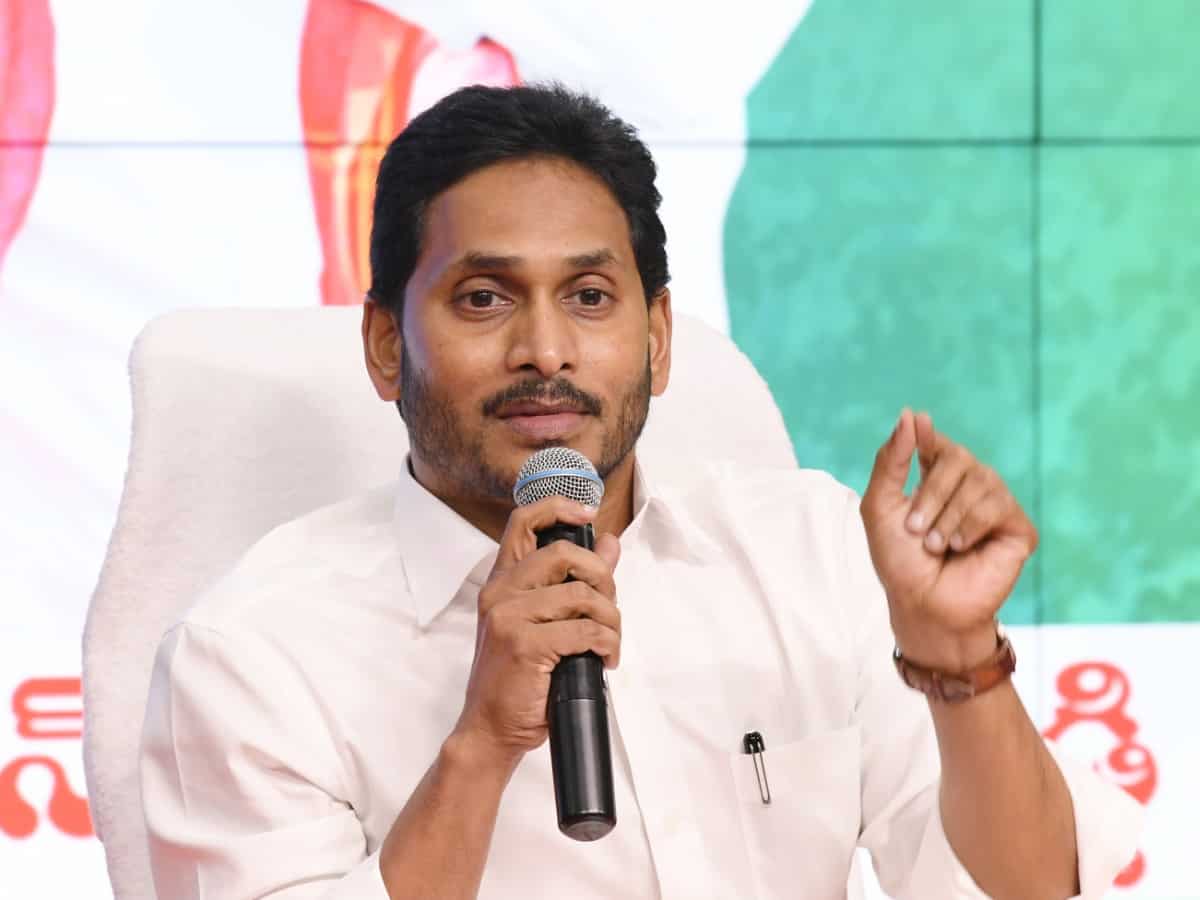 Chief Minister Y.S. Jagan Mohan Reddy sounded overconfident when he questioned his party MLAs about why could not YCP win all the 175 seats in the Assembly in the next elections. Having distributed nearly Rs 1.37 lakh crore in the last three years through various welfare schemes, as part of Navaratnalu, will not the people who benefited from them vote for the party, he asked.

Further, the government will disburse Rs 55,000 crore this year and another Rs 55,000 crore next year which means the money distributed to the poor will total up to Rs 2.50 lakh crore. In such a case, the party should not go below the 151-mark which was achieved during last elections, he reasoned.

The CM made these remarks while addressing the ministers, party coordinators, party district presidents at his camp office. He explained them the party’s action plan to woo voters in the run up to the Assembly elections.

Not a tough task

Isn’t there a difference between the last election and next polls, he asked. Last time, Kuppam was not in the YCP kitty. This time, our party swept the polls in Kuppam. In such a scenario, if the party leaders and cadre work with dedication and make the people know the good done to the poor in the YCP rule, it should not be a tough task to win all the 175 seats in the Assembly, Reddy felt.

He also said that the YCP had prevented graft and discrimination against the beneficiaries by directly transferring funds online, pressing buttons. The CM said that the party cadre having direct contact with the voters should in fact, be respected more than the ministers as they can influence the electorate. He told the ministers to respect the district-level party leaders, as then alone would the party men there cooperate with them. The party district unit presidents will soon become ministers, he said and traced their growth path. They will be made the chairmen of district development committees and then given Cabinet berths. The ministers should also campaign going door-to-door just like MLAs, he said.

Truth is more powerful than belief

Jagan said that belief was more powerful than truth but our party should try to prove that truth is more powerful during next elections. Tell the people that the YCP had fulfilled more than 95% of the promises made in the manifesto and benefited them through the direct benefit transfer (DBT). I think no other government in the country did this better than us both in the state and in the country, he said.

He directed the party cadre to begin door-to-door campaign from May 10 in the state. The party should function in the top gear and try to woo voters by explaining them about all the good done to them during the last three years, he said, adding that the campaign should be considered an official programme. Only a few ministers are really performing well while many others are at the mediocre-level. Around 10-15% are at the low level, he said and asked both the middle and low performing legislators to use the door-to-door campaign as a means to improve their cadre and prove themselves.

Three pamphlets to each house

Every household should be given three pamphlets, including a copy of the manifesto, works completed in the manifesto and another listing out the Nadu-Nedu differences. Ask the voters to put a tick against the works and issues that changed under the YCP rule, he said. Each MLA should visit 10 village secretariats in a month, and stay at least 2 days in each secretariat.

He also asked them to use Sakshi newspaper and TV during the campaign, as they are owned by Jagan himself. He also directed them to social media and try to instill confidence in the party functionaries at the grassroots-level.

When the party leaders told him that several YCP leaders were not in a mood to work for the party as pending bills had to be cleared, he said that each MLA would be given Rs 2 crore which they can use their tours to the villages. Before May 10, the government would settle bills of the panchayats by utilizing the funds released under the 14th and 15th financial commissions.

The directions given to the party cadre and the CM’s reasoning make one understand that Jagan is looking only at the brighter side of fund disbursal, as it is in his favour but there is the other side of the coin which is reflecting as discontent among taxpayers, political observers felt.

It is not distribution of money alone that can get political parties retain power. There is something more to it and Jagan should understand that which will get them connected to the voters, senior political leaders said.