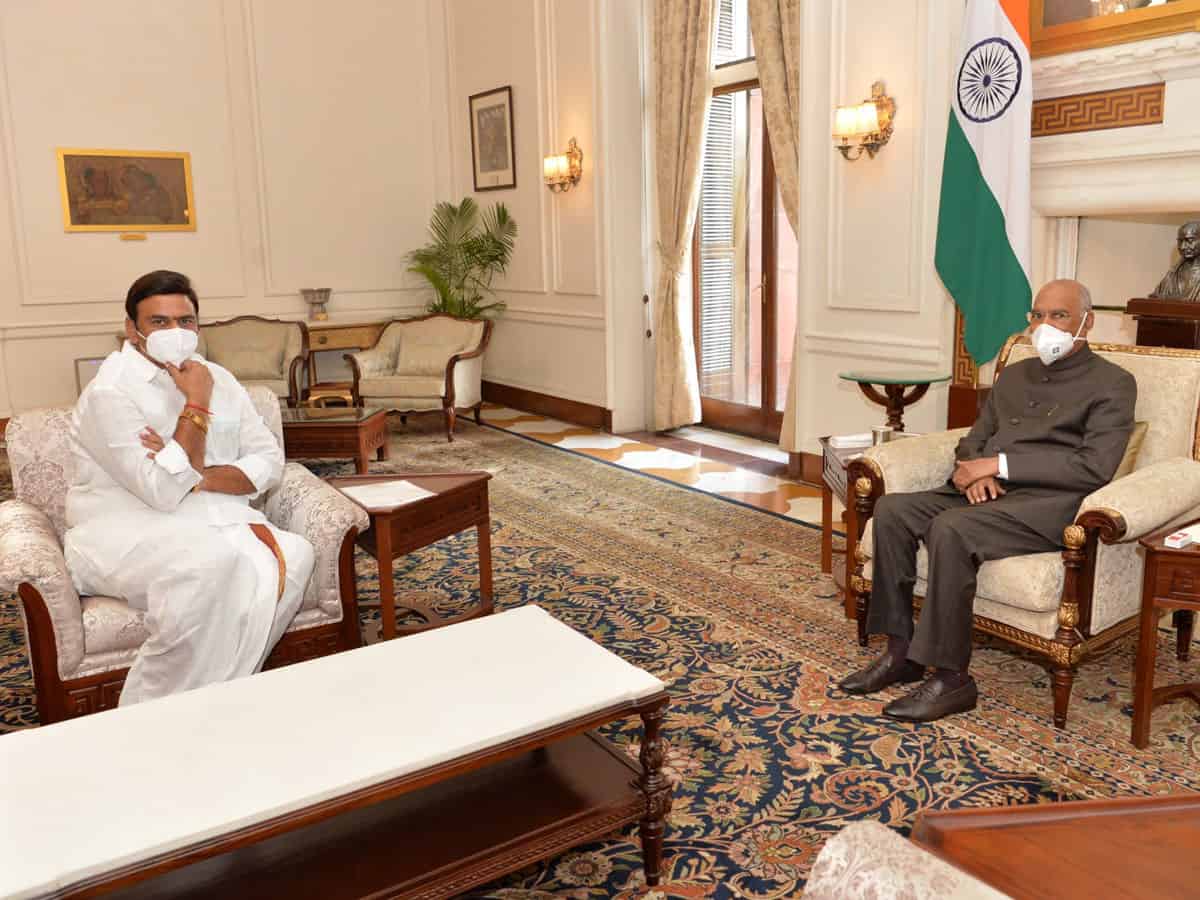 Farmers of the capital region, who pooled their agricultural land for building the capital city, Amaravati, thanked Narsapuram YCP MP Raghurama Krishnam Raju for expressing solidarity with them in their fight against shifting the capital from Amaravati.

Krishna Raju had earlier publicly expressed his objection to shifting the capital from Amaravati, though he belonged to the YCP which has been advocating ‘three capitals’ concept. A couple of days ago, it was also reported that the MP met President Ramnath Kovind and submitted two letters. One of the letters is a request to retain Amaravati as the lone capital of Andhra Pradesh and the other is regarding providing protection to him as he fears there is a threat to his life, following his remarks against the YCP stand on various issues.

The YCP leader was branded a rebel MP as he has been opposing the party’s decisions and policies in various areas.

In Uddandarayunipalem, one of the villages in the capital region, the farmers performed ‘palabhishekam’ to his portrait. They expressed happiness over the YCP MP supporting their cause even when the local MLA Alla Ramakrishna Reddy was being non-chalant towards their agitation.

Raising slogans ‘Jai Amaravati’ and ‘Moodu rajadhanulu vaddu-Amaravate muddu’ ‘Oke Rashtram-Oke Rajadhani’, they urged the people in the state to support their cause as it would help AP prosper in the coming days. They alleged that the YSRC government had betrayed them by deciding to trifurcate the capital.