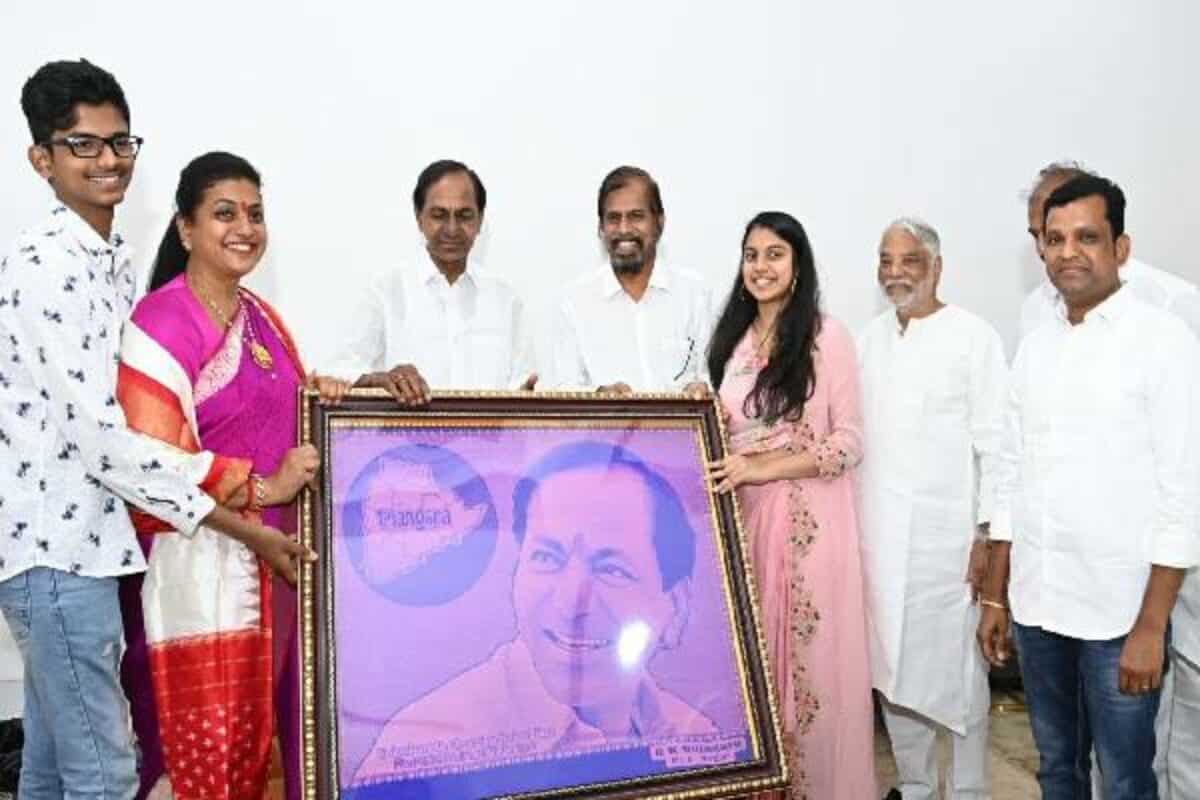 In a surprise, AP tourism minister Roja appeared at Telangana Pragathi Bhavan this evening and she reportedly met Telangana CM KCR. Post meeting the TRS chief, Roja added that KCR is like a fatherly figure to her and she took his blessing after becoming minister.

Then journalists asked about KTR’s remarks on AP that created a huge political uproar and Roja condemned it. “I have seen the video on WhatsApp but he nowhere mentioned AP. KTR commented about the neighbouring state and it was unclear in his comments. But if KTR really meant about Andhra in his comments then I would like to condemn such remarks,” said Roja.

Adding, “As a tourism minister, I would like to welcome KTR to Andhra Pradesh and I will show the state’s progress under the leadership of AP CM YS Jagan. The whole country is watching AP and Jagan’s welfare schemes are popular all over the country. Even Tamil Nadu CM MK Stalin appreciated Jagan’s mark of governance and there needs no certification.”

Roja also poked pun that KTR should reveal that friend who said there was no electricity and water in his village while roads are in bad condition.

The new tourism minister was a bit diplomatic but strongly endorsed Jagan’s governance.