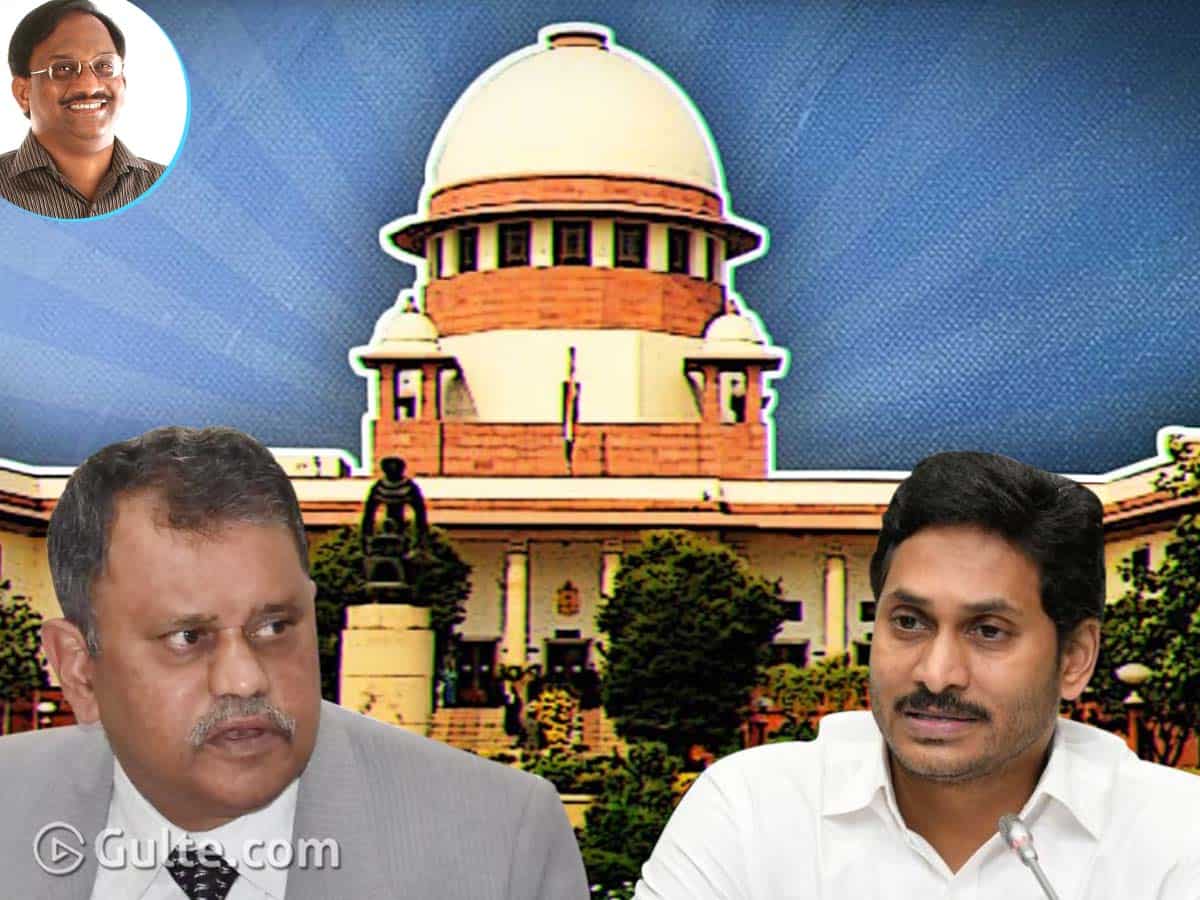 Yet again, the YS Jagan Mohan Reddy led government in Andhra Pradesh faced a rebuff in Supreme court as the apex court dismissed its plea on Nimmagadda Ramesh Kumar case.

The Andhra Pradesh High court in Para 318 of its verdict clearly directed the State to restore Nimmagadda Ramesh Kumar as the State Election commissioner and allow him to continue in his office till he completes his tenure.

But, the Andhra Pradesh government refuses to yield, giving different interpretation to the court verdict and citing the fact the High Court judgment stands challenged in Supreme Court.

Nimmagadda Ramesh Kumar aggrieved by the recalcitrant attitude of the state government moved a contempt petition in High Court praying for the implementation of the court’s order. The High Court is seized of the matter and meanwhile instructed the petitioner to meet Governor.

Firstly, the state government can appeal in Supreme Court on contempt proceeding before the lower court. The argument that Jagan government lacks legal sense in doing so is nothing but ignorance of law and the Constitutional proceeding.

The article 129 and article 215 of constitution empower these Constitutional court called Courts of record to punish someone for contempt of court. Various judgments have amply made it clear what actions or inactions constitute contempt of Court under the constitutional scheme of things
In Vinay Chandra Mishra case, 1995, the apex court stated that it can hear a matter pertaining to contempt of High courts as it is the appellate court and a higher court. Therefore, Jagan government moving the apex court to stall contempt proceedings in high Court is not out of law.

While dismissing the state government’s plea to stall the contempt proceedings in the Higher Court, the apex court reportedly reiterated that it has not given stay on High court verdict restoring the office of Ramesh Kumar.

Non compliance of court orders will only weaken the authority of the court and undermine the public confidence in courts and amount to Contempt court as opined by the Supreme Court in EMS Namboodirpad versus T N Nambiar in 1970. Similarly, as per the apex court judgment in Narmada Bachao Andolan, 1999, any misrepresentation or wrong or incomplete interpretation of court orders also tantamount to contempt of court.

The YS Jagan government is unnecessarily inflicting on itself constitutional contempt that does not in any way further its political esteem.