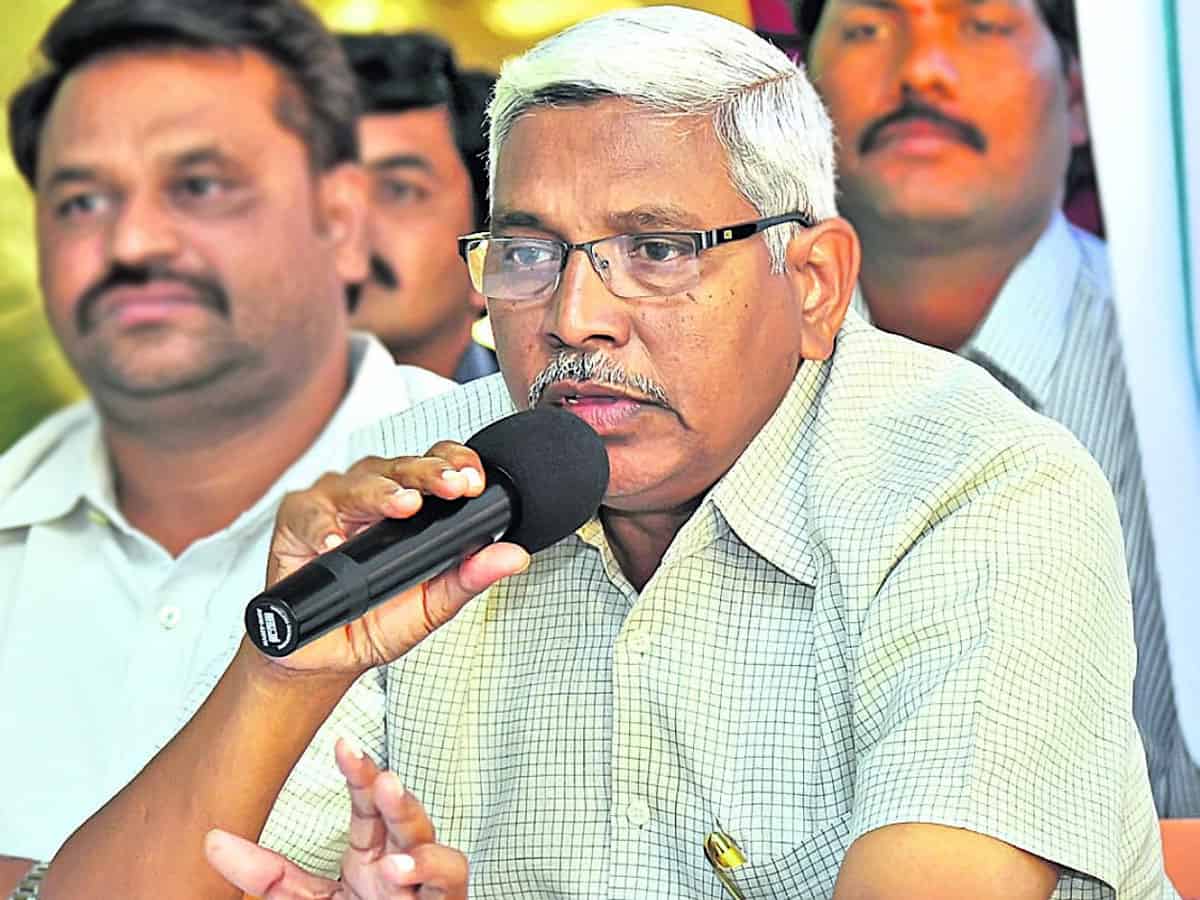 Telangana Jana Samiti (TJS) president Prof. M. Kodandaram seems to be eyeing the Graduates MLC post. Sources said that the professor has begun exercise to gear up for elections to the MLC post which would fall vacant next year. He is also learnt to have heightened his efforts to grab the MLC post.

TRS president and Chief Minister K. Chandrashekar Rao had given MLA ad MLC posts to many important leaders of the T-JAC. KCR reportedly offered a similar post to Prof. Kodandaram too at that time but the latter refused it gently and had been continuing his fight.

Later, KCR could not digest the harsh criticism by the professor though they had moved very closely during the Telangana movement. When the agitation was at its peak, the TRS chief heaped praises on Kodandaram but the criticism against him by the same professor made him furious and KCR lambasted him in the public.

KCR said that running a party was not as easy as opening a ‘pan dabba’ and that the professor should control his tongue remembering that he could not even win as a ward member. Hurt with the harsh words of KCR, Prof. Kodandaram has united all the opposition parties and has been continuing his fight. In the 2018 general elections, the TJS contested but could not wield any influence on the voter.

However, the insulting remarks by KCR kept the spirit to be a member in either of the legislative houses alive in Prof. Kodandaram and he had been trying to achieve it whenever he had an opportunity.

During the last elections, he contested from Jangaon Assembly constituency with a Praja Kutami ticket. But, being the native constituency of former minister and ex-PCC chief Ponnala Lakshmaiah, Prof. Kodandaram had to take a backseat in the last moment due to some changes in the political equations.

There is buzz that the professor is trying to win the Khammam, Warangal, Nalgonda Graudate MLC seat for which election would be held next year. At present, this constituency is being represented by MLC Palla Rajeswar Reddy and his tenure will end in March. The public in the constituency from which the professor is planning to contest has a strong Telangana sentiment. Significantly, since the Telangana agitation, all the elections for this MLC post were won by the TRS-backed candidates.

The professor reportedly has begun meeting his old friends and speaking to them, eyeing victory from the constituency. There is talk that he is also speaking to the TDP, Congress and Left party leaders and seeking their cooperation to emerge victorious in the elections. All these parties have a strong hold on the voters in Khammam district.

Only educated people will have the right to vote in the Graduate MLC elections and the professor is of the opinion that the anti-government sentiment will work to his benefit. He is of the idea that the TRS failure in delivering good governance will help him in gaining the anti-TRS votes and feels that this constituency is safe for him.